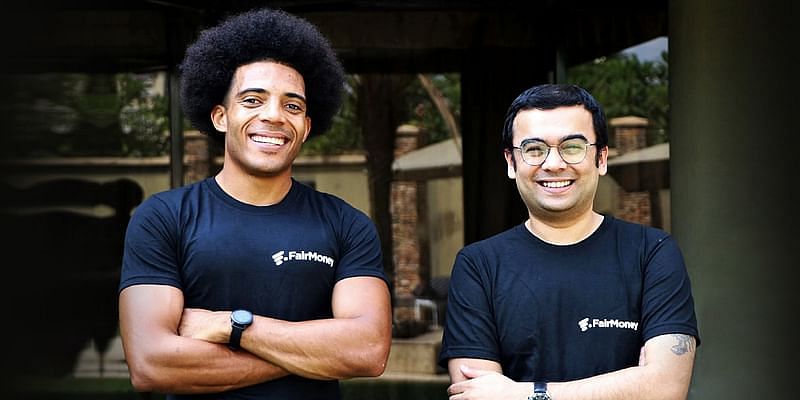 FairMoney, the Paris headquartered mobile bank has set its target onto the Indian market now having gained a strong foothold in the Nigerian market.

FairMoney was founded in 2017 by Laurin Hainy, CEO, Matthieu Gendreau, CTO and Nicolas Berthozat – product co-founder with the vision of being the first mobile bank for emerging markets. With a little over three years of existence, FairMoney already has technology centres in four locations across the globe: France, Nigeria, Latvia and now India.

This startup started its journey in Nigeria three years ago with digital lending where they provide loans to those kind of borrowers who are normally bypassed by the traditional commercial banks and in the most friction less manner. The goal is now to extend their offering to full fledged mobile banking services with FairMoney current accounts, cards, saving products, payments etc.

In India, the company is starting off with what it does best: providing loans with amounts as low as Rs 1,000 and going all the way up to Rs 50,000 to those needy sections of the populations who still remain untouched by the traditional financial institutions.

All this is entirely done through a mobile app. Leveraging advanced technologies such as artificial intelligence and machine learning, FairMoney is able to give loans in a matter of minutes to customers who would traditionally struggle to get approval from traditional banks. The result: a seamless, paperless and end-to-end 5 minutes experience for the users.

Given FairMoney’s experience in Nigeria, it is very keen to replicate this in India starting with digital lending.

FairMoney started operating in Nigeria 3 years ago. It is now the largest digital lender in the country.

Now, FairMoney has set its sight of expansion into India. As Laurin Hainy mentions – the decision was based on insights gained from data rather than sentiments.

The factors which made FairMoney expand into India was the robust KYC system under Aadhaar, resilient payment systems like UPI, good credit landscape. Also, the most attractive proposition for FairMoney is a large underserved market in India.

Also, there is increasing thrust from the government and the regulator to foster the growth of cashless transactions. Six month into the Indian market, FairMoney has already served close to 2 Lakh users.

For Maxime Cerisier, leading FairMoney international expansion to India, “operating in India is also an opportunity to tap into a new pool of great talents being as close as they can be to the final users – in essence the best recipe to create a great product”. The company has started to attract engineering talents as well as product professionals for its India operations and building a team who have expertise in areas such as AI & data science.

FairMoney has its headquarters in Paris, France

The company which has its 100 odd employees across the locations of Paris in France, Lagos, Nigeria, Latvia and now India believes in inculcating a similar culture across all its places of operation.

As this fintech startup is trying to solve the whole challenge of financial inclusion, it believes in creating a strong sense of company values.

The key theme for FairMoney with regard to employee engagement rests on the philosophy “there is no lower voice than another”. This means that everyone’s ideas can have a high impact on shaping the company and product future.

No wonder why one of the core values at FairMoney is: “Own, don’t rent.”

FairMoney is keen on two counts: growing the business with a strong metric-driven mindset while allowing every talent in the company to personally grow and achieve his career goals.

This is achieved by FairMoney as it does not believe in hierarchy and this even gets extended to its hiring policy where it looks to onboard people based on their skill set and talent, rather than mere experience.

This fintech startup is also deeply engaged with the most advanced technologies like machine learning, data science, analytics giving the opportunity to employees to work on these areas as well as learn. In short, it is all cutting edge technology. The company has also laid down plans in increasing the headcount in India to over 50 by the end of this year. The aim is to build a Centre of Excellence (CoE) teams across Engineering, Product, Data Science verticals.

As discussed with Mayank Mangalam, leading talent acquisition for FairMoney in India “given its European heritage, FairMoney is deploying some of its best HR practices like flexible leave policy, extended vacations, meaningful maternity as well paternity leaves”. Besides, the employees in India also get the exposure to interact and also visit the other technology centres of FairMoney across the globe.

FairMoney believes in a well rounded growth of its employees who can combine their passion for technology to build easy to use products as well as pursue their non-work interests.

The Lagos and Paris-based company raised an $11 million Series A in 2019.

from Adventnet to a self-funded unicorn

How can technology help recover the pandemic-hit restaurant industry