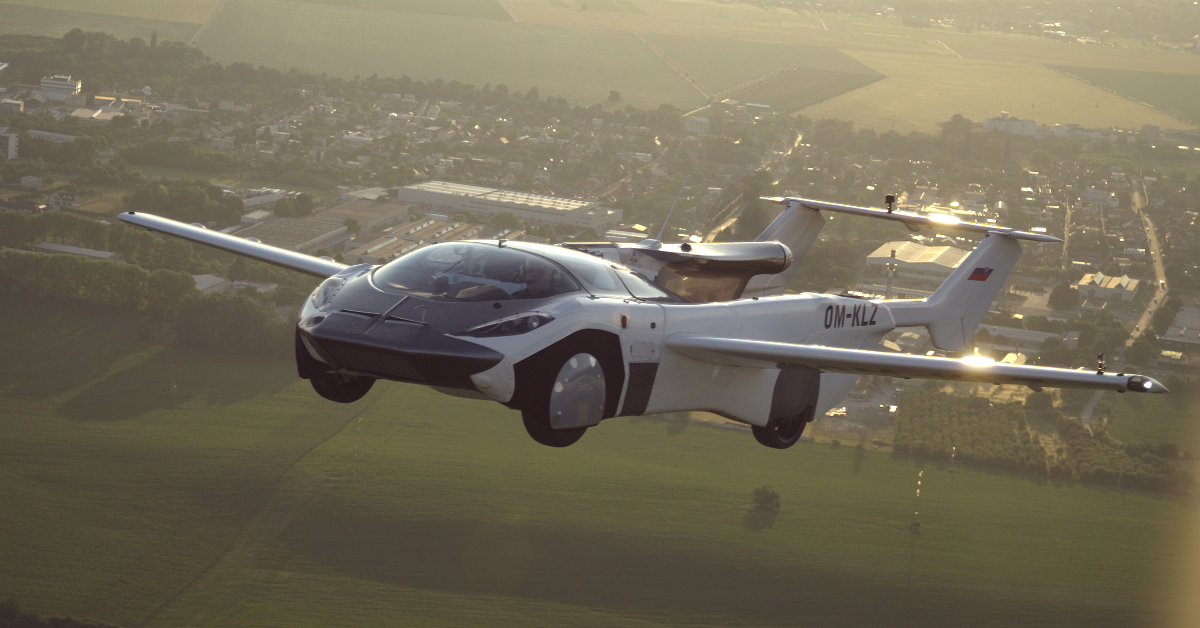 There have been a lot of talks about flying cars for some decades now!

In fact, The Jetsons, a television cartoon produced by Hanna-Barbera in 1962, predicted the flying cars alongside the representation of the optimistic view of technology in the future.

It’s worth mentioning that The Jetsons series was set in 2062, so we still have some time before we are all driving around in flying cars.

Interestingly, flying car ideas were first introduced in 1917 — Curtiss Autoplane. It had wings and a rear propeller mounted on a car. Even though the vehicle was capable of lifting off the ground, it never achieved full flight.

Thirty years later, in 1947, the Convair Model 118, the ConvAirCar, was introduced in the post-war era of aviation. It had a two-seater car with detachable wings and tail, aimed at mainstream consumers. It has even completed 66 test flights, but enthusiasm for the project waned and Convair cancelled the program.

Fast forward 74 years, Klein Vision, a Slovakian company, is all set to make flying cars both reality and commercial.

The flying car flew between international airports in Nitra and Bratislava, Slovakia.

This flight starts a new era of dual transportation vehicles. It opens a new category of transportation and returns the freedom originally attributed to cars back to the individual.” said Professor Klein after exiting the AirCar cockpit in Bratislava.

From aircraft to sports car

After landing, at a click of a button, the aircraft transforms into a sports car in under three minutes, says the press release.

It was then driven by its inventor, Professor Stefan Klein, and co-founder, Anton Zajac to downtown Bratislava.

“AirCar is no longer just a proof of concept; flying at 8,200ft at a speed of 100kt, it has turned science fiction into a reality,” says  Anton Zajac, the co-founder of Klein Vision.

A couple of years before, consultant company Morgan Stanley predicted that the flying car industry will be worth $15T by 2040.

Klein Vision has designed a couple of prototypes so far with different engine capacities and other specifications.

AirCar Prototype 1 houses a 160HP BMW engine with a fixed-propeller and a ballistic parachute.

The AirCar has completed over 40 hours of test flights, including steep 45 degree turns and stability and maneuverability testing, under the supervision of the Civil Aviation Authority (CAA).

The AirCar Prototype 2, which is the pre-production model, will be equipped with a much powerful 300HP engine and receive the EASA CS-23 aircraft certification with an M1 road permit.

“This flight starts a new era of dual transportation vehicles. It opens a new category of transportation and returns the freedom originally attributed to cars back to the individual,” says Professor Klein after exiting the AirCar cockpit in Bratislava.

Check out the video here:

So you have a 380x revenue multiple — now what? – TechCrunch

Nium crosses $1B valuation with $200M Riverwood Capital-led round – TechCrunch