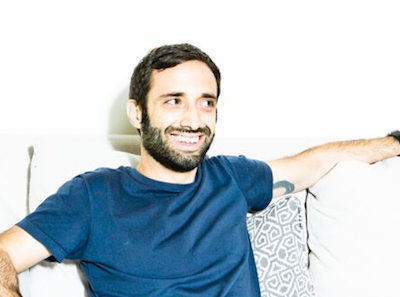 The perfect side hustle fuses passion, expertise and a prototyping mindset. Hustling comes naturally to entrepreneurs, and during the pandemic, it has become even more essential to get out there and make a buck. To naysayers who fear a side venture might divert them from an amazing startup or great job down the line, listen close: side hustling is cross-training for your best business performance. It builds on your talent and develops new muscles and capabilities. Changing not just how you jump on hot trends, but how you adjust your trajectory mid-career. And you never know how far it might go. More than a few side hustles have become hugely successful startups, starting with Craigslist and Airbnb.

This story is not about standard side gigs like driving for Uber, renting out your extra room on Airbnb or knocking off a few tasks on Fiverr. We’re showcasing a higher hustle that encapsulates who you are and where you’re headed. The side hustle that is ideal to expand your skills, hone your acumen and get to your next big thing. Let’s meet a few people on this path.

Chris Castiglione knew he had a valuable asset – the ability to earn a high hourly rate as a top coder. Inspired by Google’s “20 percent rule,” where the company would encourage staffers to pursue a passion project one day a week that might scale (Google News, Gmail and AdSense all grew out of this model) he decided to “do that for my life.” Castiglione said no to Friday meetings and declined multiple job offers: “I was like, I’m going to really resist a full-time job because I love the idea of creating.”

Inevitably, his side hustles flowed from curiosity and generosity, and from his network, especially his co-working hub.

“I spent a few hours every Friday with someone I admired, and thought was really smart,” Castiglione said.

He brought his tech skills to a couple of entrepreneurs working on new media that developed into the Risk! podcast and The Story Studio, successful ventures from which he continues to profit. Several years ago, he was asked to help build an online course.

“I was like, ‘I’ll just help you, you’re a friend, let’s brainstorm.’ And of course, I got involved in it,” Castiglione said.

The venture grew into the online coding school, One Month. Castiglione and his partner applied to Y Combinator, got in, and got funded. The side hustle became the startup.

Related: The Startup Coaching Playbook: Do You Need a Business Coach?

A crash course in business models

Offering your talents to others without knowing where it will lead is key to the side hustle.

Mathieu Guerville led two lives. The business development director living in San Francisco scouting mergers and acquisitions had other plans for his off hours.

“I was buying tech companies in my day job, and then trying to start tiny tech ventures,” Guerville said.

One early startup was modestly successful, but more importantly, Guerville was embarking on a crash course in emerging business models and tools. In three years, he downloaded roughly 600 new apps and services. He read a New York Times article on the adult coloring book craze, and thought, “I could do this. I understand everything it takes to create a business around this!” That included the ideal platform to make it a subscription business, the right tool to create the coloring books. A few weeks later, he launched Chroma Club, had fun building up the business, finding the target customer (suburban and rural moms) and later selling the company. Next up – a card game to teach intrapreneurship. He was hooked on side hustles.

Now, Guerville is Director of North America for the financial firm Valutico, and bringing his talents to teaching. A few months ago, he blasted out cold emails to pitch an intrapreneurship class. The University of Wisconsin said yes, and his three-day workshop premieres there this spring.

The side hustler life is demanding. While at university, Sandro Pinto started an engineering firm, then upon graduation, accelerated his hustling. He worked nights from 8 p.m. to 2 a.m. on the student-led firm before showing up for his full-time engineering job at 8 a.m. He earned an MBA by cramming on the weekends, then just had to start something entirely new, the strategy consulting firm Outglocal.

Like Guerville, Pinto was hungry to be exposed to a variety of businesses to discover more side hustles. In 2017, a furniture retailer he’d been advising for a few years grew rapidly, and rewarded him for his dedication. At a celebratory dinner with the three founders, they announced they’d decided to give him 10 percent of the company, pitching in 3.33% each.

Explains Pinto, “They told me I was acting as a partner before I was one.”

Side hustling can be a juggling act, though.

When his medical devices side hustle, OG Medical, ran short of cash, Pinto brought on investors, reducing his share to 25%. But the pandemic proved a blessing, as revenue rocketed from roughly $400,000 in 2019 to more than $4 million in 2020.

The other side of the table

Mark Netter had worked in entertainment advertising for 17 years for movie studios. When a Warner Brothers gig wrapped up, he thought, “I could probably do the job that a lot of my clients are doing.”

He promptly co-founded the media startup ElectraCast to produce high quality, talent-driven podcasts as a means to develop media rights. Then, just before the pandemic, Netter began teaching entertainment marketing at the Los Angeles Film School.

His startup feeds his teaching side hustle and vice versa.

“What’s great about it, and why I want to keep it going as my company (ElectraCast) becomes successful is that teaching keeps you sharp, it keeps you in touch with young people,” Netter said.

His teaching side hustle has clued him into young artists to star in his productions, taught him about marketing for emerging media and “provided interns that we’ve brought on board for editing and marketing.”

Kelley Nayo-Jahi launched her first product out of necessity. She’d struggled with eczema, and when she couldn’t find the moisturizer she needed at the local’s farmer’s market, she decided to make it herself.

She had an impressive background, a bachelor’s in economics and MBAs in finance and entrepreneurship. Nayo Partners, her company, provided strategic consulting for founders in creative businesses.

“I call it putting their ideas in a car and driving them where they need to go,” she explained.

One day, she wondered, why couldn’t she drive herself?

Body Butter began as a hobby for herself and friends. But once she placed the product at the center of a six-week entrepreneurial bootcamp, she found the impetus to launch. Nayo-Jahi filed the paperwork, created the website and signed up retailers. It started to take off, and she was ready to quit her day job and go all-in when the pandemic hit. Instead, she kept consulting, and this past fall, a younger cousin in the events business called.

“I’m working with someone 20 years younger,” Nayo-Jahi said of her partner, Andréa Long. “The combination of her ideas and mine, it’s great having that energy between us.”

“Big companies need to fill diversity,” she said. “But they don’t know where to start.”

Lyft and Twilio are early clients. This side hustle scales, too – companies order hundreds of gift boxes at a time, and interestingly, most of Nayo-Jahi’s vendors are also side hustlers.

“They’re like, ‘Oh, I work at Accenture during the day and make candles at night,” she said. Nayo-Jahi loves seeding these kindred entrepreneurs. “We have 25 to 30 order minimums,” she said. “So it’s wonderful to call these people up with an order and send them a thousand dollars for their product.”

As a professional advising small companies, Nayo-Jahi is learning a core truth: “Sometimes people don’t give the side hustle the same level of seriousness, and then they wonder why it’s stalling.”

She advises joining or creating accountability groups to define what you want to accomplish and regularly talk about progress and share feedback.

“Giving this little bit of attention to it sends a signal to yourself and to the universe that you take this seriously,” Nayo-Jahi said. “It’s important to really lean into the side hustle.”

“Nearly every success I had came out of that 20% time,” Castiglione said of his many side hustles. “There were a lot of failures too, but that’s the cool thing about it.”

The post The Perfect Side Hustle: Amplify Your Strengths and Sharpen Your Skills appeared first on StartupNation.

SOLVE to push for business growth with digital-first customer experiences

Gambling With Cryptocurrency: A Guide