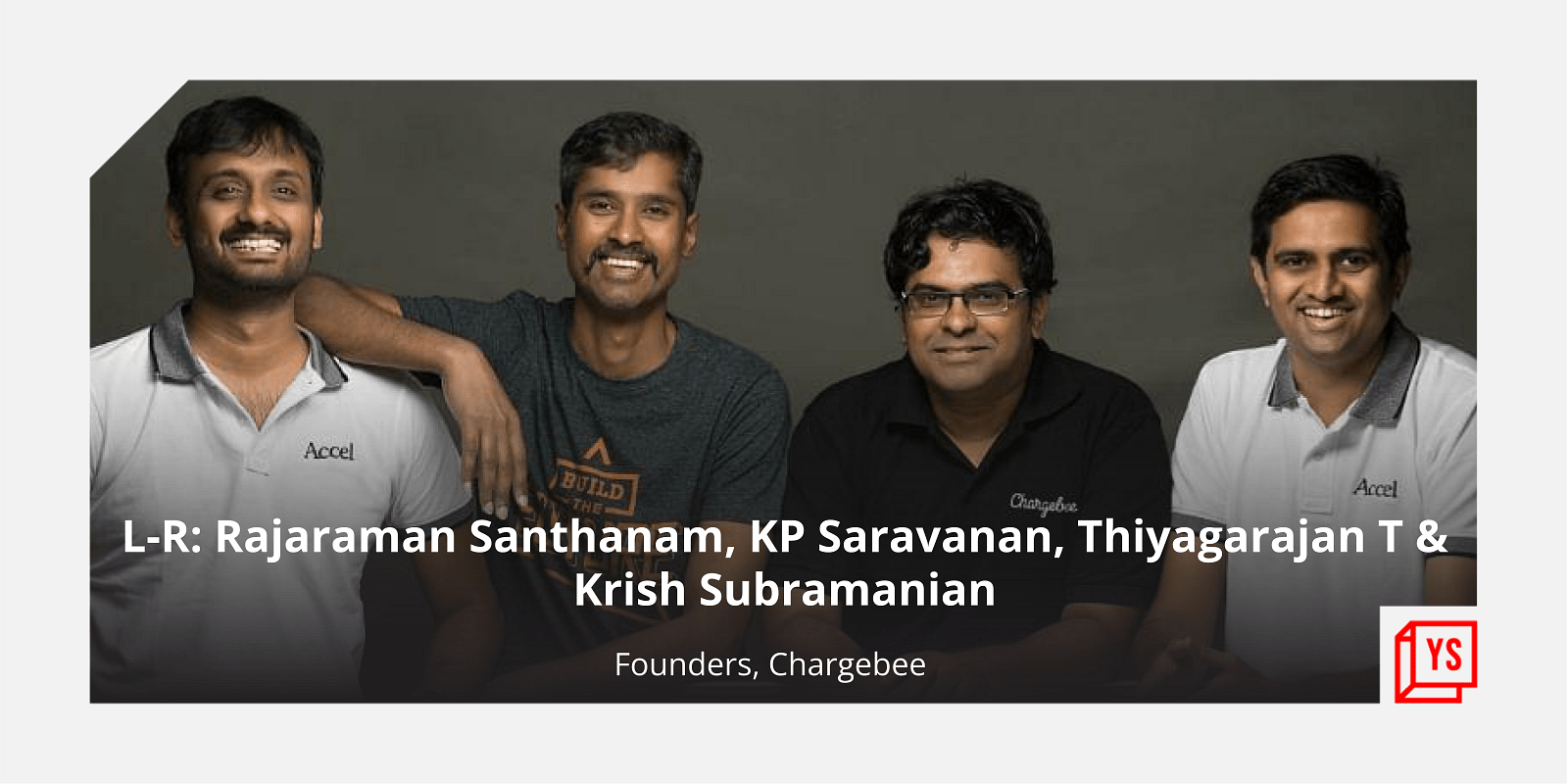 Chargebee claims to address the need to automate revenue operations of over 4,000 high-growth subscription-based businesses from startups to enterprises like Okta, Freshworks, Calendly, and Study.com, among others. It aimed to help SaaS businesses streamline their revenue operations.

How was it started?

This Tech30 startup was a catalyst of the personal experiences of Chargebee co-founders – three of whom did their time at Zoho. They decided to offer a solution to a problem they had extensively studied over their decade-and-a-half stint in the B2B SaaS product management and enterprise software management space.

The problem that every growing business encountered around then was the need to automate billing for subscription businesses and make payments.

Chargebee’s first SaaS product targeted startups and SMBs. In 2017, it spotted a gap in the way businesses billed their customers on a recurring basis, which was a continued point of friction.

“However, billing as a category was yet to find a firm footing,” Krish told YourStory in an earlier interaction.

From 2013 to 2015, Chargebee focused on two important aspects of the business – customers and the product roadmap. It evolved from being an invoice and billing solution to a billing intelligence layer between businesses and payment gateways.

“This meant solving cases such as accounting and taxation, which was the core of handling finances for any business,” he said.

The founders constantly ensured that the product could keep up with the customer’s scale and re-engineer so that it can scale to thousands of customers, all the way from early stage to enterprises. “This change was scary but important for us to get right,” explains Krish.

According to Krish, the innovations attracted interest not only from SaaS, but also from other sectors such as ecommerce.

“We built the API of the first product based on our main focus and yet we thought of trying to get anybody as a customer…and we went a little bit everywhere to try and solve the problem,” explained Krish in a Prime Venture Partners podcast series.

The company then decided to let go of certain segments. Even if it had attracted multiple markets, the decision to stay focused on SaaS and SaaS-like businesses for a period of time worked well for them.

“These were some of the key learnings for us early on and also acted as a filter to remove certain segments that we did not want to serve,” he adds.

In early 2016, the team did a Nuns and Roses marketing campaign at SaaStr, where it attracted many eyeballs. Participating in events also helped Chargebee garner more qualified leads, and increase its physical global presence.

According to Krish, YourStory’s TechSparks, helped Chargebee win believers at an early stage – including some early customers, investors, and employees.

“Being showcased in an event like TechSparks is a great validation in your early stages,” says Krish on being the 2012 Tech30 company.

Since then, the company has been doing strategic acquisitions to grow its platform.

Chargebee serves customers in 53 countries and processes over $3 billion of annual invoicing by managing millions of subscriptions around the world. It is a 400-member strong team based out of four countries — India, Australia, the US, and Netherlands.