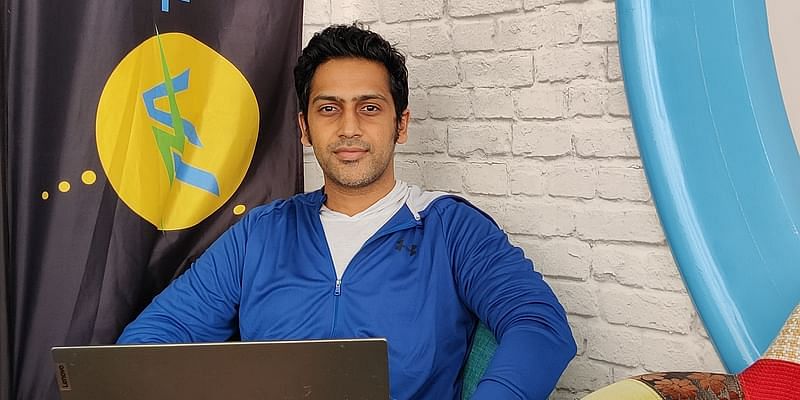 Through his entrepreneurial journeys with Commuteeasy and LifeisOutside.com, Vipul Kasera worked closely with a diverse set of teams.

Understanding the role of team dynamics and its impact on performance, the serial entrepreneur realised high performance teams invariably shared great rapport and cohesion within them.

However, he felt most teams across organisations in the modern age didn’t put in concerted efforts to build social capital. According to him, team building exercises were typically seen as merely boxes that needed to be checked.

Believing the space for team engagement was ripe for disruption and innovation, Vipul launched Team Activators in Bengaluru in 2018 and set out to bring structure and maturity to team engagement activities.

The founder of the bootstrapped startup tells YS:

“Team Activators is an innovator in the team engagement space. We believe in challenging conventional team building by blending fun and learning, using innovative, gamified setups. The name Team Activators was an instant winner as it succinctly captures what we do, which is activating and energising teams via meaningful engagement.”

Members of the Team Activators workforce

In just three years, Vipul and his 15-member startup claim to have landed and conducted engagement activities for 1,000+ teams from companies such as Amazon, Philips, LinkedIn, Walmart, ISB, Zynga, SAP, Microsoft, Razorpay, Accenture, and more.

Vipul says, “We offer both, per-session and subscription models to our clients. Some organisations prefer engaging us on an ongoing basis via our subscription models, which help us work closely with them to curate a spectrum of team engagement activities through the year.”

He adds, “However, we receive a lot of ad-hoc requests from teams looking at integrating high-impact team engagement into events such as company retreats, conferences, all hands meet, milestone celebrations, R&R, etc.”

A session with Team Activators is usually priced between Rs 500 and Rs 2,500 per participant. Factors such as team size, duration of engagement, engagement goals, nature of activity, and team profile play a role in determining the pricing.

As the COVID-19 pandemic hit in March 2020, the startup began receiving cancellations for all its offline events. In under a month, Team Activators’ business was disrupted and its foreseeable revenues were down to zero.

Forced to switch their mindset from growth to survival, Vipul and his team began the process of reinvention. They had to come up with new product offerings that could address the fresh set of challenges teams were grappling with in the virtual world.

Vipul lists isolation, monotony of working from home and erosion of social capital accrued over the years as some challenges that would have a deep impact on team dynamics and performance.

He says, “We went back to the drawing board and came up with a collection of virtual activities that could engage teams across geographies in a fun and inclusive environment that could help build camaraderie again.”

Staying ahead of the curve

Taking team engagement online was not only the need of the hour but also came with an added benefit. Team Activators could engage global audiences virtually, which is not something that it could have easily done through offline events.

Vipul says, “Since then, in six months, we have been able to engage over 10,000 participants virtually, which includes the new global audience that we tapped into. For us, this heralds an exciting new wave of growth.”

Although he doesn’t name direct competitors, Vipul says Team Activators is staying ahead by offering activities which are “layered and thoughtfully designed” to address different aspects of team dynamics, such as communication, collaboration, problem solving, creativity, empathy and more, while still retaining their high fun quotient.

Plans for the future

Team Activators’ success with virtual activities has allowed it to channel its internal accruals to keep the business running. Taking the virtual route also lowered its entry barrier to new markets and expanded its global footprint.

Vipul says the response to the startup’s pilot in the San Francisco Bay Area “has been fantastic”, and that the startup is exploring a hybrid model (virtual and in-person team building) in such markets.

With increased demand for work-life balance and stronger need for emotional connection during such times, Team Activators is gearing up to meet demand at scale.

The startup is looking to productise its spectrum of team building activities to a level where they can be delivered by clients’ internal employees and employee engagement teams.

“There has been a lot of interest in this approach from multiple organisations, considering the flexibility and scalability it would unlock. We are currently working through the specifics and may consider raising funds to drive this next frontier of growth,” Vipul says.

Can you demystify the H-1B process and E-3 premium processing? – TechCrunch

Why the COVID-19 second wave is so bad in India

BYJU’S, Google team up to offer ‘learning solution’ for schools