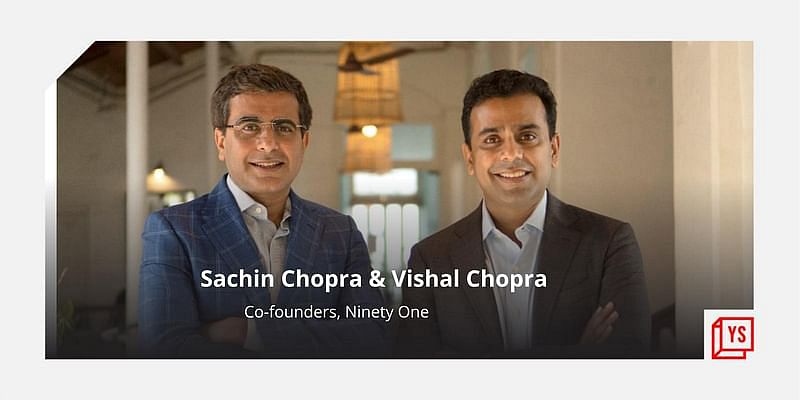 COVID-19 did for bicycles what nothing else could. Social distancing and fear of public transport significantly shifted the focus from biking for sport to biking for health. The pandemic gave bike sales a major fillip across India – and the interest seems here to stay with even the World Health Organisation recommending cycling as a way to stay fit.

According to a KPMG report, the major trends driving the cycling market in India include “health and environmental benefits, high consumer spending, growing bicycle enhancements, bike-sharing and last-mile connectivity, and government focus on building safe and seamless bicycle infrastructure”.

But Sachin Chopra, a former investor, and his brother, Vishal Chopra, decided to tap this space more than five years back. In 2015, the duo launched Ninety One, a Mumbai-based sustainable transport brand that claims to manufacture the best-in-class cycles.

Since starting in 2015 under Alphavector (Inda) Pvt. Ltd., the company has launched cycles across mountain bikes, all terrain bikes, fat tyre bikes and kids categories.

Sachin and Vishal believe there has been no innovation in this space for the longest time, which led them to focus mainly on developing their product.

“We wanted our product to be so good that it would sell on its own merit, in a multi-brand outlet, without us having to market it,” Sachin told YS in an interaction.

The 40-something founder, who is based in Mumbai, says they applied certain lenses, including product differentiation and omnichannel approach, when they were looking to switch to entrepreneurship – and bicycles stood out.

“Normally, when you are starting your company at age 40, you have to be very careful about what business you are going after as you don’t have much runway to make mistakes. We were looking for a space where the product had not been differentiated and the omnichannel structure was also not well established,” he says.

Alpha Vector’s first product viper was released in 2017. As of now, the company’s bikes are available across their own website, online marketplaces and multi-brand outlets.

Sachin Chopra (left) and his brother VIshal Chopra (right) have been engineers.

“We have spent all this time creating the best quality engineered cycles. Getting that engineering where we could give our riders a $2,000 ride quality at a $150 price point is what we were trying to achieve all these years,” Sachin says.

Started as a bootstrapped firm, Alpha Vector set up a manufacturing unit in Ahmedabad, Gujarat, in 2021, where the firm produces about 12,000 cycles every month. An additional 15,000 bikes’ production is outsourced to another manufacturer.

Sachin claims to be selling out almost all most of what they manufacture. In order to meet the rising demand, Alpha Vector is all set to open up two new facilities in Baroda and another one in Ahmedabad.

He says achieving the correct engineering and getting the right product, which could be manufactured in India, was one of the biggest challenges for the company. “Manufacturing everything in India and being able to provide it at lower price points is not easy.”

At present, the startup claims to clock sales of more than 20,000 bicycles per month. It claims a presence across 1,000 retail points in more than 500 cities, with a million monthly unique visitors on its online platform.

Funding and the future

The cycle maker ﻿last month raised nearly $30 million (Rs 225 crore) in a Series A round from A91 Partners. Existing investors including Fireside Ventures, early-stage investor Avaana Capital and Kunal Bahl’s Titan Capital also participated in the round, which valued the firm at about Rs 1,000 crore.

The startup is now in the process of kitting out its electric cycle portfolio, and entering the US and European countries, where riding cycles is much more prevalent.

The new manufacturing facilities will increase the production to 50,000 from the current approximately 27,000 bikes every month. Ninety One is also developing cycles in the women’s category, which they expect will contribute 50 percent of their sales over the next two years.

The company gets a major chunk of demand from Tier 2 and Tier 3, apart from metro cities.

“In those parts people buy our cycles for commuting and not just fitness,” Sachin says.

With cycles seeing a surge in demand, Ninety One is not the only firm trying to cash in. Ninety One also competes with Hero Cycles, BSA Hercules, and France-based sports product maker Decathlon.

The company also did not raise any venture capital money so far to keep their equities intact, according to Sachin.

So far cycle riding, for short-distance commute, among other models, have been in practice. Bengaluru-based ﻿Yulu﻿ was one of the initial players to operate in the dockless-biking practice. Getting people to adopt cycling, instead of opting for cars, in India’s majorly tropical climate has been a challenge.

But increasing fuel prices, awareness about climate change, and introduction of electric cycles could be a game changer in the biking ecosystem.

The Startup Magazine Things Startups Must Know About Recruitment Services

SaaS start-ups: embedded analytics can help you grow your business

Amazon Tells CCI That Its Was Compliant With FEMA

5 Best Industries to Start as a Business Right Now