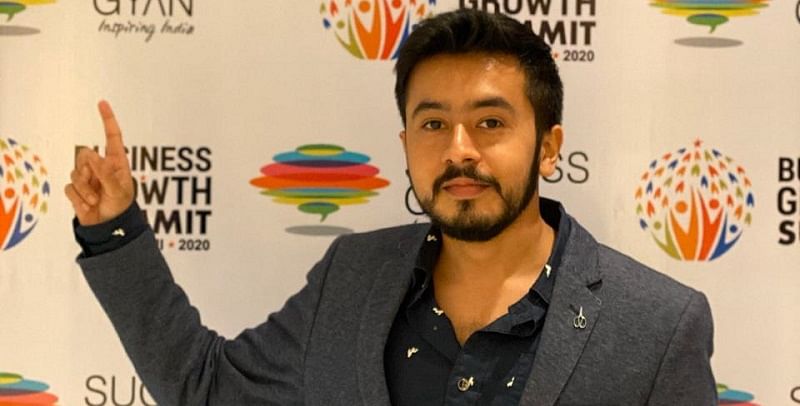 In 2019, Root Power Explorer, built by KShark Apps, became a bonafide success with a million downloads. Then, the app was downloaded four times that number.

It was in 2016 that Kartik decided to leave his job to start an indie app studio. And after Root Kit’s success, he began building apps for businesses. Today, KShark Apps has over 50 apps on Google Play Store and Apple App Store. Its recent app Carbon Scanner, available on both Android and iOS, has been published in over 149 countries.

“Our company is focused on providing robust and reliable business and productivity solutions to app users. We are targeting both regular, as well as enterprise users so our focus is on security, stability, and a scalable infrastructure so that our users keep on enjoying our apps,” Kartik tells YS.

The Indian app ecosystem is at a very unique place today after the Indian government banned over 50 Chinese apps, and launched its own app challenge, urging developers across the country to develop “Made in India” apps not only for users in the country, but also around the world.

“I see a lot more college graduates focusing on the app ecosystem, especially since they know they will get support from the Indian public, as well as the government. Overall, this ban is acting as a boon for the app ecosystem in India, and will play a pivotal role in its growth,” says Kartik.

However, he believes there are challenges faced by the startup ecosystem.

“Although in India, we are surrounded by amazing engineering talent, it takes a different attitude to work in a startup company. While hiring developers we are not only looking for the most talented but the most dependable people,” says Kartik.

The other difficulty, he adds, is Google suddenly changing search algorithms, which requires extra marketing efforts from companies to rank their apps again. “This does involve spending more advertising money and investing in more PR activities,” he says.

According to Kartik, the Indian government is already supporting app startups, and believes in a “Local to Global” strategy.

The founder claims that the startup was approached by more than 100 business customers to build apps during the pandemic.

Kartik has also been launching his own apps. Recently, KShark Apps launched Carbon Scanner, which converts your smartphone into a high-quality scanner with realistic filters. It uses Cloud OCR technology to convert any scanned document into text format and supports over 57 languages, including Hindi, Kannada, Telugu, Malayalam, Marathi, Bengali, and many global ones as well. Users can scan their IDs, passport, books, and other important documents and store them safely in Carbon Scanner.

The app stores data in an encrypted file on the user’s device, and also allows users to upload documents to their Google Drive and Dropbox accounts — with complete control of where their data is stored and how it’s accessed.

KShark’s first app, File Explorer was launched in late 2016. At the time, Kartik tried to post the app’s link in many forums where the startup could win potential users and customers.

After many tries, one of the forums — xda-developers.com, which has a user base of 4.5 million — featured the app on its home page. Kartik says that within a day, the startup received 10,000 installs and its first few customers. In a few weeks, File Explorer recorded 50,000 downloads.

Another popular app is the “Bloatware Remover App“. It is a root uninstaller tool that cleans and uninstalls bloatware in the smartphone. It also works as an app uninstaller in rooted android devices to remove system apps.

Bootstrapping his journey, Kartik started KShark Apps with Rs 5 lakh and continues to invest in it on a monthly basis now. The startup’s expenses include backend infrastructure costs and software subscriptions. The founder claims that the business is profitable.

Most users in developing countries like Indonesia, India, Sri Lanka, Pakistan, and Nepal don’t tend to pay for apps, as much as their developed counterparts, so the startup has reduced their prices for these regions.

Moreover, the usage of these users is at par with developed countries, and thus, they are less profitable when compared to countries like the US, the UK, Europe, or Canada. KShark is now trying to monetise these users through in-built advertising campaigns.

In the coming months, it will be focusing on building and launching high-quality apps for the iOS app ecosystem. This comes after its recent release of Carbon Scanner on the Apple App Store, and KShark will continue to invest in building utility and productivity apps for iOS users.

With increased smartphone penetration and with over 900 million internet users predicted by the Niti Aayog, India will indeed need more app developers to build “Local to Global” products.

Simplify text messaging for your business with Telvero

The True Picture Of EoDB In India

Test your business creativity with Edition 44 of our quiz!