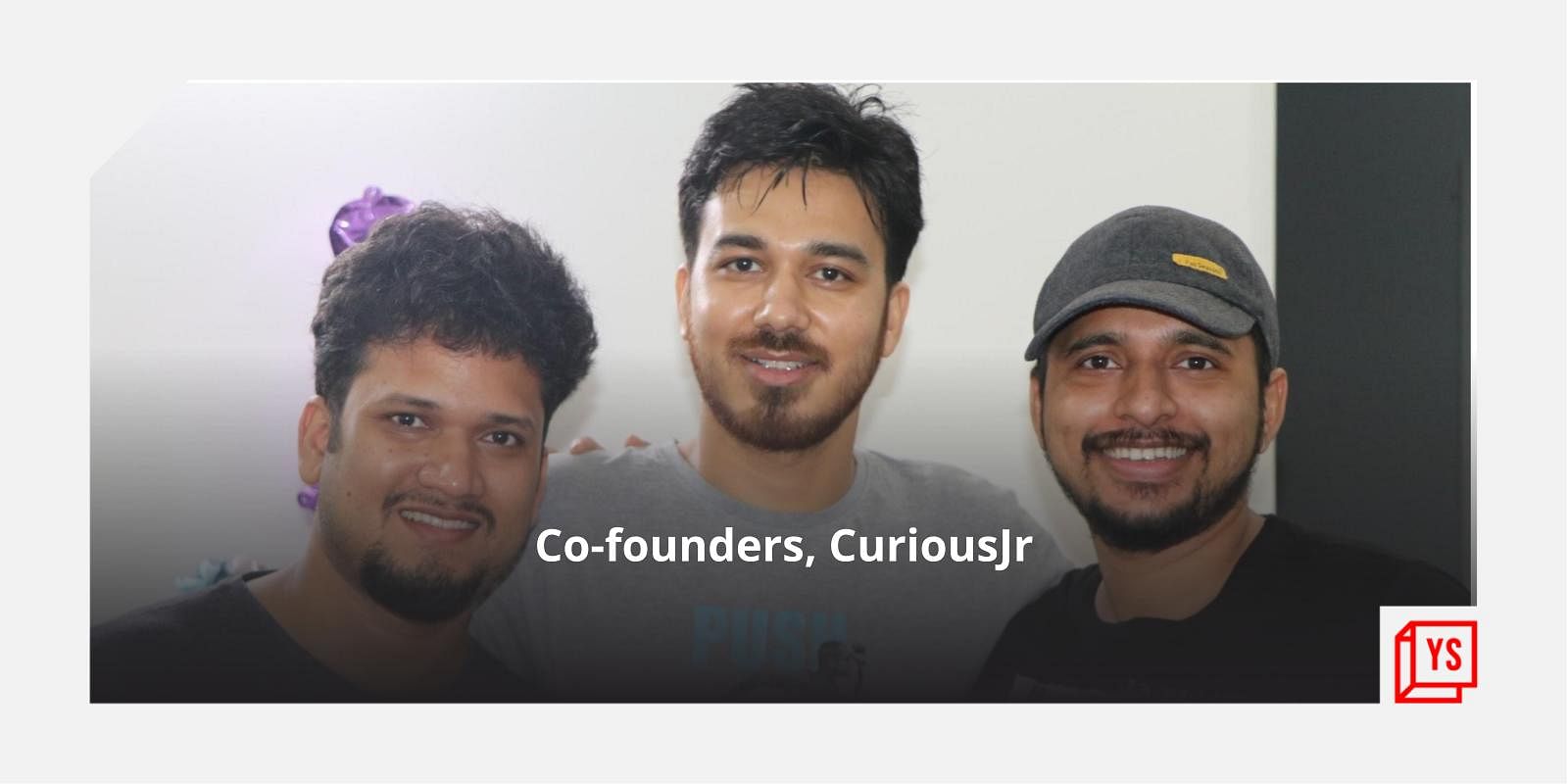 ​​Coding is slowly becoming a must-have skill in this digital era. In fact, the National Education Policy 2020 further boosted the introduction of coding among kids amidst COVID-19 led lockdowns.

However, one of the primary problems these kids faced was the availability of technology.

Vernacular-based online coding platform CuriousJr enables students without laptops to learn coding on their mobiles. The Gurugram-based edtech startup caters to students between the ages of 8 and 17 years.

“We realised that 88 percent of the 270 million children in K-12 in India do not have access to a PC/laptop. That’s why we focused on building India’s first mobile-based code learning platform for K-12 in vernacular languages. We believe that learning, in one’s mother tongue, empowers young students to think and harness their coding skills more effectively to become excellent coders for tomorrow,” Mridul tells YourStory.

Besides Hindi and English, presently available on the platform, the startup is exploring to include Marathi, Telugu, Bengali, and Gujarati languages in the app.

CuriousJr claims to be the only player operating in the mobile-based coding education for K12.

Making coding accessible for the masses

“We are focused on making qualitative content and gamifying the whole platform, which keeps the students engaged and they learn more effectively,” Mridul says.

CuriousJr follows a three-step learning process: students learn with bite-sized content, code in the code arena, and publish their creations on the CuriousJr App Store.

The startup calls this an “impact-based learning system,” which helps students learn and see the impact of learning to keep themselves motivated.

“Right now, the curriculum is essentially divided based on classes, but the team is working on making it personalised as per the students’ skill set,” Mridul says.

Nearly 60 percent of CuriousJr’s users are from Tier-II and III towns, while the remaining are from metros and Tier-I cities.

Amit, Ali, and Mridul have known each other for 11 years.

Both Ali and Amit are coders by passion and have been teaching coding to professionals for the past five years. They had together started MindOrks to teach Android development to professionals. Today, MindOrks is the largest Android community having more than three million developers’ reach.

The startup has 14 full-time employees, working in the technology, product, content, and growth teams. While Amit heads the product team, Ali heads the technology and curriculum side, and Mridul looks after the growth, user research, and business side of the company.

To make coding accessible for the masses, the Gurugram-based startup has kept its platform free for its users currently.

Funding and way ahead

Moving forward, CuriousJr aims to enable 50 million students to code in the next five years. The startup is also working on its iOS version, which it plans to launch soon.

In September 2021, it had raised seed funding worth $1 million led by WaterBridge Ventures, EnziaVentures, and angel investors.

India’s online education market is expected to be worth more than $3.5 billion by 2022 — almost five times the $735 million it was worth in 2019, according to BLinC Invest, an edtech-focused VC firm.

Further, coding for kids is estimated to be a $14 billion market in India already.

CuriousJr competes with some of the big players in the edtech world, including Unacademy, BYJU’S, Tinker Coders, Coding Ninja, etc.

According to Mridul, what differentiates CuriousJr is its mobile-based code learning platform, paired with vernacular languages, that helps students learn the concept better.

There is no way to scale a business without marketing, says Jessie Paul, author, ‘Marketing without Money’

Quick commerce to become $5B opportunity by 2025: RedSeer