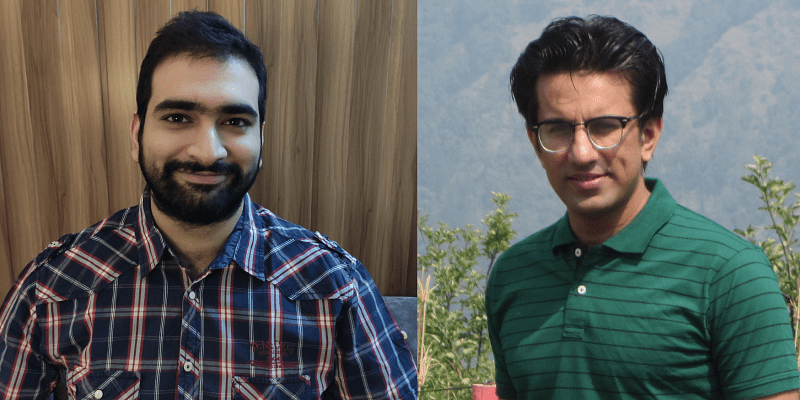 Companies find it hard to retain existing customers, and it is an added burden on teams when customers leave unannounced.

In fact, nine out of 10 customers leave to never return when they find errors in applications, which remains unresolved for far too long.

Companies try to solve this problem by hiring and training QA engineers. However, despite spending several thousand dollars on building a QA process, teams, on occasions, fail to detect and fix critical issues in their application before they reach the users.

This happens because they do not have any real way of testing how the users are using the app, resulting in existing and new problems never eliminated, thereby forcing them to leave with a broken user experience.

“HyperTest has built a simple yet better QA approach to catch every bug, every user issue in any app, or product that your QA teams would miss into production despite rigorous testing,” Co-founder and CEO Shailendra Singh tells YourStory.

Founded in 2019 by Shailendra Singh and Karan Raina, Gurugram-based startup HyperTest — as a testing utility — integrates with any application or product and monitors every user interaction to automatically build, run, and maintain end-to-end tests, which updates itself with new features without prompting QA team to write a single line of code.

While the existing QA practices of companies — writing and maintaining automation — considerably slows the development process, with larger and more complex applications, it becomes increasingly impossible to cover every real-user flow.

As a result, the number of hand-written tests by QA teams increases, but their efficacy or ability to detect real user issues drop.

“It is the surest way to test everything that users can do, catching every product issue before it reaches them, and at less than 10 percent of what teams spend on QA and support,” Shailendra says.

According to Shailendra, HyperTest has three core USPs.

First, it integrates with any application or software in less than 15 minutes and starts testing in the background, right from the minute it is set up. Its no-code testing utility demands no coding experience from QA or DevOps teams with no learning curve.

Second, the startup automatically creates and maintains an automation suite for teams that needs no maintenance or effort.

“This way, it reduces the time spent by teams doing testing in a sprint from several days to less than one hour,” he says.

Third, it claims that it can catch every critical issue and bug in any application that QA teams would miss or leak into production despite rigorous testing.

“Teams can’t push new changes in their application that might go undetected with HyperTest,” Shailendra adds.

HyperTest has seven employees. It is likely to expand soon to a 20-size team.

The co-founders have spent over 12 years between building and scaling products for OYO Rooms and Limetray, a restaurant SaaS company.

Before starting HyperTest, Shailendra and Karan were building logistics startup Transporter.city. However, the startup couldn’t scale, and they decided to work on HyperTest.

IIT-Bombay graduate Shailendra was a VP and Senior Operating Partner at OYO Rooms and was handling product and business in his previous role.

Co-founder and CTO Karan Raina was part of the core engineering team at Limetray. After doing his BTech from Guru Gobind Singh Indraprastha University, Karan pursued MS in Computer Science from the Georgia Institute of Technology.

In August 2019, HyperTest raised $400,000 in a seed round from Axilor, Touchstone, and a clutch of angels from Lead Angels. The startup is using the funds to build products and improve its sales and marketing functionalities.

HyperTest’s revenue model includes its SaaS offering, with a monthly subscription price between $699 and $999 per month. It is generating a revenue of over $100,000 per year with 50 percent growth or more annually.

The present and future

According to MarketsAndMarkets, the global automation testing market size is expected to grow from $12.6 billion in 2019 to $28.8 billion by 2024 at a CAGR of 18 percent.

“HyperTest has the potential to become the default testing platform for any serious or growing product or software because it can detect any and every critical issue or bug that teams would definitely miss, without asking them to put any additional effort, and at less than 10 percent of what teams currently spend on QA and support,” Shailendra says.

“With HyperTest, companies invest less than half the salary of a full-time automation engineer for the work of an entire automation team,” he adds.

HyperTest claims it can bring the QA budget down by 80 percent for companies of all sizes through its disruptive pricing. “This can fuel our explosive growth to a billion dollars in revenue in the next 10 years,” the co-founder claims.

According to Shailendra, HyperTest is the preferred test automation tool for over 20 large and growing startups and companies, splitting across the enterprise, consumer, fintech, gaming, edtech, etc., sectors, including Nykaa, Housing.com, Shiprocket, Groww, Moglix, LeverageEdu, Eko, and others.

At present, it is also running pilots with teams from Lendingkart, 1MG, Airmeet, ETmoney, Adda247, Haptik, Turtlemint, and 10 other startups.

Primarily, HyperTest operates in India. However, it plans to expand to the US and Europe before 2021 ends.

For HyperTest, there are no known competitors in India, Shailendra claims.

How to Use YouTube Shorts Analytics and Remix Metrics

Web3 and Writing: How Mirror Is Changing Publishing

What the Indian manufacturing sector expects from Union Budget 2022

The days of working out of an office are numbered, says Nagarro CEO