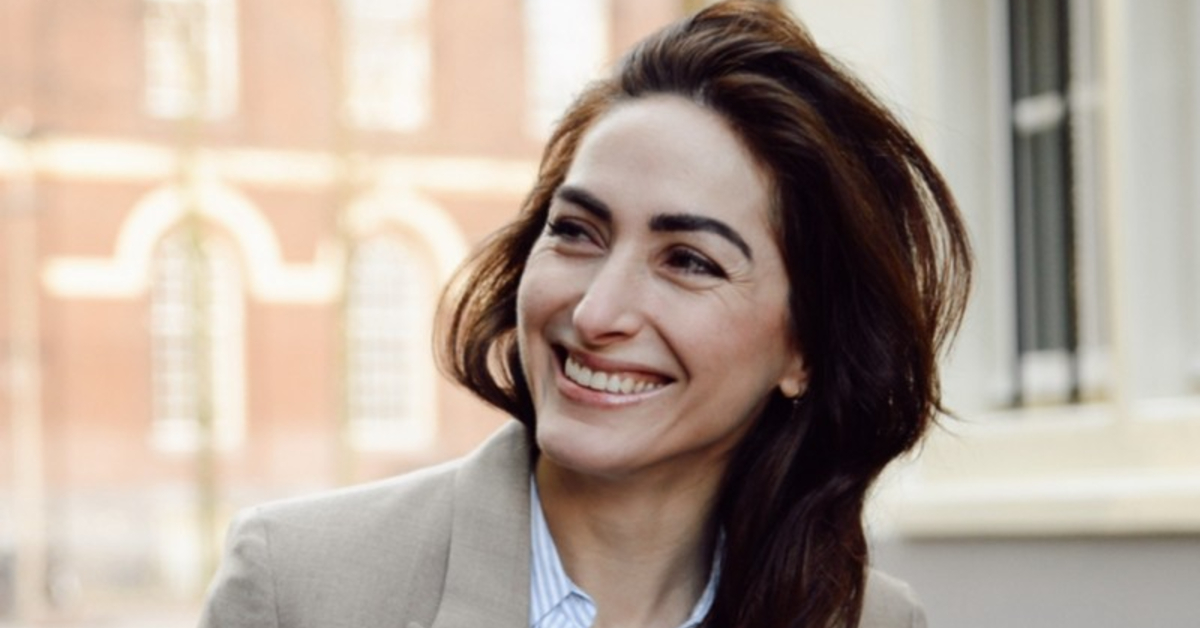 Fundright began in 2019 as a VC initiated movement aimed at ensuring a more diverse ecosystem, at both the VC level and portfolio company level. Its goal is to have an ecosystem that consists of 35 per cent women by the year 2023.

“This is unacceptable and sad in the twentieth century. We need to do better,” says Eva Mol, managing partner of CapitalT and member of the Fundright initiative, in an exclusive conversation with Silicon Canals.

In order to help mitigate the gender investment gap, Golden Egg Check, the Netherlands-based startup analysts, has announced the launch of the first Female Founders edition of StartupRoulette on 21 May.

StartupRoulette is a monthly, curated online speeddating event for startups, scaleups, angel investors, and VCs. With this event, each startup gets 3 carefully matched 20-minute speed dates with investors and vice versa.

We caught up with Thomas Mensink, Startup & investment analyst, Head of Investor Relations, Startup Roulette, to better understand the premise of this event and how it aims to help bridge the gender investment gap.

Talking about the Female Founders edition, Mensink, says, “We launched Startup Roulette last year in April to help entrepreneurs to get in touch with relevant investors, and vice versa. Companies like The Fabricant and Awen Collective participated and raised funding from VCs that they met in one of the speeddate sessions. It has become one of the largest venture capital matchmaking events in the Netherlands, and we’ve expanded our network with foreign investors and angel investors ever since which means that the probability is higher than we can connect founders to relevant investors that they do not yet have access to.”

He continues, “Next to our regular editions we decided to host one edition fully dedicated to female founders. This decision was fuelled by research of my colleague Anna on funding data. She found that there still is quite a big gender investment gap in the Netherlands. Only 11% of the companies that raised funding in 2020 had at least one female (co-)founder. We wanted to leverage our network of over 100 investors to contribute our part to bridging the gender investment gap.”

It’s a known fact that females have been experiencing challenges right from starting a company to raising capital. On top of that, females are being underrepresented in leadership roles, especially in startups and tech companies.

Talking about how events such as this help mitigate the gender investment gap as well as unconscious bias, Mensink explains, “Well, there is no one silver bullet to try to mitigate this, because we believe there is a wide range of explanations for this. Yes, women are less likely to start a startup. Yes, they might be too conservative in their pitch. Yes, investors might prefer founders that are more like them. And yes, we also think that female-led companies are more active in the consumer market – while there are more B2B investors in the Netherlands – and are less technology-driven which limits scalability and lowers competitive edge. We obviously cannot solve this with just an event.”

“At the same time, we do hope that we can at least contribute a bit to bridging this gender investment gap both directly and indirectly. Directly, because around 20 female-led companies participate in the one-on-one speeddates with investors. And there are some truly interesting companies that participate, ranging from fintech to sustainable food and from e-health to AI. We believe that some of these companies will raise funding this year, so hopefully that 11% goes up a bit in 2021. Indirectly, because together with several leading VCs and angel investors we’ll host roundtables on topics of fundraising and growth, hoping to inspire and inform a larger group of female founders. Some of them will join the speeddates of later editions of StartupRoulette while others might decide that raising external capital is not the best match with their vision – which is also perfectly fine with us.”

According to him, around 25 investors, VCs, and angels, male and female, have signed up. He considers this as a signal that investors are also open to learn more about how they can contribute in closing the gap.

Talking about the impact of unconscious bias among investors on the Amsterdam startup ecosystem, Çelebi tells Silicon Canals, “Unconscious Bias of investors has definitely a bigger impact than we think. According to a study conducted by KPMG and the NL Times, Dutch startups raised $591.5M in the third quarter of 2020. So the financial impact is measurable and vast.”

According to her, some of the key ways to mitigate unconscious bias in investment decision making include being aware of the fact that we all have biases as human beings. “Then try to diversify your dealflow. Use a structured process when selecting startups (there are several tools for this on the market). When you are going to meet a founder who is not “like you” (same gender or race) then be more strict in preparing `’promotion oriented`’ questions”: questions about achievements, hopes and ideals.

Çelebi believes it can. “Because the first step is always to create more awareness on this topic. We need to acknowledge that we all have biases. It’s what makes us human. If you were to say: I don’t have bias, you’d be saying your brain isn’t functioning properly. Essentially, unconscious bias arises from the brain’s capacity problem. We take an astonishing 11 million pieces of information each second, but we can consciously process only about 40 of those bits. To handle the gap our brains build shortcuts to make sense of this information.”

She further explains, “As logical and fair as we try to be, we are nearly always operating with a degree of bias, without ever being aware of it. But the sense that people who have biases are inherently ill intentioned or morally flawed is one of the paradigms that stops us from making progress on this issue. There is no shame in having unconscious bias; it’s a natural part of the human condition that shows up in our decisions, our reactions and our interactions with others.

Çelebi opines that Amsterdam-based investors are also open to learn and change. “Amsterdam is a majority-minority City with 182 nationalities; we are a super- diverse city. Diversity is in our DNA. We should definitely take a lead on this topic as well.”

Thomas Mensink, as a startup and investment analyst, has helped many companies to get in touch with the right investors, and VCs to get access to relevant deal flow. Notably, he is planning to continue to do that.

“Yes! We’ll continue to host StartupRoulette twice per month; one angel edition and one VC edition (next edition is 4 June). With this event we want to help founders to have better access to relevant investors, regardless if they’re male or female. I think this female edition already created quite a buzz which helped us to get more insights on the next ‘wave’ of female-led tech companies. That’s also really valuable for the investors that are committed to investing more into diverse teams. So for sure, we’ll organise more events like for groups of founders that are currently underrepresented in the VC statistics,” concludes Mensink.

In addition to speeddates, the Dutch company has also organised roundtables this time around funding and growth topics with various venture capital investors.

Recently, the Dutch company in partnership with SeriousVR, launched ‘Check She Launches,’ a platform to help enterprising women to set up a tech company. The platform will initially focus on Master’s and Ph.D. students.

The programme will be as follows:

Republic Day Sale: Get up to 71 percent off on HomeTown Furniture on the Bajaj Finserv EMI Store

Investors are missing out on Black founders – TechCrunch