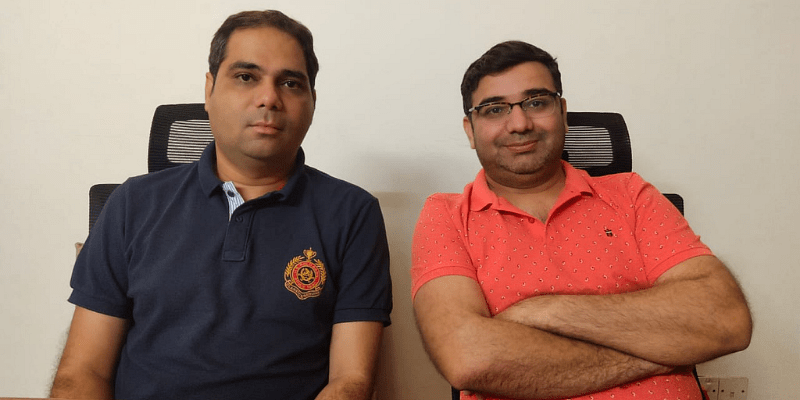 While this shows the demand for Indian epics in vernacular media, a Gurugram-based content startup wants to narrate these mythological stories to users in a short video format.

Sutradhar is on a mission to introduce the joy of storytelling to smartphone users through its app in an engaging manner. Founded by Satish Meena and Gaurav Tiwari in 2020, the startup believes there are considerable gaps in how these Indian mythology stories are delivered, especially on a smartphone.

“Every time there is a technology shift – be it radio, print media, cinema screens or television, these mythological stories are repackaged to suit that medium. But we believe that nothing substantial is being done for the smartphone category,” says Satish.

The founders believe smartphone users are a different category of consumers who like the content to be delivered in a short video format, and this has to done in an engaging manner where the essence of the story is not lost.

Sutradhar provides short videos of about two to 10 minutes, and all the content on the app are Indian mythological stories.

“We are publishing professionally generated short video stories on a daily basis to the users, which is smartphone optimised,” says Satish.

The founders believe they can address the 500 million smartphone user market in the country who have a presence in multiple languages.

Satish and Gaurav are IIT graduates and have known each other for the last 20 years after having spent more than a decade in the corporate world, but the urge to do something of their own was always there. In fact, both of them have been discussing on various ideas for quite some time.

Gaurav has the personal hobby of writing scripts while Satish always had a strong reading habit.

The Sutradhar app has seen over 100k downloads with 50k monthly users since its launch in October 2020, and according to Satish, the target customer base for them is people in the 25-45 age group who are residing in metros, Tier II or Tier III cities, who are comfortable with doing online transactions.

“What we have seen with our customer base is that once they go through our content, they either share it with their children or parents,” says Satish.

Sutradhar has its own team of content creators and it networks with freelancers to publish the content.

However, Satish says, the focus is not just to tell stories about the main heroes in the Indian mythology stories, but about various other important characters who may not be well known but have played a key role.

While Mahabharata and Ramayana are considered the most important Indian mythology stories, there is a vast reservoir of content, which are not so well known. Sutradhar aims to bring such stories to its users.

For Sutradhar, delivering the content in an engaging manner is just the start as it aims to build an entire ecosystem around this. This will include creating a community of content creators and consumers. At the same time, it wants to create a platform where people can even engage in ecommerce like transactions of various products and services.

“We have the opportunity to create a platform where people can start buying online especially something like festival season products,” says Satish.

Sutradhar is also looking at partnerships with other brands, which can come and look at creating their own exclusive products .

Satish says Sutradhar is looking at having one million active users over the next one year and plans to add four more languages.

The average time spent by users is more than 12 minutes on the app and the founder claims that the content consumption time is doubling every month.

As of now, one can view the content for free on Sutradhar, but it plans to make it a paid model over a period of time.

Sutradhar has raised $110k in funding from Titan Capital and angel investors, and is in talks to raise one more round of funding.

It has been a long wait towards entrepreneurship for Satish as he did attempt starting up during his final year at IIT in 2006 and found it extremely difficult to raise even Rs 5 lakh in funding. Things have come a full circle now, he says.

Satish expects to build the scale with Sutradhar as the stories to be delivered to the consumer will not just be about mythology, but other genres of writing which have these elements. For example, works of writer Amish Tripathi.

“When you brand yourself as a storyteller, one should be restricted to mythology alone,” says Sathish.

Digital financial literacy a must for older adults

This National Startup Day, look ahead to the future

This MIT graduate helps startups from Tier 2 cities and beyond get access to investors, mentors, and more

[Funding alert] Unbox Robotics raises $1.2M in pre-Series A round

Zomato﻿ launches platform to connect investors with restaurants. Will it invest in these deals?