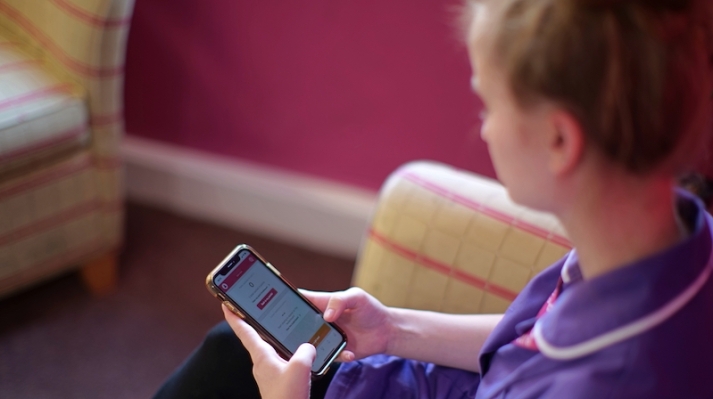 Cera, a U.K. provider of healthcare inside people’s homes augmented by a platform that allows carers to monitor a patient’s health and potentially flag problems, has raised $320 million (£260 million) in an equity and debt financing round, split roughly 50/50.

The company now plans to expand from servicing 15,000 patients to up 100,000 each day. Ironically, 15,000 patients is the bed capacity roughly equivalent to the 40 NHS hospitals promised over two years ago by Britain’s ruling Conservative Party, which have yet to be delivered.

The statistic is indicative of how in-home patient care is being radicalized by tech startups that either use remote monitoring, or employ carers to manually enter patient data into apps. Eventually it is likely to make long-term care inside hospitals obsolete, as the home can be just as efficient a place to deliver care.

More than 88% of hospitals and health orgs in the U.S. are estimated to be investing in remote patient monitoring technologies. U.S.-based startups in the sector include GYANT, which has raised $23M, Neteera ($8.5 million) and Binah.ai ($13.5 million).

Cera’s proprietary system is less tech-heavy, but all the same is clearly on the path towards greater automation, in the same way that Uber and Lyft drivers may one day be replaced by driverless taxis.

The company, which also operates in Germany, delivers care, nursing, telehealth, and prescription delivery services in the home, and claims it is 10-times cheaper than servicing a patient in hospital. Staff collect patient symptoms and health data in the home, which is then used to predict deteriorations in conditions before they occur, triggering medical interventions. The company claims this can reduce hospitalization rates by over 50% and has other benefits such as reducing patient falls, infections and improving medication and prescription compliance.

With hospitals under strain after the worst of the pandemic, and staff at a premium, it’s likely that these technology-augmented services will take off amongst healthcare providers.

Dr Ben Maruthappu MBE, who launched the startup in 2016, told me: “What we are doing is just mirroring what has happened in other industries, such as ride-hailing or other services that come straight to your door. Most healthcare tech is now graduating to healthcare in the home. We have started with older people as they have a high frequency of care visitors.”

He said that Brexit had a negative impact on healthcare in the U.K. given that as much as 7% of NHS staff are from the EU, but claimed that Cera is able to retrain people from other industries fairly rapidly, into healthcare roles. “Over 60% of people we are hiring are from outside healthcare. It’s like when ride-sharing had a breakthrough when it became more accessible to non-taxi drivers,” he said.

Maruthappu added that the company intends to eventually move towards a SAAS model where it would allow other tech and care providers to use its services.

Decoding The MSME Lending In The 21st Century