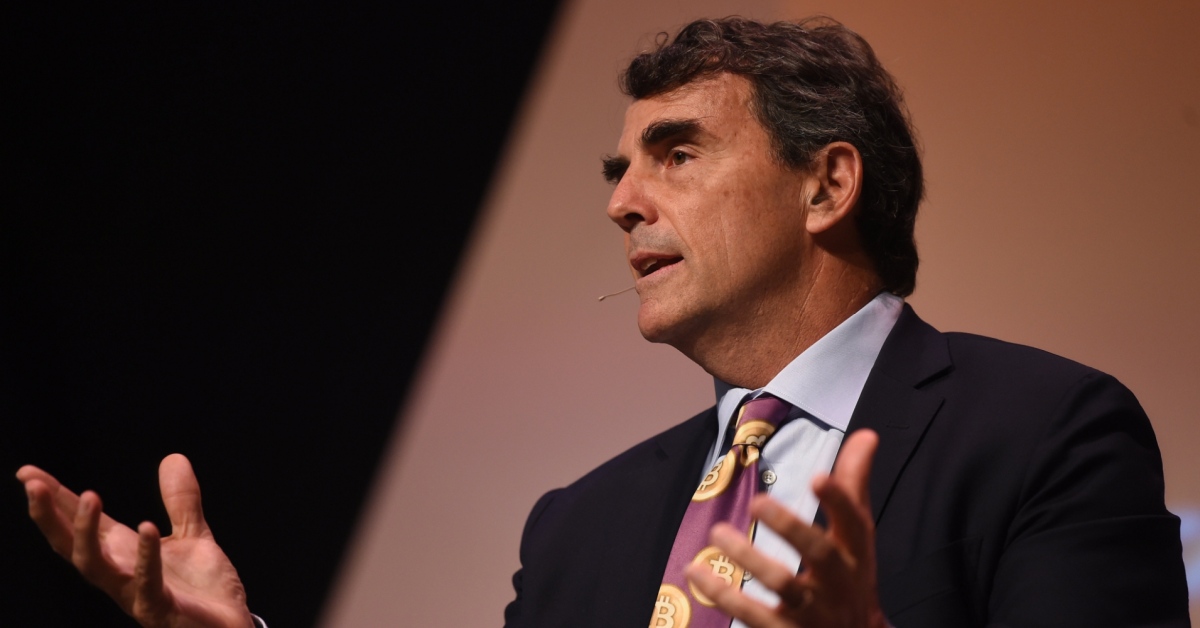 Elon Musk’s tweet can shake a market short term, but the fundamentals are going to win out in the long run, says VC Tim Draper

In a conversation with Inc42, Draper said that he would personally prefer bitcoin over Facebook’s Diem

By 2023, besides bitcoin and ethereum, there will be a dark horse that captures people’s imaginations with a new model, he added

There are very few investors who are as outspoken as Tim Draper. He has not only called the Indian government out for mulling to ban cryptocurrencies but also penned an open letter to Prime Minister Narendra Modi, saying “The recipe for governance that leads to prosperity is not that complicated. It is: freedom, fairness, and frictionlessness.”

Having invested in Indian crypto exchange Unocoin, and a slew of crypto and other startups across the world, billionaire Tim Draper, a venture capitalist and founding partner of Draper Fisher Jurvetson (DFJ), Draper Associates, and the founder of Draper Venture Network and Draper University has been an ardent supporter of crypto.

According to Draper, crypto is the future currency, and the governments who try to control it will see their best people leave, and will be left in the dust. Inc42 spoke to Draper to understand his thoughts on Musk’s rising influence on crypto, Facebook’s Diem and more.

Largely attributed to Elon Musk’s surprise tweet which stated that Tesla would no longer accept bitcoin as a payment method, bitcoin has plunged from $58K to $38K within two weeks. This has also resulted in Tesla losing over $600 Mn, as the company had invested $1.5 Bn in bitcoin, in January this year.

While Elon Musk cited bitcoin’s energy consumption as the key reason behind Tesla’s decision, this has irked most of the bitcoin holders as the energy consumption was not something new but a decade-old issue that is being resolved by shifting bitcoin mining to renewable source of energy.

Having created an uproar on Twitter, Musk has now hinted at a change in position by proposing a Green bitcoin Mining Council. However, significant damage was already done for many of the investors.

Commenting on Elon Musk’s Tweet that immediately caused the bitcoin crash, Draper says, “Elon, has a well-deserved, enormous following. He can move markets. We were excited when he realised that Tesla would be better off accepting bitcoin. It was a very forward-thinking move. When he said he had changed his mind for ecological reasons, he didn’t realise that bitcoin is significantly better for the environment than Fiat and the banks. Ironically, he would have been more eco-friendly if he had just decided not to take Fiat.”

An Elon Musk message can shake a market for the short term, but the fundamentals are going to win out in the long run. People have a better currency in bitcoin. It is dawning on people that this is the beginning of a new age, added Draper.

As people go through their learning, the relative value of a bitcoin vs fiat will go through fits and starts. But one bitcoin is still going to be worth one bitcoin. Draper says that the fiat currencies will be extremely volatile as they work their ways out of our economies. The future of currency is crypto, and likely bitcoin.

Bitcoin Is The Currency Of Freedom, India Must Allow It!

After an India visit in 2019, Draper’s Draper Associates along with 2020 ventures and XBTO Group had invested in the Indian crypto exchange Unocoin last year. On India’s tottering approach towards crypto, Draper averred that the best governments in the world, those that are looking out for the best for their people; are those that allow freedom to innovate and ideate, and allow people to build their own systems of trust.

“Bitcoin is the currency of freedom and trust worldwide. Governments who accept this new form of currency will have the people, the businesses, the jobs and the wealth for the next 40 years. Governments who try to control it will see their best people leave, and will be left in the dust,” says Draper.

Having announced plans to build a cryptocurrency in January 2018, Facebook has not been able to launch the cryptocurrency yet. Multiple partners including PayPal, Mastercard, Visa, eBay and Vodafone exited the project even before the launch, largely due to the regulatory hindrances the project has been facing across the world.

As Facebook’s Diem is now said to be launched in the second half of 2021, Draper who has been closely monitoring the project, says,

“As is the case with AuroraCoin for Iceland, for Yuancoin in China, and any other token that is not fully decentralized and fully global and open, it will have trouble gaining the trust it needs to succeed. But I would never underestimate the influence of Facebook. I personally prefer bitcoin because it is decentralized.”

With Diem, the social media giant had planned to allow unrestricted payments across a host of countries (which allow cryptocurrencies).

Accepting Bitcoin Is Beneficial For Founders

“Founders should accept bitcoin through OpenNode for services since they will have lower transaction costs and earn more value that way,” he says.

In recent months, there has been a dramatic change in the top cryptocurrencies. Be it Dogecoin, Polygon, SHIB or many others, the top 30 cryptocurrencies list keep reshuffling with bitcoin, ethereum and few others as only constant.

So, who will ultimately be the top five cryptocurrencies two years from now? To this, Draper averred, “I only make one prediction at a time.”

Reiterating his stance that bitcoin will hit $250K by 2022-end or early 2023, he adds, “The top five will be those that have the best engineering talent working to add value to them.”

“Likely, bitcoin, ethereum will be the top two. Then, either new novel models like Polkadot, Tezos, and Aragon, or some of these centralized coins that had a head start like XRP, BCH… I also think there will be a dark horse that captures people’s imaginations with a new model.”