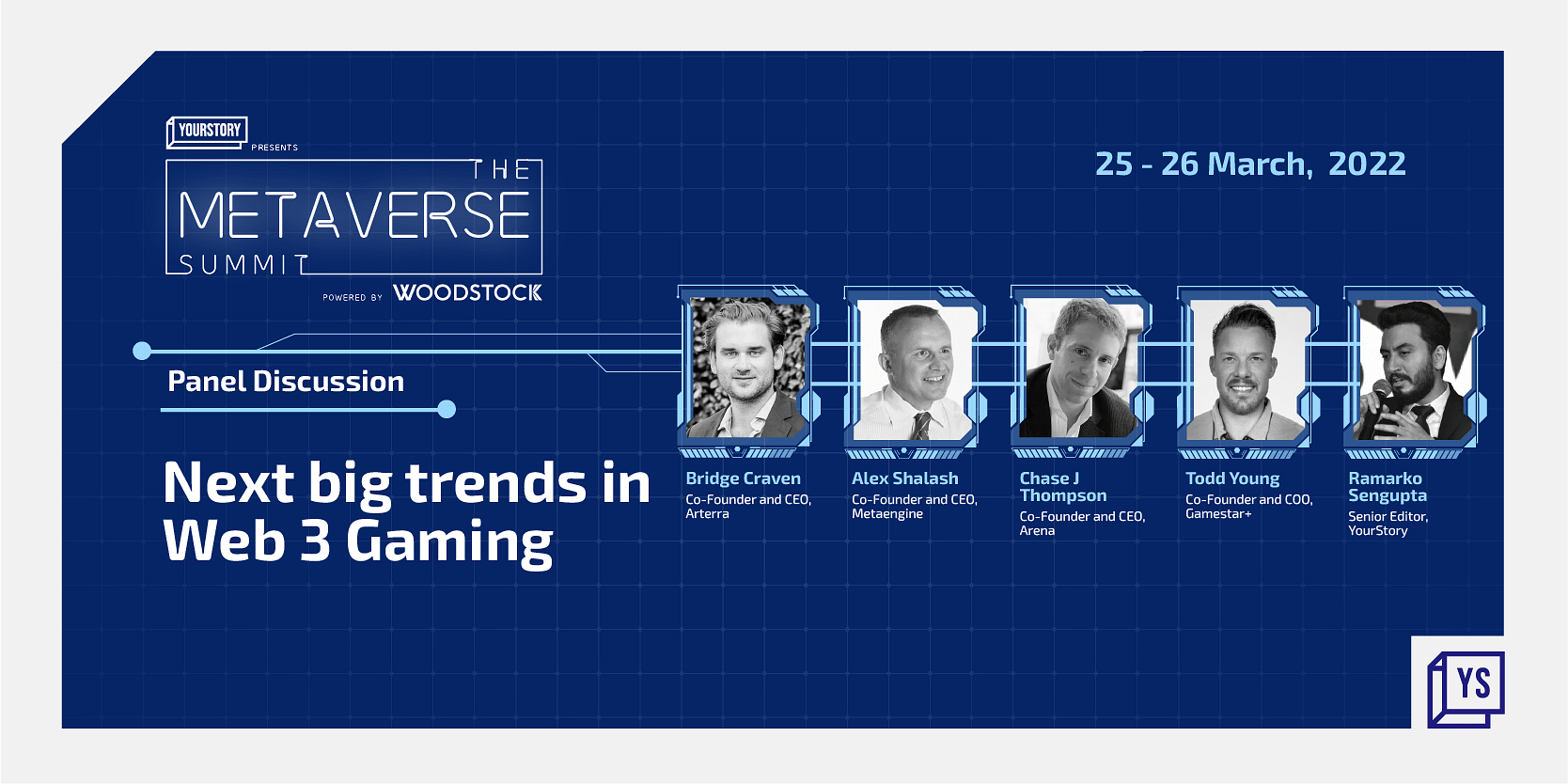 Advancement in technology has revolutionised the gaming industry over the last many decades, and with Web3, we are currently at the cusp of another significant advancement in the industry as gaming moves from free-to-play to play-to-earn.

In the Web3 world, for instance, gaming will allow players to earn money while playing the game. In this new era of gaming, if players spend money on buying some asset, they will own it and will be able to sell it to other players within the game or outside the game.

Bridge Craven, Co-founder and CEO, Arterra – which is a digital collectible hub with a hyperfocus on Esports – spoke about how the paradigm that the gaming industry is entering is centred around ownership,

“What we’re building at Arterra Labs is essentially about having fans now own their fandom,” he said.

While the underlying technology is centred around ownership, it has different applications and context within different communities and the creative ways it can enable ownership for fans and players,” he added.

Expanding the use cases of Web3 in gaming

Alex Shalash, Co-founder and CEO, Metaengine, a gametech startup that’s redefining GameFi with the most advanced game engine in the world contextualised how they were expanding the use cases of Web3 in gaming by allowing game developers to develop highly scalable projects, Metaverse open worlds, and GameFi projects.

We believe that ultimately, the value of the games will be much more concentrated within the hands of gamers, because they are the ones who are in a way responsible for the success of those games,” he added.

Gamestar is a streaming app that combines classic game play patterns with an innovative ‘play to earn’ blockchain architecture, and Todd Young, Co-founder and CEO, Gamestar highlighted the most exciting trends and opportunities in Web3 gaming, and how they are changing user behaviour choices.

“I believe it’s really about personalisation, relevance, ownership, and equity,” he said.

Todd believes that the changing trend is focused around equity which he believes is colouring our entire world socially, politically, and financially as we get into decentralisation, and other opportunities to build wealth. “All of this is extremely attractive, particularly for the sub-segments that really drive the gaming category,” he added.

Chase Thomson, Co-founder and CEO, Arena, a startup that is enabling gaming streamers and content creators to engage with their communities and effectively monetise their content, delved on the subject of whether Web3 gaming compromised on the gameplay.

Speaking about moving away from focusing on the tokenomics behind the game to garner traction, he said, “We’re trying to build this foundation of Web3 gaming. There is, of course, going to be a couple of painful years while we build and develop infrastructure and cater to actual gamers with blue chip or five-star gaming experiences as opposed to just little financial games that we’re used to in crypto.”

Web3 calls for the infrastructure for the creator economy – including payroll, rewards, benefits, culture, and more need to be re-imagined. Talking about how he sees this playing out, Bridge said, “There are more than 2 billion players in the traditional gaming side versus several million players today on the crypto gaming side. Traditional gamers don’t want to be bothered with setting up different wallets, thinking of gas fees, not trying to enter them and many gamers as we know are also pretty young, so creating those gates would not allow for some of them to participate in those experiences to create the billions of crypto players the ecosystem aspires to.”

He also advised creators to not just focus on the payout, but also on the experience. “From a creator point of view, it really represents a potentially bigger revolution than just for the gamer,” he said.

“Blockchain is a great tool, because everything is traceable. It will be much easier for creators to see whether their asset is used – one or 100 times in one game, or across several other projects,” he added.

Bridge advised aspiring entrepreneurs to experiment with everything, try every protocol without bias, and make decisions based on that.

“It’s really easy to get sucked into crypto conversations on Twitter, and to believe one narrative over the other. But ultimately, this is all going to shake out, you know, through what the users actually want,” he said.

Todd advised creators to focus more on the creative aspect of the gaming experience, with a lens on what the audience likes rather than on protocols.

“What is missing so far is that range of different creative ideas. We see a lot of copycat models come up as soon one model is successful, instead,” he said,

Chase advised aspiring entrepreneurs to make sure that they worked with a great team which included subject matter experts across product, blockchain, tech, and development.

“There’s a lot of money and energy in the space for business guys like me to go out with PowerPoint and get people excited, but you’ve got to have the right people behind you to bring your idea to life and truly make something out of it,” he said.

CEOs of Locus and Pine Labs talk about building company culture, a beautiful product and the best time to exit

The next level of growth for Indian startups

How can startup founders take time off?