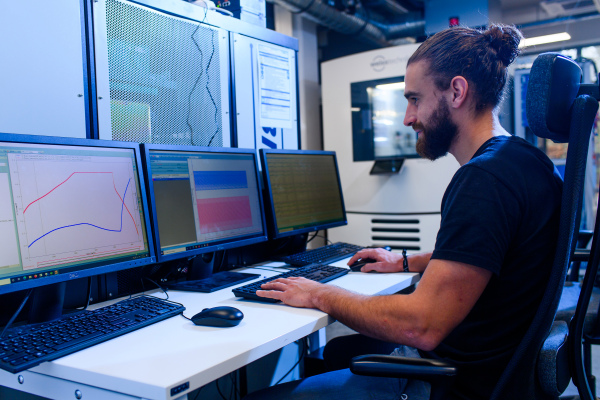 All batteries degrade over time. For automakers, fleet managers and other companies, the crux — and key to profitability — is knowing when they will.

But it’s surprisingly difficult to understand the health and status of a battery without extensive and expensive testing, which isn’t always possible once a battery is in a vehicle. German battery analytics software company Twaice has been taking aim at this problem since its founding in 2018, and it announced Wednesday that it has raised $26 million in Series B funding led by Chicago-based Energize Ventures. The company, which primarily works in the mobility and energy storage industries, now has a total financing of $45 million.

“We started Twaice with the focus on building a battery analytics platform which really covers the whole lifecycle of battery systems,” company co-founder Stephan Rohr told TC, including the development and operational phases. The company has launched tools that are suited for the design and development phase and when the battery is actually in a vehicle or energy storage system. Audi, Daimler and Hero Motors are some of its customers.

The company intends to use this fresh round of funding to expand its European commercial footprint and possibly into the United States. It also wants to build even more use cases on top of its analytics platform – for example, working with fleet providers, rather than only the manufacturers.

One of the company’s innovations is a concept of a “digital twin,” or a simulation model of the battery system that runs in Twaice’s cloud platform. The company continually updates the parameters of the ‘twin’ so that it reflects the behavior of the actual battery, down to its thermal characteristics, electrical behavior and degradation. That means companies that operate a fleet of EV buses can monitor the state of the battery packs of each of their vehicles.

“It enables not just a focus on the current health of the battery system, but also it enables us to simulate and forecast the future,” Rohr said.

One major use case for Twaice’s software is for warranty tracking and safety risks. Using battery analytics OEMs can understand where exactly the battery failed, whether in the cell or the module, for example, and also gain valuable data on future warranty claims based on previous data. Warranties are huge risks for OEMs, Lennart Hinrichs, Twaice’s commercial director explained to TC, in part because batteries are so complex and difficult to understand once they’re in a vehicle.

But having a grasp on the battery’s life could come in handy for consumers as well. Twaice has partnered with TÜV Rheinland, a testing and certification institute in Germany that’s working on EV resale in the private market. It could eventually lead the way to a standard assessment process for batteries on the resale market.

Once the battery is no longer suited for its first life application, companies can use Twaice’s software to assess the remaining life and health of the battery system and determine whether it’s fit for a second-life purpose or if it should go straight to recycling.

How To Improve Your Brand’s Online Presence

Hybrid Events Startup Hubilo Raises $23.5 Mn In Series A Round

3 Ways to Secure Your Financial Future

This is the beginning of the unbundled database era – TechCrunch