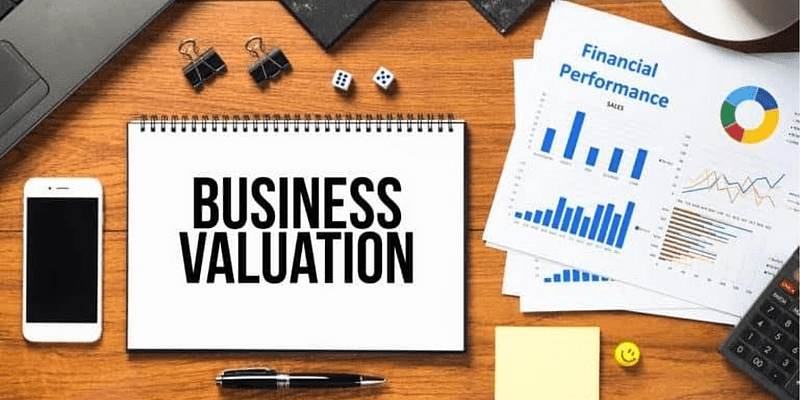 The valuation of a publicly-traded company can be done by multiplying its prevailing stock market price by its outstanding shares, which is commonly known as market capitalisation or market cap, whereas there is no market price available for the shares of an unlisted company.

Almost all pre-IPO companies, including startups, at any stage or series come as unlisted or non-publicly traded companies. Valuation is an important part of business, for companies themselves, but also investors.

Valuation can help the entrepreneurs track the performance and measure the worth of their companies in the market compared to others, particularly their peers. Investors can use valuation to help determine the worth of their potential investments in a company.

Valuation is important for unlisted companies

India-focused venture capital (VC) firms raised around $3 billion during 2020 in new fundraising record, a 40 per cent increase from 2019. This shows a clear indication that investment appetite on the part of VCs and other investors remains bullish.

Investors infused a mighty $4.4 billion into Indian startups in the 2021 January-March quarter, according to data sourced from market research firm Venture Intelligence. This is a decent 26 percent increase over the same period last year.

Barely four months into the current calendar year, and the Indian startup ecosystem has already given birth to 15 unicorns, with a large number of soonicorns (startups valued less than $1 billion) in the queue. Industry experts forecast that more startups will attain a valuation of $1 billion. India boasts of three decacorns out of roughly 30 in the world – all during the pandemic time.

The investor appetite for startups have not diminished, rather rose tremendously, even when COVID-19 took its toll on business and the economy as a whole. Needless to reiterate that valuation plays a key factor for the investors investing in mature as well as new startups. Investors value the startups not just based on the current performance but more on future potentials from various perspectives.

That said, the MSME segment needs a different mention in this regard. A recent Dun & Bradstreet survey indicated that 82 percent of Indian MSMEs got negatively impacted by the disruptions caused by COVID-19. Even with the steep decline in the number of new COVID-19 cases, the psychological impact of the second wave will be more profound and broader than the first one, especially on MSME business owners.

CII data credits MSMEs for 45 percent of exports, and provides employment to over 12 crore people. Undoubtedly, ensuring their survival and success is a crucial element of the economic growth of the country. It needs special efforts to get a proper valuation of MSMEs to attract investments because professional bookkeeping and accounting are lacking in the majority of them.

There are few groups that are interested in and in need of valuation of a business.

Methods for valuation of pre-revenue companies

Pre-revenue valuation is done using mostly imperfect parameters and data, such as traction, the quality of founders, prototypes, market potentials, and industry trends. Startups that grow on a small budget, attract customers for a low acquisition cost, and make a profit in the process can expect higher valuations.

Investors place a premium on startups with experienced and dedicated founding teams with diverse backgrounds like technology, marketing, and sales.

Investing in pre-revenue startups is risky, but the potential rewards are immense. Take Facebook: The company’s pre-revenue valuation in 2004, when PayPal co-founder Peter Thiel invested $500,000 into the four-month-old startup, was around $5 million. Today, the company has a market cap of over $700 billion. The same is the story of Indian startups like BYJU’S, Paytm, OYO, Ola, Zomato etc. that made into the decacorn and unicorn clubs.

Various investors, entrepreneurs, and academics have developed various methods to get help in this task.

The Scorecard Valuation Method, invented by angel investor Bill Payne, compares a startup to the valuation of other startups that are already funded and operate within the same sector, stage, and region. Several factors are considered, including team, product or technology, competitive environment, sales and marketing, and any need for more financing.

Investors would apply weights to various factors like management team, product, technology, market etc. The investor would then assign scores to the selected categories, multiplying the assigned scores with their weights provides the factors.

Summing up all the factors brings up the ratio of the valuation, which is then multiplied by the average pre-revenue valuation of comparable companies. For instance, if a company was assigned a factor of 1.07, and the average valuations of comparable startups are $2 million, then the company will be valued at $2.14 million.

The VC Method was developed in 1987 by Bill Sahlman, a professor at Harvard Business School. It involves calculating post-revenue valuation and then working back to arrive at a pre-revenue valuation

The future value of a business is calculated by multiplying projected revenue with projected margin and the industry price-to-earnings (P/E) ratio that is share price/earning per share.

For instance, a fintech company estimates to earn a $20 million revenue in 10 years, with a 20 percent profit margin. The fintech industry P/E ratio is 15. So, the future value of this business at the year of sale is calculated using the following formula:

This method which is an extension of the Berkus Method involves scoring 12 risk categories with ratings from -2 to +2, with negative ratings reducing the final valuation and positive ratings increasing it.

Analysing mature private companies is easier as they have steady financial data that analysts can use to predict cash flows and compare them with similar public businesses.

Calculating the future cash flows of younger startups is challenging because of the lack of financial data. Because the DCF method relies on accurately projecting future revenues, it is more suitable for mature companies with predictable growth rates and existing revenues.

DCF tries to know the present value of cash flows generated in future periods by discounting it at a discount rate.

Where: MC=Market capitalisation; equal to the current stock price multiplied by the number of outstanding stock shares

C=Cash and cash equivalents; the liquid assets of a company, but may not include marketable securities

Some of the difficult parts of working with multiples are finding data, the challenge that revenue or profit multiples of comparable companies tend to be static, that every company is unique, and knowing revenue without exploring variables such as market growth, staff quality, or profit margins doesn’t tell the whole story.

Calculating the net book value (NBV) is a valuation method adopted by companies with lots of tangible like land, equipment, business premises, and other physical assets and intangible assets like non-physical assets, such as reputation, patents, and brand.

This method, however, won’t capture the premium the market might place on the company’s value stemming from management, growth expectations, market potentials, product, technology etc. As a result, the NBV method tends to yield a lower valuation compared to other methods.

There are many business valuation methods to choose from. Some are more complex than others or ideal for different stages and different methods may result in different valuations for the same underlying asset and business.

Selecting an appropriate business valuation method depends on several factors, including the reason you need a valuation, whether sell-side or buy-side, the stage the company is at etc. Businesses in certain industries may be typically valued by a specific method or combination of methods that best capture their value.

Unique characteristics of technologies or products that companies offer need to be accounted for. A business that pursues promising but unproven technology might prefer a valuation method that captures future growth potential instead of current performance.

The business of climate action

Ministry of Electronics and IT announces advisory committee for Semicon India