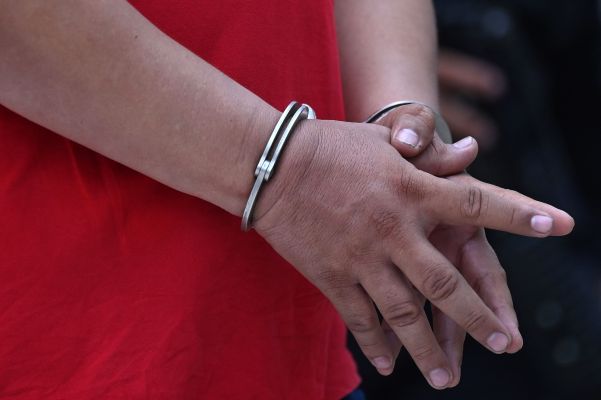 A technical violation is one of those Orwellian terms used by the U.S. government to occlude the absurd morass of process and procedure that is the modern criminal justice system in this country. After an offender has served their sentence, they are often placed under probation, which is accompanied by scores of rules on everything from where the person can go to who they can see. If a person commits a technical violation, they often are sent back to prison — perhaps months or years for an action as simple as being minutes late to a parole hearing.

Technical violations are expensive for all of us. Earlier this year, New York’s capital newspaper the Times Union reported that “New York imprisons more people for technical parole violations than any other state, and at a rate almost three times higher than the national average” and “The re-incarceration of those individuals cost taxpayers at least $683 million…” based on a report by Columbia University and The Independent Commission on New York City Criminal Justice and Incarceration Reform.

It’s Orwellian, and also Kafkaesque. And it’s a disastrous waste of public resources. Yet, it’s also a problem that lends itself to potential solutions, and that’s where Uptrust wants to make a difference.

Uptrust is a service that connects people returning to society with their public defenders and court records, ensuring that they have the calendars, appointments, rules, and procedures they need to avoid technical violations — improving their re-entry into normal life while saving significant expenses for taxpayers.

The company announced today that it has raised $2 million in seed funding from a trio of lead investors: the Decarceration Fund, Luminate, and Stand Together Ventures Lab. That’s on top of a $1.3 million round we reported on last year.

The company, which came together in 2015 and launched its first product in 2016, was co-founded by Jacob Sills and Elijah Gwynn as they explored how to improve the criminal justice system. They looked at areas like bail bonds, but kept coming back to a fundamental issue: many people were stuck in the system because of missed appointments or other technical violations. “There are way too many people not exiting the system … and they are circling back through,” Sills said.

Uptrust works through text messaging or its own app. Often, it’s linked with a public defender, since a defense attorney is more likely to get through to their clients than other members of the criminal justice system.

The company has been on a growth spree after years of trialing various iterations of its product, and it’s now located in 150 sites in 28 states, up from 30 sites just 18 months ago according to Sills. The state of Virginia, which currently uses the service in two sites, will expand it statewide by the end of this year or early next year.

Currently, the company charges a fee to governments to use the service, with the goal of limiting any financial costs to its end users who often lack the funds to pay. Longer term, however, the company sees a large opportunity in connecting its growing population of users to new services as they re-enter society. “More than half of them have challenges accessing health care,” Sills said, and he sees opportunities in areas as diverse as health care, finance and banking, and housing where the app could play a role in the future.

Yet, he acknowledged that this is still a “new market” that isn’t attractive to many traditional venture capital firms. So with this fundraise, Sills and his team decided to target funds that were deeply steeped in criminal justice issues who would understand both the problem being solved and how Uptrust could both succeed in its mission and also succeed as a business.

They also wanted what Sills described as “good diversity of thought.” Decarceration Fund invests in precisely what it says it does, and Luminate, which is part of the progressive-leaning Omidyar Network, is a philanthropy focused on civic engagement. Meanwhile, Stand Together Ventures Lab is funded by Stand Together which was founded by Charles Koch, who in addition to widely funding Republican and conservative causes, has in recent years also increasingly pursued criminal justice reform to minimize the government’s power over private citizens.

Chris Bentley, managing principal at Decarceration Fund, picked Uptrust as the firm’s first investment because he believed that the company understood precisely what this unique population needed. There’s a “very significant history of well-intended companies in this space causing unintended consequences,” he said. The fund is focused on investing in companies with clear guardrails and business models that are aligned with positive outcomes. “Half of our investment committee are founders themselves but are also returning citizens with real, lived experience with the system,” he said.

Uptrust has now grown to 15 people, centered in San Francisco and also scattered up and down the Eastern Seaboard. The “track record of for-profit companies is pretty bad, since most of them just build what the criminal legal system wants,” Sills said. “We are trying to prove that you can make money and do good and have real impact.”

How To Know It’s Time To Exit Your Company Gracefully

Despite 47% Decline In Q1 Profit, Analysts Positive On IndiaMART

How BSE is enabling startups to go public

The Startup Magazine 5 Reasons SEO Is Important For Businesses