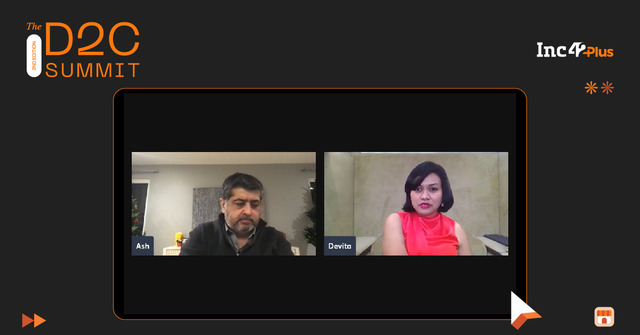 Founded in 2006, Vu Televisions is self-funded and claims to be a 100% debt-free and profitable company Mumbai-based Vu Television which has recently forayed into the popular direct-to-consumer (D2C) space aims to become a $1 Bn company. Speaking at the Inc42 D2C Summit 2.0, Devita Saraf, the chairperson and CEO, Vu Televisions further said, the company is eyeing to achieve INR 500 Cr sales mark through its D2C channel in 2022.

By entering the D2C segment, it has joined a number of traditional businesses which have of late decided to reach out directly to the customers online through their own ecosystem, adding to the existing ecommerce platforms.

With an already built up strong customer base on both offline and online spaces, Vu aims significant growth in its business and revenue with the addition of its own ecommerce site.

On the factors behind choosing to go the D2C route, she said, “We always like to grow… As entrepreneurs we are never satisfied. INR 1000 cr is a small chunk, now we want to be a billion dollar company. Now I think that we can expand our product line a lot more.”

Saraf also noted that the company is spreading its reach to a lot more geographies along with reaching out to the new generation.

On the inspiration to reach directly to the consumers, the Vu Television Chairperson recalled instances during Covid-related lockdows wherein people would reach out to her asking if the company could directly sell its products.

“I thought, let’s have (utilise) the learning from our offline retail, and the fact that we have had INR 2,500 Cr of digital sales through ecommerce partners and build our own D2C platform.The idea was first to take the offline customer centric mindset to an online space.”

Talking of the product offering on Vustore.com, she said that the company is starting with its best seller product and there would be a “massive” lineup of products to be sold through the platform in 2022.

Founded in 2006, Vu Televisions is self-funded and claims to be a 100% debt-free and profitable company.

It has entered the D2C space when the segment is witnessing rapid growth along with acceptance among consumers. Several traditional businesses along with startups, across segments (apparel, technology, FMCG) have now launched their own platform to sell their products.

Intel to Partner Up With Reliance Jio to Enhance 5G Capabilities

Meet the 13 startups in IndieBio’s SF cohort, and discover what about each swayed investors – TechCrunch