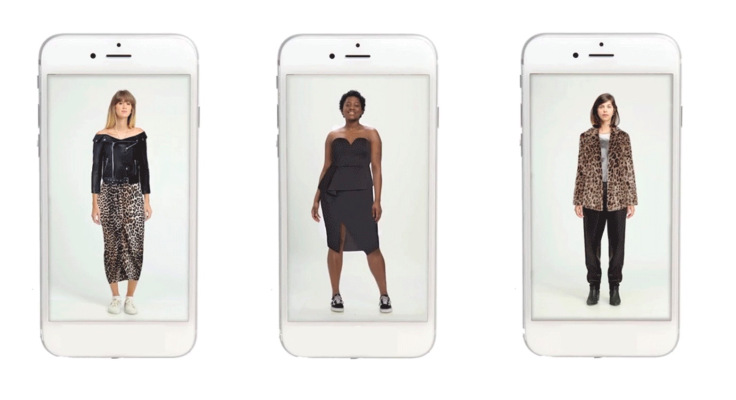 Retail giant Walmart announced this morning it’s acquiring the Tel Aviv-based startup Zeekit, which allows consumers to virtually “try on” clothing when shopping online. The company leverages a combination of real-time image processing, computer vision, deep learning and other A.I. technology to show shoppers how they would look in an item by way of a simulation that takes into account body dimensions, fit, size, and even the fabric of the garment itself.

Deal terms were not disclosed. According to data from Pitchbook, Zeekit had raised over $24 million in outside capital, but we’ve confirmed that’s inaccurate. Zeekit raised a $9 million Series A in 2016, and has raised a total of $16 million since 2014.

The company had already been working with a range of retailers and brands ahead of the acquisition, including Walmart, as well Macy’s, Asos, Tommy Hilfiger, Adidas, and others. It had once worked with Rebecca Minkoff during Fashion Week to help women shop the show’s looks.

Zeekit had been founded in 2013 by CEO Yael Vizel, VP of Research and Development Nir Appleboim and CTO Alon Kristal, with the premise that if online shoppers could see how clothing would look on their own bodies, the technology could reduce the rate of returns due to non-fitting, non-flattering items.

Walmart says customers will be able to use the Zeekit technology to virtually try on items brands including Free People, Champion, Levi’s Strauss, ELOQUII Elements, Free Assembly, Scoop, Sofia Jeans by Sofia Vergara, plus its own private label brands, like Time and Tru, Terra & Sky, Wonder Nation and George.

When the technology goes live on Walmart.com, customers can choose to upload an image of their own or choose from a series of models that best represent their height, shape and skin tone in order to see themselves virtually in any item of clothing. The goal is to provide a similar experience to trying on clothing when shopping online as you would otherwise have had when in a retail store.

Shoppers will also be able to share their virtual outfits with friends for a second opinion, via the new integration, adding the social element back into online shopping.

In addition to the virtual try-on, Walmart says Zeekit’s technology may be used to build other fashion experiences over time, including a virtual closet experience where you could mix and match styles.

With the deal’s closure, Zeekit’s three co-founders will be joining Walmart.

“We’re confident that with the team’s expertise in bringing real-time image technologies, computer vision and artificial intelligence to the world of fashion, we’ll identify even more ways to innovate for our customers in our continued effort to be the first-choice destination for fashion,” said Denise Incandela, Walmart U.S. EVP of Apparel and Private Brands, in an announcement.

Walmart in years past had heavily invested in apparel, including by acquiring online brands like Bonobos, ModCloth, Eloquii, and others, and even tried offering some brands, like Nike, their own shop on Walmart. com. Not all of these efforts paid off. Walmart sold ModCloth only a couple of years after buying it, for example, after ModCloth customers balked at being owned by a retail giant, and the brand remained unprofitable. More recently, Walmart partnered with online consignment shop ThredUP to list a large number of secondhand items on Walmart’s website.

In addition to the struggles around profitability, apparel more broadly been a harder area for online retail to get right, often because of the difficulties involved with picking out items that have to fit unique bodies and the non-standard sizing fashion designers use — meaning clothing can run smaller or larger, depending on given brand, even when shopping “your size.”

Another factor that may have impacted the acquisition was the pandemic, which pushed e-commerce years ahead, as retailers closed their doors and consumers stayed home to shop online due the circumstances of the health crisis. During this time, Amazon passed Walmart as the top apparel retailer in the U.S., according to Wells Fargo, which estimated its apparel and footwear sales grew 15% in 2020 to over $41 billion, or 20-25% higher than Walmart.

Walmart didn’t say when Zeekit would go live on Walmart’s website, only that it would show up “soon.”

We understand that, post-acquisition, Walmart will not continue to operate Zeekit’s existing business. Zeekit will work with their current customers on a transition plan.

Digital currency model likely by the end of year: RBI

The Startup Magazine How to Redeem Credit Card Bonuses?