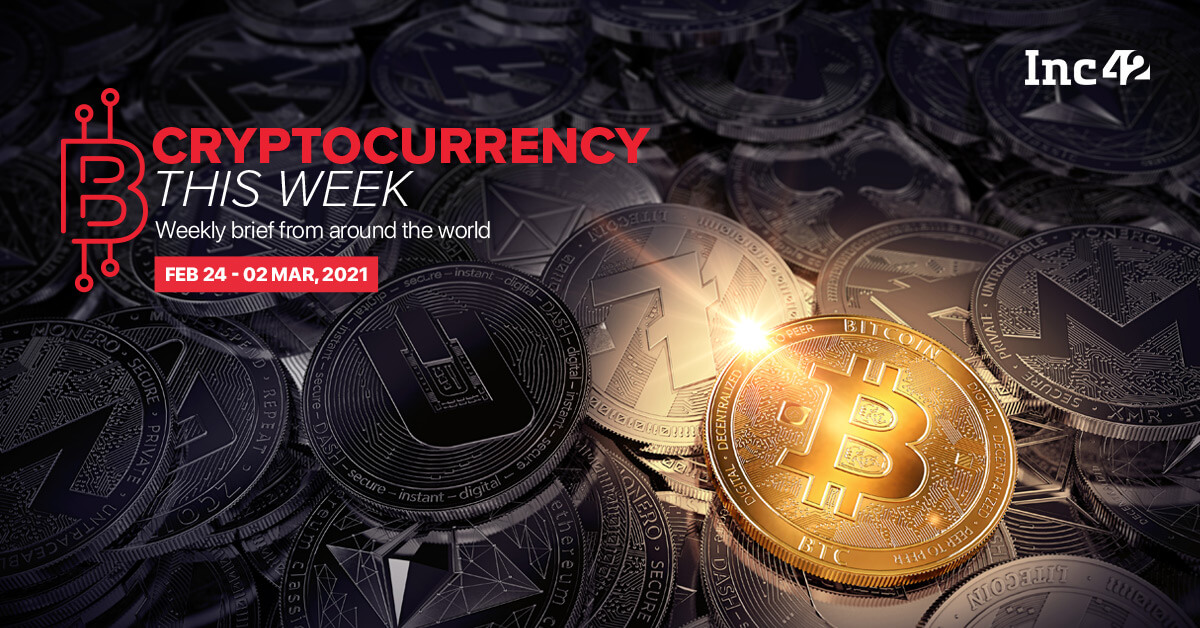 The government can ban the legitimate use of crypto, but that would mean giving further impetus to a host of crypto scams

What remains to be seen is the contours of the ban, whether the government bans only trading of cryptocurrencies, or even their holding and mining

GST is levied on the crypto transaction charges, brokerage etc. However, if the basic consideration is made liable to GST at 18% the entire business will shift outside India As an impending ban on cryptocurrencies in India looms large over all stakeholders, some are still hoping for the government to engage the industry players in a dialogue.

Kumar Gaurav, founder and CEO at London-based crypto-friendly neobank Cashaa said, “We are certain that the government would definitely involve industry players while deciding the framework for the industry. And about the current speculations, they have been there for everything new that has ever disrupted any existing conventional formats.”

He also felt that no government has the technology to ban, or rather enforce a ban on crypto since the control or authority over crypto doesn’t rest with any country, individual or entity.

What the government can do is ban the legitimate use of crypto, but that would mean giving further impetus to a host of crypto scams. “This will not be a win for anybody. Investors from outside India have invested heavily in crypto startups in India. There will be a huge loss to the economy. Also, this might lead to the rise of alternate offline markets which will be difficult for the government also to track,” Gaurav told Inc42.

Scope Of The Potential Ban Under Debate

The contours of the ban aren’t known yet. Those hoping talks of a ban to be ‘rumours’ were in for another rude shock last month, when RBI governor Shaktikanta Das reiterated the central bank’s position on cryptocurrencies. “We have major concerns from a financial stability angle,” he said.

What remains to be seen is whether the government bans only the trading of cryptocurrencies, or even holding and mining. Banning holding cryptos is a long shot, mostly because of the troubles that may come with its enforcement. According to estimates, over 7 Mn Indians hold more than $1 Bn worth in cryptocurrencies, and many such investors have also moved their assets to crypto wallets outside.

“In case, the government decides to move ahead with the ban, the first ones to be affected would be the crypto exchanges in India. They will have to shut operations in the country. But given most of them are global exchanges, they will continue to operate their global platforms,” said Ashish Singhal, CEO and cofounder at CoinSwitch Kuber.

“If the government does not illegalize holding then investors can continue with P2P transfers offline. But if the government bans the holding of cryptocurrencies as well then P2P trade would also be viewed as illegal in the eyes of the law,” he added.

It is worth noting that P2P or peer-to-peer transfers of crypto are those that occur offline, through digital wallets in the form of hard drives, and are mostly used by more technologically sophisticated users of crypto.

The Question Of Taxing Cryptocurrencies

Several industry players have talked about the benefits that the government can derive in terms of GST and Income Tax, by choosing to regulate, instead of ban crypto.

Parag Mehta, a partner at law firm NA Shah Associates, said tax implications on crypto gains would arise from whether they are treated as income or assets. It is understood that RBI doesn’t treat cryptocurrencies as legal tender.

As far as GST or goods and services tax on cryptocurrencies is concerned, in December last year, there was a proposal to levy 18% GST on crypto transactions, one that had alarmed founders of crypto exchanges.

Currently, Indian crypto exchanges pay GST on the fees and commissions levied by them on crypto trading.

“GST will surely be levied on the transaction charges, brokerage etc. However, if the basic consideration is made liable to GST at 18% the entire business will shift outside India. If it cannot be removed from the ambit of GST, it should be treated at par with high-value assets like gold, silver and diamonds where there are lower rates of GST i.e 0.25 % onwards,” Mehta explained.

Drawing a clear distinction between cryptocurrency and the technology used, the Reserve Bank of India (RBI) governor Shaktikanta Das said the benefits of blockchain technology need to be exploited. “Crypto, we have major concerns from the financial stability angle,” he said.

Fearing a potential ban, many crypto investors have already sold some of their assets and are also moving to wallets and exchanges based outside India. Startups are also considering relocating outside India if the government indeed bans cryptocurrencies.

“If a ban materialises, we will challenge it in the Supreme Court. We will also look at relocating outside India. A ban may also cause crypto prices in India to trade far below global prices as a mass of people try to exit at the same time,” Gupta told Mint. Read the full story here.

The Startup Magazine ACOs: How They Work

When Tanmay Bhat got tipped £500 for playing online carrom