In FY20, Rebel Foods’ losses burgeoned by over 200% due to the costs associated with scaling up multiple brands 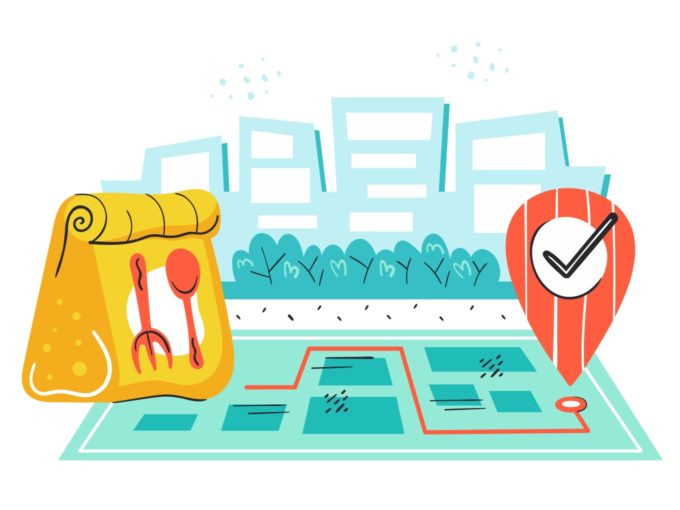 After enabling the expansion of US fast food giant Wendy’s in India with its cloud kitchen model, Rebel Foods is reportedly close to sealing a $200 Mn funding round at a valuation of $2 Bn. The company, which last raised received $26.499 Mn in its Series E funding round from US-based hedge fund Coatue Management, is looking to expand its portfolio of cloud kitchen brands in India and overseas with the upcoming round.

Rebel Foods operates Faasos, Behrouz Biryani, Slay Coffee, Sweet Truth, Mandarin Oak and a slew of other brands in India, including cloud kitchens for Wendy’s since December last year. According to a Bloomberg report, it is is talks with investors to raise the funds, with existing backer Goldman Sachs Group assisting in the fundraising talks.

While Rebel Foods has launched a slew of in-house brands since being founded in 2010, it is looking at international partnerships such as Wendy’s to bring in brands that are already familiar to Indian customers. This not only reduces the allied marketing costs for Rebel, but also is a great proposition for brands such as Wendy’s that have found it hard to scale themselves in the vast Indian market.

With a partner such as Rebel Foods, which has an extensive network in the Indian market, these brands get a faster track to scale in India. Wendy’s, for example, is opening about 250 cloud kitchens across India with Rebel Foods and its local franchisee business owner.

The US fast food giant has opened more than 20 cloud kitchen units in the last three months in India, Abigail Pringle, president (international) and chief development officer of The Wendy’s Company, said in an interview recently. “Delivery is a growing channel for our brand around the world and India’s online food delivery segment is expected to grow significantly over the next several years. Customers want convenience and access to the brands they love,” Pringle was quoted as saying by Forbes India.

Founded in 2010 by Jaydeep Barman and Kallol Banerjee, Rebel Foods started out as Faasos but has since launched 11 other food brands under various pricing segments. These include Behrouz Biryani, The Biryani Life, Mandarin Oak, The Good Bowl, Oven Story and Firangi Bake. Given its financial performance, Rebel would be keen on exploring more such partnerships to cut its costs over the next fiscal. In FY20, its losses burgeoned significantly due to the costs associated with scaling up multiple properties.

In FY20, ending in March last year, Rebel Foods’ revenue grew by 84% year-on-year (YoY) to INR 572 Cr, but its expenses shot up by 128% resulting in net loss growing 229% to INR 431 Cr in the year from INR 131 Cr in the previous fiscal. The company earns its operating revenue from the sale of food products and income from making home deliveries for orders received through its online portals.

Talking about Rebel Foods’ financial performance, a spokesperson told us last month, “FY20 was a year when we invested in growth, focused on increasing our footprint in India, Southeast Asia, and the Middle East, as well as technology, and our people. We saw the opportunity to emerge global leaders in a sunrise industry and doubled down on that.”

Besides adding new international brands, in 2020, the cloud kitchen company also changed its tack from having a single brand in each cuisine or category to multiple brands that cover a wide price range. Thus, Rebel is hoping to compete aggressively with smaller restaurants and cloud kitchens that offer more affordable food items in the same category.

Cofounder Banerjee told Inc42 in August 2020 that two brands in the same food category helps cover more of the market, while protecting the margins. For instance, Rebel Foods has two Biryani-focussed brands, Behrouz Biryani and The Biryani Life, the latter priced considerably lower than Behrouz. While the company has so far implemented this strategy only in the ‘Biryani’ category, Banerjee explained that based on customer feedback, it will look to employ the same experiment in other food categories as well.

Why do startup valuations go down when interest rates go up? – TechCrunch

India gets third-largest agritech funding; can drive close to $35B for agri products by 2025: Bain & Co report