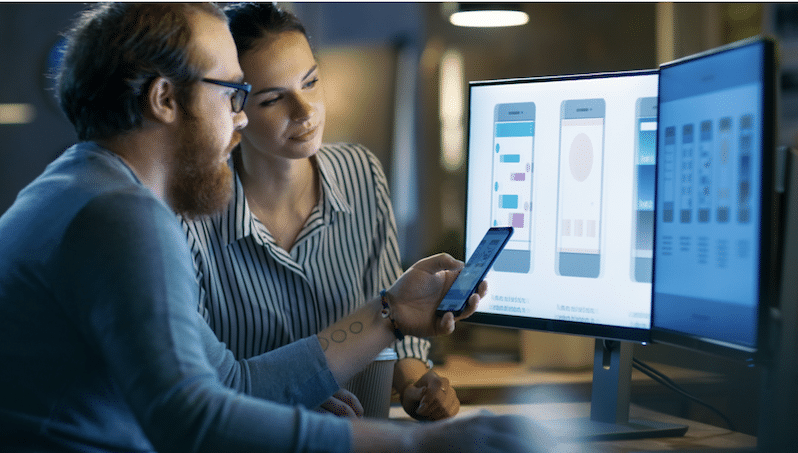 Over 3 million apps are developed for iOS and Android every year. Millions of more ideas are being generated and iterated every single day.

If you’ve ever had an idea for an app, it can feel daunting to get the ball rolling. Who should you turn to when developing an app? Should you do it yourself?

Unless you have years of development experience, hiring an app developer is the way to go. But just hiring a developer is easier said than done, especially given the cost.

In this article, we’ll be discussing how much an app developer costs in 2021 and what goes into their rates.

Hiring a Mobile App Developer in the U.S.

If you live in the U.S. or are used to doing business locally, you’re likely going to look for American-based developers. A mobile app developer in the U.S. has an average salary of $73,000 a year.

Keep in mind that a mobile app can take anywhere from 80 to over 500 hours to complete. If you’re paying a developer an hourly rate, it could be anywhere from $30 to $150.

The time invested in your app project might depend on the platform as well. A developer might take less time to work on an iOS app than an Android app, and vice versa.

Keep in mind that there are taxes, bonuses, and other expenditures that can boost the end price.

Hiring a Mobile App Developer Outside the U.S.

Say you want to cast a wider hiring net for mobile app development services. You can look for developers outside of the U.S. to garner a wider selection of talent.

An app developer from the U.K. will cost about £29,000. Just as you would with an American developer, you’ll have to contend with tax, bonuses, and a few other expenses.

India is another great area to look for app developers. They typically cost about ₹419,172, which is a little more than $5,000 a year.

Remember that all of these numbers are variable and you won’t get the full scope of an app developer’s rate or salary until you talk it through with each candidate.

Before you go online and start finding candidates, there are a few things to consider about the app that you want.

First, the platform is important. Do you want specifically Android mobile app development or an iOS exclusive? Each platform has its own set of rules and code that developers will have to contend with.

Cross-platform is certainly possible, but you’d have to narrow your search to find those types of developers.

You should also consider looking for developers on freelancing websites. They might be able to offer better rates. You can also use your network to find companies with expert developers.

While app development can be time-consuming, there’s no limit to the number of developers and resources at your disposal. Use this guide to find the right mobile app developer for getting your ideas into stores.

Looking for more informative articles on startups and other businesses? Check out the rest of our site!

Indian startup funding on track for a record 2021

How to Scale Up Your eCommerce Business

In his first book, filmmaker-entrepreneur spotlights the ‘heroes of today’

How leap.club Is Reinventing Social-Professional Network For Women

Real estate platform Loft raises $425M at a $2.2B valuation in one of Brazil’s largest venture rounds – TechCrunch