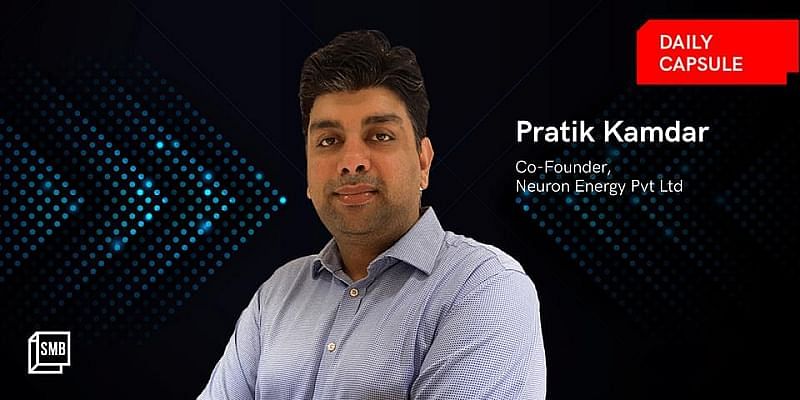 The death of Queen Elizabeth II has turned a new chapter in history, and India will also mark a day of mourning on September 11.

The UK’s economy has also taken a pause as the Bank of England postponed a key decision on interest rates. However, on the other side of the Atlantic, the US Federal Reserve indicated that it will continue to raise interest rates—something the Indian startup ecosystem will have to take with a pinch of salt.

Meanwhile, the Finance Ministry came down hard on illegal loan apps targetting low-income groups, asking the Reserve Bank of India (RBI) to prepare a whitelist containing all of the legal apps and monitor rented accounts that could potentially funnel money laundering.

ICYMI: Apple recently released iPhone 14, triggering a meme fest on the device’s similarities with the previous two versions. Even Steve Jobs’ daughter Eve Jobs joined in on the fun!

Here’s your trivia for today: On average, how far do a typist’s hands travel in a day?

What’s next for Neuron Energy?

Till about 2017, to most Indian consumers, EVs didn’t strike as a strong buy, says Pratik Kamdar, Co-founder of Mumbai-based ﻿Neuron Energy﻿, which supplies lead-acid and lithium-ion powered batteries to EV manufacturers.

This sentiment has now changed. Growing awareness about environmental issues, availability of subsidies and tax rebates on buying EVs has peaked consumer interest.

On World EV Day, SMBStory spoke to Pratik to discuss Neuron’s role in the EV market.

When OYO was founded a decade ago, it introduced the concept of budget hotels and changed the way the hospitality industry operated. Now, microstays promise another such transformation in the sector, introducing the concepts of pay-per-hour and capsule stays.

Hopping on the trend, Noida-based Brevistay has been mastering the pay-per-hour model for a few years. Started in 2016, Brevistay was co-founded by Prateek Singh, Shubham Agarwal, Nikhil Kumar Pathak, Aditya Naithani, and Avnish Kumar.

Uplifting women of the Musahar community

Sudha Varghese has devoted over 30 years of her life to empowering the Musahar community of Bihar.

It started in the early 1960s when she was still in her early teens. A magazine in her school library caught her attention. It had pictures of a land far away, pictures that were horrifying and showed the appalling living conditions of the Musahars, a community in Bihar. The word “musahar” literally translates to “rat eaters”.

On average, how far do a typist’s hands travel in a day?

How this B2B procurement enablement startup grew 10X over 1 year

The orchestration of several tools and technologies will define the next decade of business, say experts

Prateek Kuhad–The Way That Lovers Do

Notion helps get things together but app needs fixing

How Planta app helps your plant babies survive and thrive