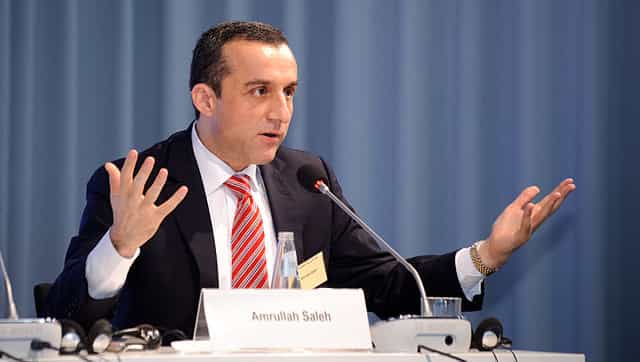 While there is no official confirmation on Amrullah Saleh’s whereabouts, it appears that he has retreated to Afghanistan’s Panjshir Valley northeast of Kabul, which is still free from Taliban control Afghan first vice president Amrullah Saleh added a new twist to the ongoing crisis on, claiming he was now the caretaker president after Ashraf Ghani fled the war-torn country.

On 15 August, as Taliban entered Kabul, Saleh had tweeted: “I will never, ever and under no circumstances bow to the Talib terrorists. I will never betray the soul and legacy of my hero Ahmad Shah Masoud, the commander, the legend and the guide. I won’t disappoint millions who listened to me. I will never be under one ceiling with the Taliban. NEVER.”

Clarity: As per d constitution of Afg, in absence, escape, resignation or death of the President the FVP becomes the caretaker President. I am currently inside my country & am the legitimate care taker President. Am reaching out to all leaders to secure their support & consensus.

Who is Amrullah Saleh?

Born in October 1972, Saleh belongs to the Tajik ethnic group and was orphaned at a very young age.

He has long been a part of the struggle against the Taliban, which dates back to the 1990s when he first fought alongside late guerilla fighter Ahmad Shah Massoud’s Northern Alliance that took on the Taliban when it came to power.

According to an AFP report, Saleh’s sister was tortured to death by Taliban fighters in 1996. “My view of the Taliban changed forever because of what happened in 1996,” Saleh had written in a Time magazine editorial last year.

After the 11 September, 2001 attack on the World Trade Centre in New York, Saleh — then a part of the anti-Taliban resistance — became a key asset for the Central Investigation Agency (CIA).

His relationship with the CIA helped pave his way to lead the newly formed Afghanistan intelligence agency, the National Security Directorate in 2004.

As NDS chief, Saleh gathered intel, where he came up with proof that the Pakistani military was backing the Taliban.

In 2010, however, he was dramatically sacked as Afghanistan’s spy chief following a humiliating attack on a Kabul peace conference.

After being dismissed, Saleh maintained his fight against the Taliban on Twitter where he would fire off tweets against his longtime foe.

In December 2018, president Ashraf Ghani appointed Saleh as the new interior minister. He went on to become the former leader’s vice premier.

Saleh has become a target of assassination a number of times. On 9 September, 2020, Saleh was wounded by a bomb attack in Kabul, in which 10 people were killed. On 28 July, 2019, three militants entered Saleh’s office in Kabul after a suicide bomber blew himself up killing 20 people. While Saleh survived, he lost many colleagues and two nephews in the attack.

In a 60 Minutes interview in the United States in December 2009, Saleh stated: “Sure, and if they kill me, I have told my family and my friends not to complain about anything, because I have killed many of them with pride, so, I am a very, very legitimate target, very legitimate, because when I stand against them, the desire to stand against them is part of my blood. I believe they are wrong.”

Where is Saleh now?

While there is no official confirmation on his whereabouts, it appears that he has retreated to Afghanistan’s Panjshir Valley northeast of Kabul, which is still free from Taliban control.

On 16 August, images of him surfaced on social media with the son of his former mentor and famed anti-Taliban fighter Ahmed Shah Massoud. From what it seems, the two are putting together a guerilla movement to take on the Taliban.​

Security cameras for your home