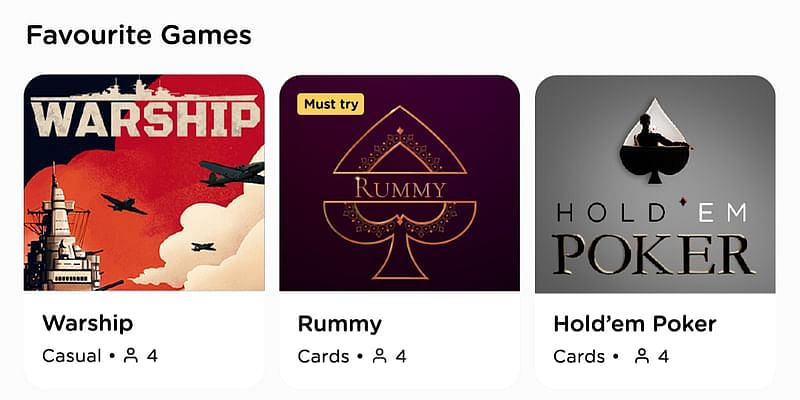 When a YouTube user in India tips you a whopping 500 pounds on superchat — a feature that allows a user’s message to be displayed prominently on the live chat screen — then you’ve clearly made history, especially since India-based users have a maximum cutoff limit of Rs 10,000 per tip.

As Tanmay Bhat invited his fans to play carrom with him on social real-money gaming platform GetMega while streaming it live on YouTube, frenzied fans who were eager to receive his invite to play with him on YouTube live stream were tipping him amounts ranging from Rs 20 to Rs 10,000 to have their chat noticed in the sea of messages coming in from users.

So when a user by the name, Rebecca McMullan, tipped Tanmay a hitherto unheard amount of 500 pounds on superchat, disbelief followed, as Tanmay repeatedly asked for what that figure meant in Indian rupee terms. The answer, as someone quickly calculated and shared with him, is Rs 50,000, or exactly Rs. 50,630.76. This seems to be the highest ever amount in a single transaction paid to a YouTube Influencer through superchat feature in India.

Tanmay’s fans from India had hacked the superchat cutoff limits by asking a friend based in the UK to tip 500 pounds. What ensued was a flattered Tanmay Bhat playing a game of online carrom on videochat with the visibly excited fans on GetMega’s social real-money gaming platform.

To be clear, this is what makes GetMega the first-of-its-kind real-money, social gaming platform in the world:

The story of India

Founded over two years ago by serial entrepreneurs Mayank Kumar and Lokesh Jangid, GetMega has until now been operating in stealth mode as the team focused on building a real global product from India and creating a platform that has the ability to hit hyper scale of one billion users over five years.

“We believe in the story of India. Lokesh and I both strongly feel that deep technology products and product-based consumer internet companies that are revered by the world should emerge from India in this decade,” Mayank tells YourStory.

“India is already leading the world in real-money gaming category and in that space, we’re further innovating to build a social real-money gaming platform — our Aatmanirbhar solution inspired by the vision to build a global product from India that is respected and revered by the global technology community,” he adds.

“Building a multi-player gaming platform integrated with videochat technology without disrupting the gameplay experience due to hardware problems like phone overheating, network lag, and battery optimisations is an extremely difficult problem to solve. We are extremely proud to have solved it for India; in time for the launch,” adds Lokesh, who is the CTO and Co-founder of the company.

“We are privileged to be partners with a superlative team that combines deep experience in building high quality multi-player social games with strong understanding of real-money game mechanics. GetMega is well positioned to capture the mega gaming opportunity in India and beyond.” says Suvir Sujan, Co-founder and Managing Director of Nexus Venture Partners, early investor and Board Member in GetMega.

“My investment decision in GetMega was primarily driven by two factors: Mayank’s vision about creating a top game studio in India and the huge potential in the market. Working as an advisor since 2019 it’s been amazing to see how GetMega team has iterated both on process and product to improve the in-house competence and building a company for the future,” Michael Sjoberg, an angel investor in GetMega and Senior Director Business Performance @ King, a global powerhouse of a gaming company from Sweden and makers of Candy Crush, which has captured the imagination of the world for almost a decade.

“GetMega follows a skill-based model, where the players need to have a high degree of skill in order to play and win money,” Mayank explains. Participating in skill-based games and competitions for cash prizes is legal in most states in India, except Sikkim, Tamil Nadu, Kerala, Assam, Andhra Pradesh, Nagaland, Odisha, and Telangana.

Currently, the platform is available only on Android apps, as the majority of the mobile user base in India are Android-first users. GetMega, which has already acquired over five million users, is now aiming to hit over 50 million users by the end of this year.

“There is a growing base of internet users in Tier II and III India. These are people who have high aspirations and are starved for modes of entertainment that they can get easily at low costs. The audio-video chat and social element on the app simply removes all language barriers as video is something everyone can use with ease,” says Mayank, as he explains the large market opportunity GetMega can tap into beyond just the English-speaking world.

In truth, this massive opportunity also forms the basis of the name of the startup: GetMega.

Simply explained, the dream of building something “mega like” and getting there gave rise to the name, Mayank says. India, he further explains, has over 700 million mobile internet users, of which 200 million users are easily the target user base for real-money gaming, making it a multibillion-dollar market opportunity.

“We are excited to partner with Mayank and Lokesh for the second time. We strongly believe they will create a truly global consumer internet product company from India,” says Subrata Mitra, Partner at Accel.

At its core though, the idea to build a social real-money gaming platform like GetMega is more sentimental than numbers-based, Mayank confesses.

Referring to the almost-ritual-like-experience of playing card games with family and friends at every Indian festival, Mayank says the idea behind GetMega was to digitise this experience that most Indian family and friends know only too well and fondly associate every festival with: – playing a game of rummy or poker at home during a Diwali party or a game of carrom at a simple family get-together with small amounts of money for fun and entertainment.

“It isn’t about the money. There is a large festive and social element associated with that poker match during Diwali. Now imagine if you could do that sitting anywhere using a video chat and feel as if you are sitting in the same room. We want to deliver that human emotion on demand with GetMega,” asks Mayank.

Currently, GetMega follows a rate-based commission model. For every round a person wins, the winner is charged 10 percent of their total winnings.

GetMega has already raised funding to the tune of $9 million from Nexus Ventures Partners, Accel Partners, and other angel investors. It is currently in the process of raising a large round and is in talks with multiple global investors.

Since COVID-19, online gaming as a segment is fast growing. As per Google-KPMG, India is now the world’s fastest-growing mobile gaming market, growing at 22 percent annually and poised to be worth $1.1 billion by 2021.

The segment is seeing significant growth in investments as well. The esports platform Mobile Premier League (MPL) raised $95 million investment in February 2021. This was after the Bengaluru-based gaming startup, which has over six crore users, raised $90 million in September 2020.

In addition to gaming startups getting a lot of investor focus and attention, all eyes are also on Nazara Technologies, which is set to IPO soon.