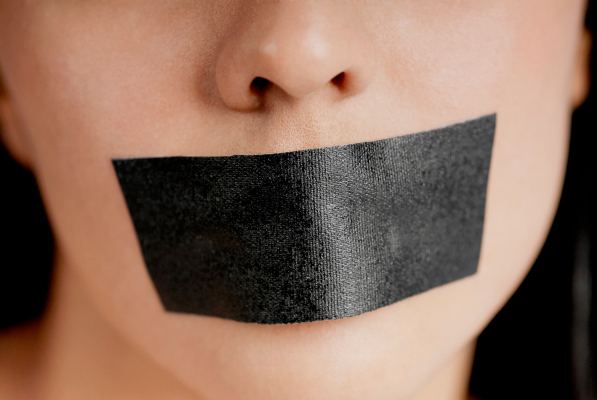 Kathy Hannun is president and co-founder of Dandelion Energy. Prior to Dandelion, Kathy worked at X, Google Alphabet’s innovation lab. In May 2017, Kathy launched Dandelion as an independent startup. She graduated from Stanford with a B.S. in Civil Engineering and M.S. in Computer Science.

I closed two major rounds of funding for my geothermal energy startup, Dandelion Energy, while pregnant. I did not disclose either pregnancy to my investors during the fundraising process either time. I felt fine doing this, and I believe other founders should feel free to keep their pregnancies private as well if they’d prefer to.

No one would think twice about a male founder who declined to share the details of his health or family status with investors during an initial fundraising meeting. On the contrary, it would be an unusual move for him to do so.

For some context, my co-founder and I spun our startup, Dandelion Energy, out of Alphabet’s X in April 2017 and raised our first small round of outside funding that summer. Our goal was to set up a commercial pilot and start selling and installing heat pumps to demonstrate that our product worked and show that there was demand for affordable geothermal before we raised a larger round. We had to prove that our business was viable.

No one would think twice about a male founder who declined to share the details of his health or family status with investors during an initial fundraising meeting.

As summer turned to fall, I had to figure out how to approach being pregnant while raising Dandelion’s second round of funding. I was lucky to be able to choose whether to tell people I was pregnant because it turned out I didn’t end up looking visibly pregnant until about seven months in, and even then I could dress to make it nonobvious. Without knowing anyone who’d gone through a similar experience, I had to decide how I would handle my status as a pregnant person when speaking with investors.

At first, it worried me that I would be hiding something if I didn’t disclose my pregnancy. But I really didn’t want to. I was a first-time entrepreneur with no real track record. Oh yeah, and I was a woman. And almost all of the investors were men who typically funded men.

Especially early on in a startup’s life, these investors are judging the founder as much as the business. Making an impression is key, and “pregnant” didn’t strike me as accretive in any way to my ability to deliver the type of impression that would lead to investment in my business (I hope this changes over time, but I am being honest about how things seemed to me).

And then there was this: Even if I had decided to tell investors I was expecting, how could I broach the topic in a way that wouldn’t threaten to derail the entire tenor of the meeting? I was meeting most of these people for the first time and had a limited amount of time to spend explaining payback periods and vapor compression refrigeration cycles. It seemed like the best-case scenario was if disclosing pregnancy made the meeting no worse than it would otherwise have been. In no world could I imagine it would be a net positive.

Given all of this, I made the decision to not talk about it. It worked out for me. As soon as I started showing, around seven months in, everyone left their offices for the holidays, and so I was never forced to address what was becoming visibly obvious.

But of course there was a downside to my approach. I would have to tell them eventually, and I’d pushed it off so long that by the time I finally got around to it we basically had to have a conversation like this:

Investors: “Congratulations! We are so thrilled for you! When’s the due date?”

Happily, all of them were extremely supportive and gracious when I told them. Their uncomplicated and positive acceptance of the news even made me wonder if all my internal wrangling about whether to tell investors had been unnecessary. I gave birth to my daughter literally one day after the money was wired.

Time passed and it became clear we were ready to raise our next round of funding. Also, I become pregnant again. This time, most of the fundraising happened in the early stages of my pregnancy. Early enough that I hadn’t even really told my friends, so it was obvious to me I wouldn’t be telling investors I was just meeting. After having gone through it once before, it was an easier decision the second time around.

Reflecting on my experience, I do think it helped that I got to know my investors throughout the fundraising process, so by the time I told them I was pregnant, they already knew me and I had already established my credibility as an entrepreneur. Being pregnant was just something going on in my life; it didn’t define who I was to them. That is one advantage of introducing it later: It did not define me because they knew so much else about me by that point.

In many ways, I am a stereotypical founder: I have a CS degree from Stanford, I worked as a PM at Google, I have an engineering background. I have many advantages. Yet, more present in my mind during fundraising were the parts of my identity that seemed atypical, and the primary aspect here was my being a woman.

Because there is so much conversation about how women receive so much less investment, I was worried that being a woman would be a disadvantage, and there’s nothing like being pregnant to highlight in the strongest possible way that you’re a woman.

I now feel lucky to know other founders who have raised money while visibly pregnant, and so I’ve seen firsthand that it’s possible. But it is not something that a pregnant founder should feel obligated to disclose. I hope that it becomes common for women to start businesses and raise capital for those businesses in every stage of their lives, including when they’re pregnant.

Because as soon as the pregnant woman and the guy with the hoodie both seem equally probable as startup founders, it will suddenly matter much less whether to talk about your pregnancy.

Argentine fintech Ualá lands $350M at a $2.45B valuation in SoftBank, Tencent-led round – TechCrunch