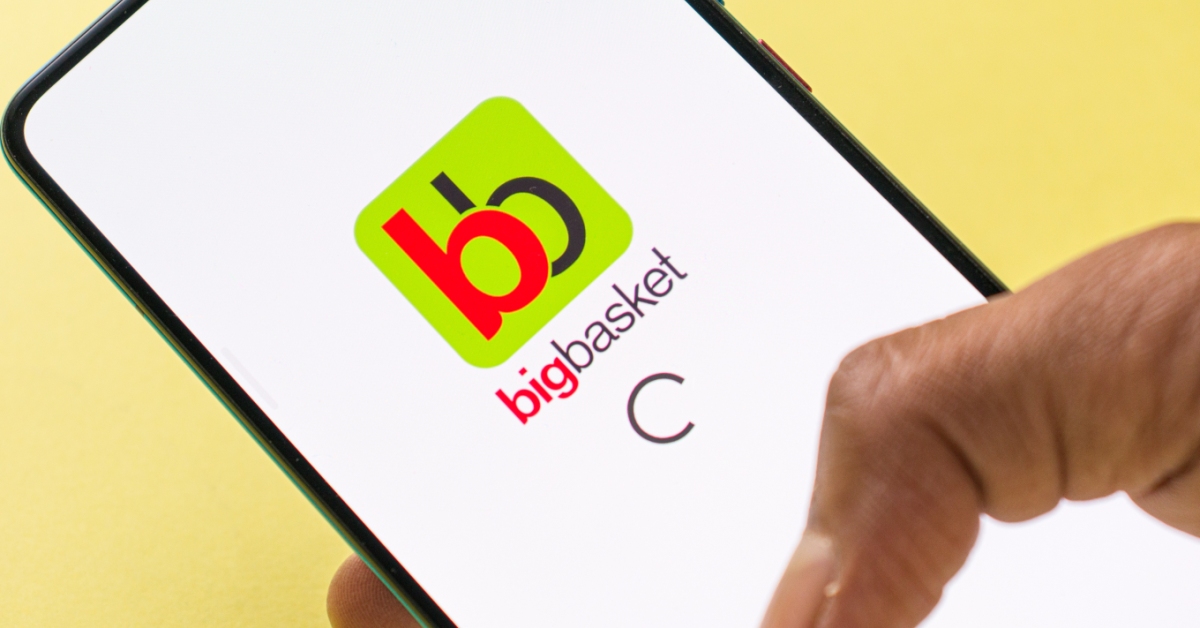 Tata has reportedly sealed an INR 9,500 Cr deal for a 68% stake in the online grocery platform which is present in 26 cities and processes 150,000 orders a day

Interestingly, the terms of the deal are such that the Tata Group would look to list BigBasket in the public markets as soon as next year

BigBasket’s business model isn’t as asset light as most internet businesses. Early on in its journey, the company made the decision to have its own inventory whereas many of its peers were going with a pure play hyperlocal model

It’s finally happening for the 153-year old Tata Group. The company has reportedly sealed a deal to purchase 68% stake for INR 9,500 Cr in online grocery platform, BigBasket, to aggressively capture the modern-day online retail market. The platform is present in 26 cities and transacts 150,000 orders per day.

In a media interview last year, Tata Sons Chairman, Natarajan Chandrasekaran revealed that the conglomerate was planning to offer a range of services on a super app, including food and grocery ordering, fashion and lifestyle, consumer electronics and durables, insurance and financial services, education, healthcare, and bill payments.

While most companies may take several years to add these services to its platform, in the case of Tata, the conglomerate already has a presence in all the above areas.

To a large extent, even Reliance is a major player in these categories, but while the Mukesh Ambani-led Jio is banking on acquiring users for its online products through its eponymous telecom service, the Tata Group is aiming to connect its existing consumer products to a digital layer.

Interestingly, the terms of the deal are such that the Tata Group would look to list BigBasket in the public markets as soon as next year, according to unnamed sources quoted by a news report. This means that the conglomerate wants to invest in the acquired platform without straining its own books.

“Tata Group has a significant presence in the Indian retail market across the categories, and given an online presence is now necessitated, the potential deal will ensure faster entry into the online grocery segment. For BigBasket, the deal helps in getting the needed funds and support for the next wave of growth,” says Rohan Agarwal, Director at consulting firm RedSeer.

Grocery is the largest contributor to the retail basket of Indian consumers but its online penetration has been quite limited compared to other categories such as electronics, fashion, beauty etc. But the Covid lockdowns in 2020 changed that as the online grocery segment’s  cumulative gross merchandise value (GMV) grew to $3.3 Bn, according to Redseer.

Not Just A Digital Layer

In a conversation with Inc42 earlier in the context of Reliance’s acquisition of Urban Ladder, a veteran Tata Group executive who didn’t want to be named had said: “If you have to buy a digital company, buy a startup that is highly successful because if you buy an unsuccessful startup and think you can (simply) change the people, then you are taking away the 70-80% of what the company is doing. Because there are no processes and physical assets to speak of.”

But BigBasket’s business model isn’t as asset light as most internet businesses. Early on in its journey, the company made the decision to have its own inventory whereas many of its peers were going with a pure play hyperlocal model.

While the inventory model means that a company would have to store a majority of what it sells on an app in its own warehouses, the strictly hyperlocal model involves delivery partners picking up ordered goods from third party points of sale such as kirana shops and supermarkets.

“The highest cost is the cost of delivery, and runs anywhere between 7-7.5% of sales in e-commerce grocery when you’re doing well. That’s the number you’ve got to hit. But models like this (hyperlocal) run at 12-13% of sales,” BigBasket cofounder and CEO T.N. Hari told The Ken in an interview earlier.

Going with the inventory model however, means heavy spending on things such as godowns and creating private labels that can help increase margins. For instance, a look at the FY19 financial report of BigBasket’s B2B arm shows that it spent around INR 123 Cr on infrastructure such as godowns and plants to support its supply chain. At the end of FY19, it held inventory worth INR 208 Cr, a jump of roughly 83% as compared to INR 113.7 Cr it held at the start of the fiscal.

What this might mean is that Tata would absorb the asset heavy part of the business to its own books while just the consumer part is listed on the bourses — the same playbook that Reliance is using with its Jio Platforms. As foreign investors aren’t interested in investing in technology businesses that are asset heavy, Mukesh Ambani’s workaround has been to separate the digital surface of the Jio universe from the infrastructure underlying them.

The Art Of Super App Integration

“Logically, everyone will say that Tata’s cold storage, warehousing, distribution capabilities, and consumer labels can be integrated with BigBasket. But it won’t be that easy. The art lies in execution so that 1+1 equals 2 and not less,” says a management consultant who doesn’t want to be named as he was involved in the transaction. He added that the conglomerate would likely leverage the data on user preferences from BigBasket for strengthening its FMCG offerings.

The biggest challenge, however, for the conglomerate with a collective annual revenue of $113 Bn (2018-19) and a history of 150+ years is its agility and ability to change itself according to consumer needs. Even with this announcement, many have questioned whether Tata is late to the ongoing digitisation wave in India.

Speaking to Inc42 earlier, Dr. Shashank Shah, visiting scholar’17 at Harvard Business School and author of ‘The Tata Group’, a biography of the Indian conglomerate, noted that the Tata Group undergoes a lot of collaborative and consultative decision-making before announcing new business plans.

He noted that before making any business decisions, Chandrasekaran who is chairman of Tata Sons and other Tata group companies would have to engage with the board of directors of all the related companies because they are all independent entities in which the Tata Sons have holdings. Each of these multiple stakeholders and their interests have to be incorporated before going ahead with these kinds of strategies rollout.

“They are not a promoter-driven company like Reliance, where the managing director takes the call. While most of the things get attributed to Ratan Tata, in my interviews and discussions, he would always say that for all business-related things I think Chandra (Chandrasekaran) should take a call. There is a very clear division of decision making in the Tata Group,” the author told us.

There’s no doubt about the tremendous brand equity that the Tata Group enjoys in India, but only time will tell if the conglomerate competes with new-age startups like Paytm, Flipkart, Amazon — whose biggest moat in the market is their ability to move fast and make quick decisions with the changing consumer requirements.

How to Make The Most Out of Your Advertising Budget

SoftBank In Talks To Invest $700 Mn In Flipkart

What Is a Waterfall Chart? Everything You Need to Know