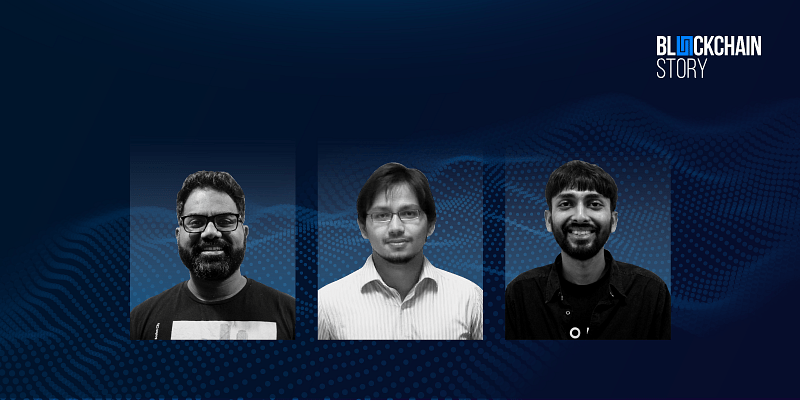 In 2017, three software engineers decided to build a well-structured, easy-to-use platform for Ethereum scaling and infrastructure development – a solution that was forward-thinking and ahead of its time.

After working on a proof of concept, the trio launched Matic Network in Bengaluru and set out to improve the infrastructure for Ethereum, whose native cryptocurrency Ether (ETH) is the second-largest cryptocurrency by market capitalisation.

“When CryptoKitties, a blockchain game on Ethereum, became popular, it jammed the network. So for us, it became a question of solving this problem. We knew blockchain technology was still in its early stages, and so we weren’t looking to onboard millions of users in a short span of time. Rather, we just wanted to be a top blockchain project in terms of usage.”

The startup was bootstrapped with funds from friends and family, and later went on to raise $5 million from Binance in an initial exchange offering that saw the founders sell a portion of the MATIC tokens they held.

On the back of a market-wide bull run and outperforming most other coins during the recent correction, MATIC recently entered the list of top 20 cryptocurrencies worldwide in market capitalisation, and turned its co-founders into India’s first crypto billionaires.

From Matic to Polygon

Through 2020 and early 2021, Mihailo Bjelic, an engineer from Serbia, joined as a co-founder as Matic expanded its scope and rebranded to Polygon – Ethereum’s internet of blockchains.

By addressing Ethereum’s scalability challenges with Polygon, the founders aim to transform Ethereum into a multi-chain ecosystem with secured Layer 2 chains and standalone chains.

Layer 2 is a collective term used to describe blockchain solutions that help applications scale by handling transactions off the Ethereum Layer 1, or the mainnet, while leveraging the mainnet’s robust and decentralised security model.

On the back of its scaling solution, Polygon and its native token MATIC have been making big waves across the blockchain and cryptocurrency sectors.

In May 2021, Polygon raised an undisclosed amount of funding from US-based tech billionaire and serial startup investor Mark Cuban – a mainstay of the American reality TV show Shark Tank.

According to reports, Cuban is integrating Polygon into Lazy.com, a portfolio company that allows people to easily display non-fungible tokens (NFTs).

On May 29, Polygon announced it had completed the integration of Polygon assets into Google Cloud‘s BigQuery, which allows users to query Polygon’s datasets, run analytics and extract insights using the BigQuery platform.

Jaynti says, “We have over 400 applications running on the platform. We have applications ranging from gaming, VR, cryptocurrency exchanges, identity solutions platforms etc.”

He adds, “When we started, I was in touch with founders of various applications including Decentraland (MANA) and AAVE, who came on board. We then created an in-house business development team and started pitching to multiple other apps.”

At present, Polygon does not receive revenues from transactions on its network, says Jaynti, adding that the startup is currently not focussing on clocking revenue.

“As our network is decentralised and we have over 100 validators for transactions, we cannot control it. Users pay fees directly to validators and not to us. We can only help maintain the network. At a later stage, we can consider building products over our network to make money, but as of now, our focus is only on growing our network,” he says.

Jaynti entered the world of blockchain after working as a data scientist at Housing.com and facing rejection from fintech companies when he applied for the position of a product manager.

“I wanted to become a product manager, but I was rejected as I didn’t have prior experience in product management. Nevertheless, I was always looking to build side projects. My first one was a betting platform for television shows, which made me think of integrating a global payment method,” he says.

Although he did not pursue that project further, his search for decentralised payment systems led him eventually to Bitcoin and later, Ethereum.

Ether (ETH) is the second largest cryptocurrency by market capitalisation.

Jaynti and co-founders then came across Ethereum Plasma, a concept proposed by Ethereum co-founder Vitalik Buterin as a scaling solution for the Ethereum blockchain.

Plasma refers to a framework allowing the creation of ‘child blockchains’ that use the Ethereum mainnet as a layer of trust and arbitration.

The co-founders then used the whitepaper to ideate, build a proof of concept and create a scaling platform, leading to the genesis of Matic Network.

Now, four years after launching their startup, Jaynti, Sandeep, Anurag and Mihailo are at the wheel of a fast-growing blockchain firm that isn’t slowing down anytime soon.

In fact, the co-founders are at the centre of enabling a robust blockchain ecosystem in the country as they mentor and invest in a growing crop of young entrepreneurs and startups in the space, even as they build a globally recognised company that’s disrupting the industry from India.

In the last week of May 2021, Polygon released the first version of its much-anticipated Polygon SDK, which allows developers to deploy Ethereum-compatible chains at speed using an in-built EVM (Ethereum Virtual Machine) and a set of pluggable modules.

Although Indian regulators have recently stepped up pressure on cryptocurrency platforms and banks are ceasing operations with them, innovation in blockchain by Indian startups like Polygon is only getting started.

Vernacular startups paving a new approach in the business world

How Scripbox shapes its content marketing strategy in the fintech space