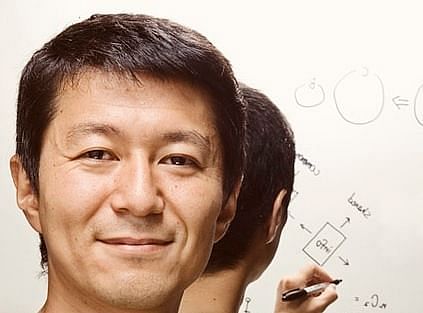 With social media geared towards “likes”, shares, followers, and comments, a Los Angeles-based startup aims to rewind to an era when it was simply about feeling connected.

Aptly called Moments, the social calendar app lets users share plans and memories in the form of photos and videos with friends and family.

“Social media today has become about the number of followers. It hardly is about sharing that one precious moment or feed,” says Yudai Nishiyama, who founded Moments with Toru Takasuka. “It has become increasingly about what you share and the number of people who like the feed. We felt social media needed to go back to the basics.”

With Moments, users can show their friends and family what they are up to without the pressure of having to jazz up their feed at that particular time, says Yudai.

Public profiles and follower counts, prominent features of other social media platforms that arguably lead users to become preoccupied with their appearance, have been consciously avoided, he says.

“Now, more than ever it has become crucial for friends and families to feel connected,” says Toru. “Moments gives people an easy way to look back on old memories and make new ones with the people that matter the most.”

While Moments was founded late last year, the Android version of its app launched last month.

Yudai was in college when he saw social media platforms Facebook and Twitter take off. At that time, he says, Toru came up with the idea of building a platform that would help people feel truly connected.

“The idea resonated with me and I jumped onto it,” says Yudai.

That, and a desire to start his own company, got him interested.

A Tokyo native, Yudai had moved to the US in 2007, where he attended University of California, Los Angeles. He has worked with the startup CrowdWorks, a networking platform for investors and companies, from its seed stage till after the time it listed on the markets.

“I like doing something different and adventurous. I get bored easily by predictability,” he says.

Toru, also a co-founder of Cybozu, one of the most successful software companies in Japan’s history, invested $1 million of his personal wealth into Moments.

The startup’s engineering team works in Tokyo, while marketing and operations are based in Los Angeles.

A comfort with sharing

Moments’ focus is on making users comfortable with sharing their daily lives with loved ones and not be too concerned about how they look, reiterates Yudai.

“We want to create a space where people feel more comfortable sharing what they are doing and it doesn’t have to be shareable,” he says. “It could be something as simple as you are studying and want to share that with you family, who is away from you.”

Once the Moments app is installed, it pulls all the photos and videos from the smartphone camera roll and rearranges them in a calendar view.

“You can add friends on the platform using their phone numbers or by using the proximity-based adding feature,” says Yudai. “This encourages users to connect only with people they know well.”

Users’ calendars are private and friends see only what they share. The playback feature allows users to quickly review clips by month or year. There is also an option to export clips from any day, month, or year as one video.

Swiping left on the home screen brings users to their feed, where they can swipe up and down to see their friends’ updates from the last 24 hours.

According to Yudai, more than 2,000 video clips have been shared on the app since its release earlier this year.

Moments has no immediate monetisation plans. Given that the app is positioning itself as a differentiated form of social media, advertising is not part of its strategy. The focus is on growing the user and audience base globally, says Yudai.

“We are looking at monetisation models that have proven successful with several messaging chat apps,” he says. “For monetisation later, we are looking at ways in which users can customise their content with colour backgrounds or emojis, where they can possibly pay a nominal fee on the app.”

Even as Facebook, Twitter, and Instagram are entrenched in the social media ecosystem, the market for new social apps is growing. A 2019 report by Pew Research Center says 72 percent of adults in the US use some form of social media.

The caveat: several incidents of data and privacy breach, especially in the wake of the Facebook-Cambridge Analytica scandal.

There is also a growing base of social media apps focused on more intimate groups and audiences, examples being audio-focused social platforms such as Clubhouse and Discord that have become popular in the past year or so.

“The Gen Z are completely disassociated with Facebook; they don’t view it as a social media app for everyday use,” says Yudai.

Even as Moments seeks to take users to a simpler social media era, it will have its work cut out in the ever-burgeoning and evolving space.

Know Your Rights! What You Should Do After Getting Hurt at Work