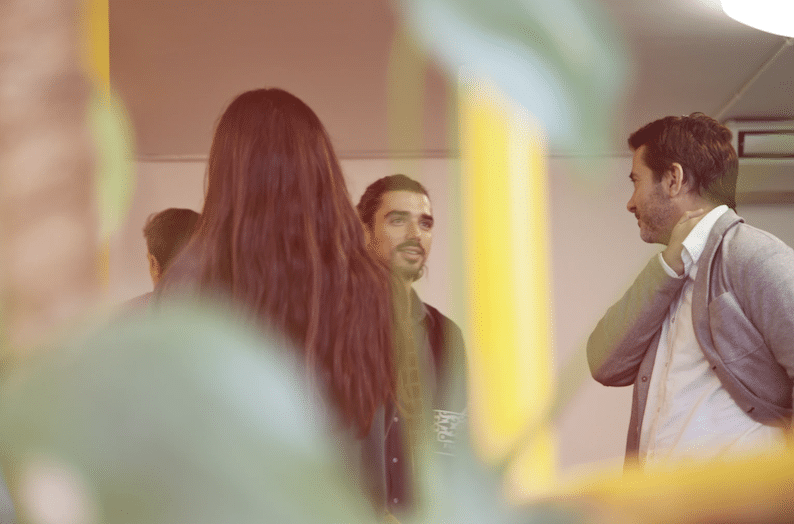 To be successful at networking, you have to understand that it’s about building relationships over time. So, it’s not just about making a great first impression but more so about making a lasting impression… For every interaction and you have with someone you meet, especially if they would be a great contact for your business, you need to do everything in your power to ensure they remember you.

But, of course, this is much easier said than done for lots of people, but not impossible. Some people actually have a great fear of networking. Feeling like you’re not the networking type or flat out being afraid of success are major fears that people have. But in order for your business or brand to grow, you, at some point, will have to put yourself out there and connect with the right people.

So now the big question is how to make yourself stand out? You obviously don’t want to show up wearing a bright yellow suit with a clown wig (unless you’re in the clown business)… That’s too obvious of what you’re trying to do. There are indeed ways to work the room and stand out at any networking event no matter how big the crowd is. Simply follow these tips.

This might sound shallow but it’s really not, and makes total sense if you think about it. Understand that one of the first things people will remember about you is how you look. Think of it like dating. When you start dating, you always go off someone’s physical appearance first because that’s all you have to go by… Once the physical attraction is there, then you start getting to know each other.

From a networking perspective, people are only going to approach you if you look the part, and vice versa. You obviously want to look nice but you also want to make sure your demeanor is pleasant as well. So make sure you’re smiling, wear a nice scent of cologne or perfume, and you can even tiptoe away from the traditional black and gray business attire, being that it’s evolved over the years. After all, this is a networking (social) event so you don’t have to look so stuffy. There are ways to dress that’s fun and comfortable for you but still professional looking.

Put Your Phone Away

We live in an era where everyone has their phones in their hands always, so you not constantly having yours out will be refreshing for some people to see. Think about it… If you see someone staring at their phone during a networking event, would you approach them? Probably not because it looks like they’re handling business. And you will look just as unapproachable doing the same. So keep your phone in your purse or your pocket and just watch how many people come to speak to you.

Turn Up the Charm

During your interactions with people, try to take note of interesting things they’re speaking about and follow it up with professional or fun Icebreaker Questions. This will show that you’re not only listening to what they’re saying but that you’re interested as well. Smile, laugh, and engage with every person you speak to… it will take you a very long way at networking events.

Show Up With All the Confidence in the World

Last, and certainly not least, when you go to networking events, you want to show up with all the confidence in the world. That’s not saying to be cocky or overly confident, but whatever your business, services, or products are, make sure to project that you stand behind them 100% in the way you speak and your tone.

Networking events are a means to connect and see how someone else can benefit you and how you can benefit them. So when someone approaches you inquiring about your business or services, speak about them with confidence and really let them know how and why this business connection will be beneficial to you both.

It’s guaranteed that once you’ve won over one person about your business, they’re going to be speaking to others about you as well… Next thing you know, you’ll have worked the entire room!

Notarize raises $130M, tripling valuation on the back of 600% YoY revenue growth – TechCrunch

After its Spain entry, bunq collaborates with Paysafe to provide customers with access to cash services

With over 30,000 active SMEs on board, how Rupifi is building a BNPL product for businesses