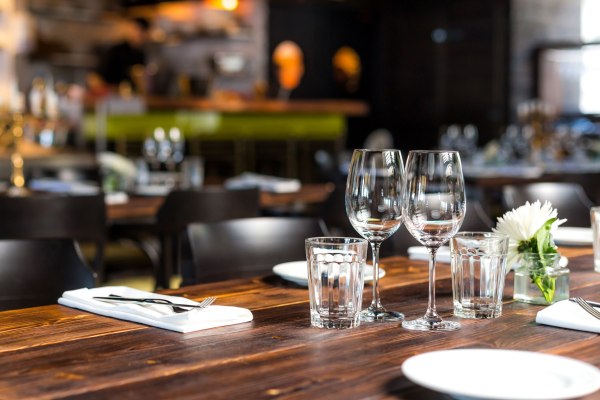 Jeff Chen has a pithy pitch for his new startup Taste: “We made the Instagram of nice food.”

In other words, just as Instagram made it easy for regular smartphone users to look like talented photographers, Taste makes it easy for customers to prepare impressive meals at home.

That’s because the real preparation is being done by fine-dining restaurants — Chen told me there are 16 Michelin-starred and Michelin-rated restaurants currently on the platform — whose food doesn’t translate easily to a delivery or takeout experience. Taste offers “dinner kits,” which Chen said are neither standard takeout (where everything has been fully prepared but doesn’t necessarily travel well) or a regular meal kit (where “everything is separate and raw”).

Instead, he suggested Taste’s dinner kits are “this in-between thing” where the food is mostly, but not entirely, prepared in advance, allowing customers to “heat and assemble much faster.”

For example, when I tried out Taste last week, my girlfriend and I received three-course meals from Intersect by Lexus and its “restaurant in residence” The Grey. A couple of the (delicious) courses and sides had to be heated in the oven or the microwave for five, 10 or 20 minutes, but there was no real prep or cooking required — the real work was cleaning up afterwards. 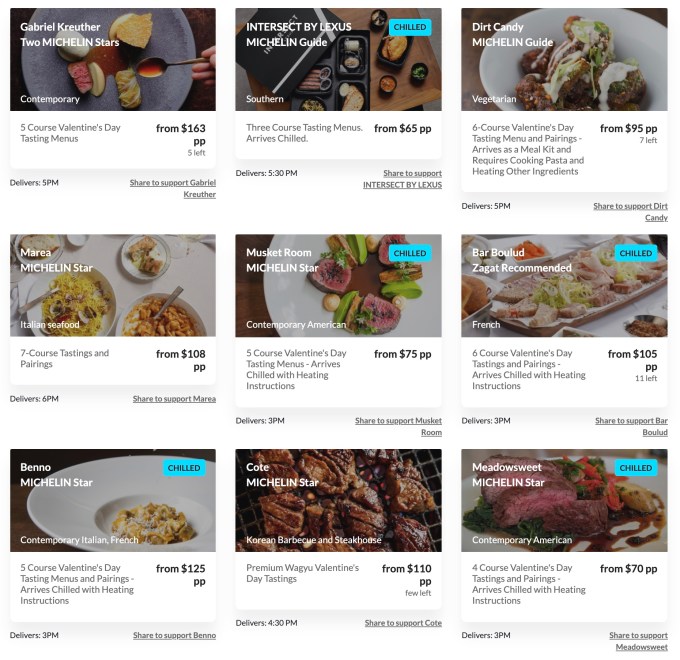 Even the packaging was impressive (if a little overwhelming), with a large, fancy box for each kit, and then individual packages for each course, plus a separate package for spices. There are optional wine pairings, and some restaurants will also provide plating instructions and a Spotify playlist for the meal.

Taste — which is part of the current batch of startups at Y Combinator — is currently New York City-only, where it works with restaurants including Dirt Candy, Meadowsweet and the Musket Room. As you might expect, these kits cost more than your standard dinner delivery. Many of them are in the $60-to-$100 per person range, although there are also dinners below $40, as well as a la carte options.

Chen (who sold his last startup Joyride to Google) said that he and his co-founder Daryl Sew have been excited to help New York City chefs reinvent their offerings for delivery and weather the pandemic.

“We also do a very key thing, which is pre-ordering and batching for the restaurant,” he added. “When a restaurant works with Taste, all the orders come in two days before to the restaurant, and we pick it up at designated times, which help tremendously with capacity lift.” 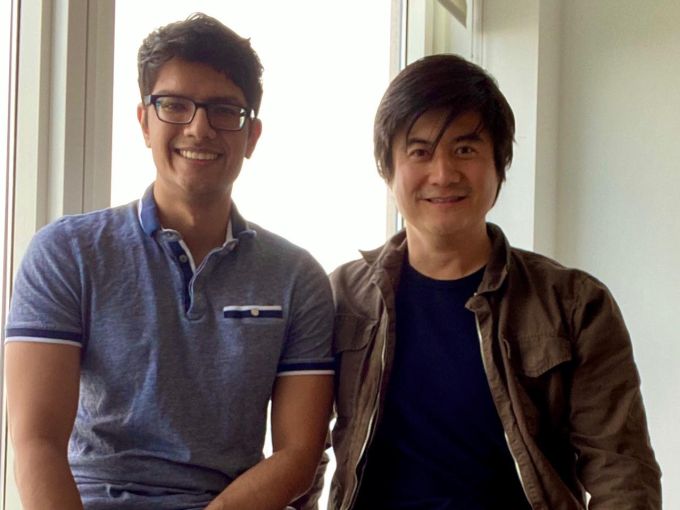 And while Taste might seem particularly appealing now, when indoor fine dining options are either illegal, unsafe or transformed by social distancing and mask-wearing, Chen anticipates healthy demand even after the pandemic. After all, he suggested that before COVID-19, there were many people — busy parents, for example, or people who work long hours — who felt like they could’t take advantage of these restaurants as often as they wanted, or at all.

How to sell more through messengers using bots. 5 ways that work

[Product Roadmap] With over a million orders in a day, how Swiggy uses AI to deliver convenience to your doors

Digital currency model likely by the end of year: RBI