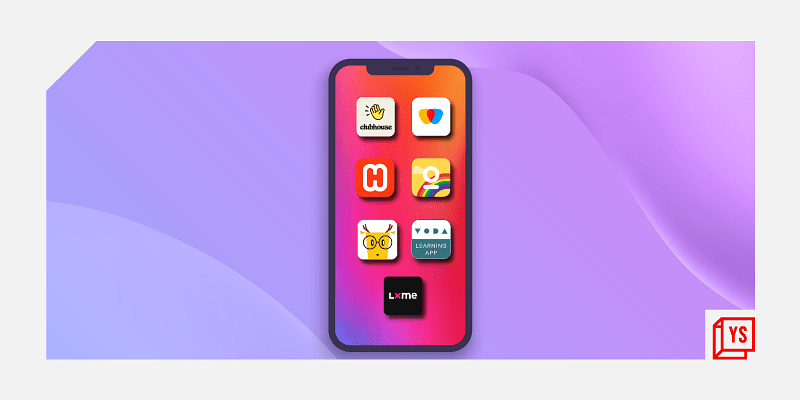 The COVID-19 pandemic made a second turning in 2021, forcing everyone to retreat indoors. This had led to people spending more time on their smartphones and using apps.

According to a report by App Annie Intelligence, people spent an average of 4.8 hours a day using various apps on their smartphones between July and September 2021.

But new technologies like Blockchain and Web 3.0 gaining steam and more people signing up on social media, it has opened the floodgates for more apps to enter the arena. From the breakout audio social media app Clubhouse, where users can drop in on an ongoing discussion, to artificial intelligence (AI)-based fitness and mental health apps — we saw it all this past year.

While you keep a tab on the apps we review every Friday, let’s take a look back at the apps which you loved reading about in 2021:

The year began with Silicon Valley investors, Hollywood personalities, and almost everyone going gaga over Clubhouse. The audio-only platform hit the social media ecosystem like a ton of bricks, flying to a $4 billion valuation in less than a year since it was founded. Its invite-only feature, which the team claims was unintentional, gave people who couldn’t get in a major FOMO. This enhanced the app’s appeal even more.

While the app currently has over 10 million downloads, according to the data on Google Play Store, its euphoria seems to have subsided a little.

Last month, Clubhouse CEO Paul Davison said the platform grew way too fast and wants to be on a steady growth path. But who can forget the craze with everyone — from Elon Musk to American Comedian Tiffany Haddish speaking live on the platform?

When WhatsApp updated its privacy policy earlier this year, users across the world, including in India, were worried about their privacy. Riding on this trend, Alkymia, an India and France-based company, launched WAVE. Founded by Marc Miance and Anish Mulani, the app calls itself a ‘social browser’ and lets you browse in incognito mode and chat anonymously.

Anish Mulani, Co-founder and India CEO, WAVE, says, full privacy is the real expectation of the customer and a core need that WAVE addresses. The app does not ask for any user details including email ID, and one does not even need to create an account. The app also does not ask for any permissions.

However, to chat with other users, you have to punch in your mobile number, and that may defeat the purpose of ‘privacy’. But in its privacy policy, the company clarifies that it just collects the phone number for this feature and does not collect the browsing data.

A social network antithesis with HalloApp

WhatsApp alumni Neeraj Arora and Michael Donohue, who spent several years building a little-known messaging app to a category-defining product, built Hallo App. This messaging app, as defined by Neeraj, is almost the opposite of most messaging apps.

Hallo prioritises privacy over network effects and friend/follower counts, and facilitates safe conversations “with the people closest to you” in real life. The platform wants to solve three main problems: a) the invasiveness of social media b) users being treated as products, and c) the dominance of algorithms.

So, instead of machines recommending new connections, HalloApp will let you take control of your network and grow it organically. The app aims to make “engagement metrics irrelevant” and “algorithms non-existent”.

When mental health becomes a priority

With the onset of COVID-19, the focus has shifted not only on physical health but also on mental health. To give people some aid, Evolve came to the rescue. The app was voted Google Play’s Best of 2021 and also has a 4.6 rating on the Play Store.

Evolve is a refreshing app, so much so that even the simple act of opening the app has a feel-good factor. As you download and open the app, it opens with soft nature sounds.

The homepage has every essential information yet the app does not look cluttered. Rather, it looks well designed and organised. The page lets you tap and choose a particular focus area – like self, work, relationships, or all.

Learning new languages can help our brain process more information, making it more agile. But with many institutes physically closed due to COVID-19, it might seem like a task to pick up a new language.

The lockdowns have led many to turn to online courses, however, without the help of an in-person teacher, learning a new language can be an uphill climb. This is where LingoDeer comes into the picture.

The app, which was released in September 2017 on the Google Play Store, teaches Korean, Chinese, Russian, Vietnamese, French, and German, among other languages.

With over 10 million downloads on Play Store, the app claims that if users spend 15 minutes every day on it, they would be able to master a new language. LingoDeer has a rating of 4.6, according to data available on the Google Play Store. The app is also available on the Apple App Store.

Starting with alphabet lessons, LingoDeer provides you with the most basic understanding of a particular language. In French, for instance, the app provides a list of letters, classifying them into vowels and consonants. There is also an explanation for pronunciations, grammar, and exceptions to the rule.

Yoda lets you consume information on the go

Gaining information through pictures is one of the most efficient ways to keep yourself updated. This is what inspired Vineet Chirania, Amit Bansal, Amit Mishra, and Kanishk Mehta to launch Yoda in 2020.

Coined on the character of a ‘Jedi Master’ in the Star Wars films, Yoda is claimed to be derived from the Sanskrit word ‘yoddha’ meaning ‘warrior’, or the Hebrew word ‘yodea’ meaning “one who knows” — pointing to how the app aims to serve as a knowledge hub.

In India, many of us would recall our mothers saving aside some money from household expenses for emergencies or financial security. According to DSP Mutual Fund’s ‘DSP Winvestor Pulse 2019’ survey, only 33 percent of the women invest, as opposed to 64 percent men. Among them, only one-third take their own financial decisions, rather than having investments done on their behalf.

A survey conducted by the startup with over 5,000 women across metros and Tier-I and II cities, in the age group of 25-45, and working across professions further indicated the key barriers that stop women from investing their own money. They were lack of awareness, high association with risk, and most importantly, social orientation – the belief that investment is essentially a man’s domain.

Founded in 2018 by Priti Rathi Gupta, LXME app enables women to independently manage their money by providing them with the right knowledge and tools to take charge of their personal finances.

Qualcomm Design in India Challenge 2022 finalists announced; the startups cover it all from robotics to health tech

How to Build Demand –