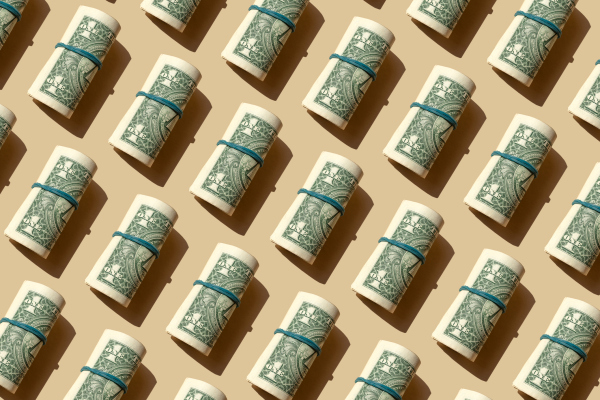 These days, investing goes way beyond the stock market. And in recent years there’s been a growing number of startups which aim to give more people access to a wider array of investment opportunities. Today, one of those startups has raised a significant round of funding to help it achieve its goals.

Yieldstreet — which provides a platform for making alternative investments in areas like real estate, marine/shipping, legal finance, commercial loans and other opportunities that were previously only open to institutional investors — announced Tuesday that it has raised $100 million in a Series C funding round.

Milind Mehere and Michael Weisz co-founded Yieldstreet with the mission of making investing more inclusive for non-institutional investors. In an interview with TC, CEO Mehere declined to say at what valuation the Series C was raised other than to say “near unicorn.”

What he did share is that Yieldstreet has funded nearly $1.9 billion on its platform and has about 300,000 consumers signed up on its platform. That’s up from $600 million invested on its platform from more than 100,000 members in February 2019, at the time of its last raise. Also since that time, Yieldstreet has seen its investor base climb by 350%, he said. And this year, the company is expecting “over 50% revenue growth,” compared to 2020.

Since its inception, Yieldstreet says it has provided nearly more than $950 million in principal and interest payments to its investors.

And, both the number of investment requests and new investors surged by more than 250% from January to April 2021 compared to the same period in 2020, with new investors already exceeding all of last year, according to the company.

Mehere also shared that Yieldstreet is considering going public via a SPAC (special purpose acquisition vehicle) sometime in the next year or two.

“We are growing extremely fast and a few SPACs have approached us,” he told TC. “We are on a great path to potentially explore some of those options in the next 12 to 24 months. I think the public markets would be great for a company like Yieldstreet, purely because that gives you the visibility to expand your consumer growth but also gives you access to equity to pursue growth strategies such as potential acquisitions and other things.”

So far, Yieldstreet has acquired two companies (both in 2019): WealthFlex and Athena Art Finance.

At a very high level, Yieldstreet aims to give consumers access to invest in asset classes outside of the stock market.

“These are investments that generate passive income. For example, we do a bunch of things in real estate such as financing warehouses, multifamily and distribution centers,” Mehere told TC. “We also do art, auto loans or equipment finance. These are typically investments done by institutions and what we’re trying to do is really fractionalize them and get them to real estate investors. A lot of this stuff is asset-backed and it’s generating cash flow.”

In an effort to help people understand just exactly what they’re putting their money into, Yieldstreet aims to provide “a ton of investor education,” Mehere added, in the form of content such as articles, blog posts and infographics.

The company also aims to have its portfolios working “around the clock” to automatically apply earned income toward everyday expenses — a concept conceived by Mahere as “self-driving money.”

Yieldstreet will use its new capital to expand its user base, develop new investment products, explore international expansion and pursue strategic acquisitions, according to Mehere. Outside of its New York City headquarters, Yieldstreet also has offices in Brazil, Greece and Malta.

“Alternative investing has generally been restricted to very high net worth individuals. This is not just a U.S. problem, but a worldwide one. In Europe, especially, it is exacerbated by a negative interest rate,” he said. “So it’s even more compelling to them to tap into U.S. assets.” As such, Yieldstreet plans to expand into Europe and Asia as part of its growth strategy.

The Power of the Progress Bar

Bankers Push BYJU’s For IPO At Valuation Over $40 Bn: Report