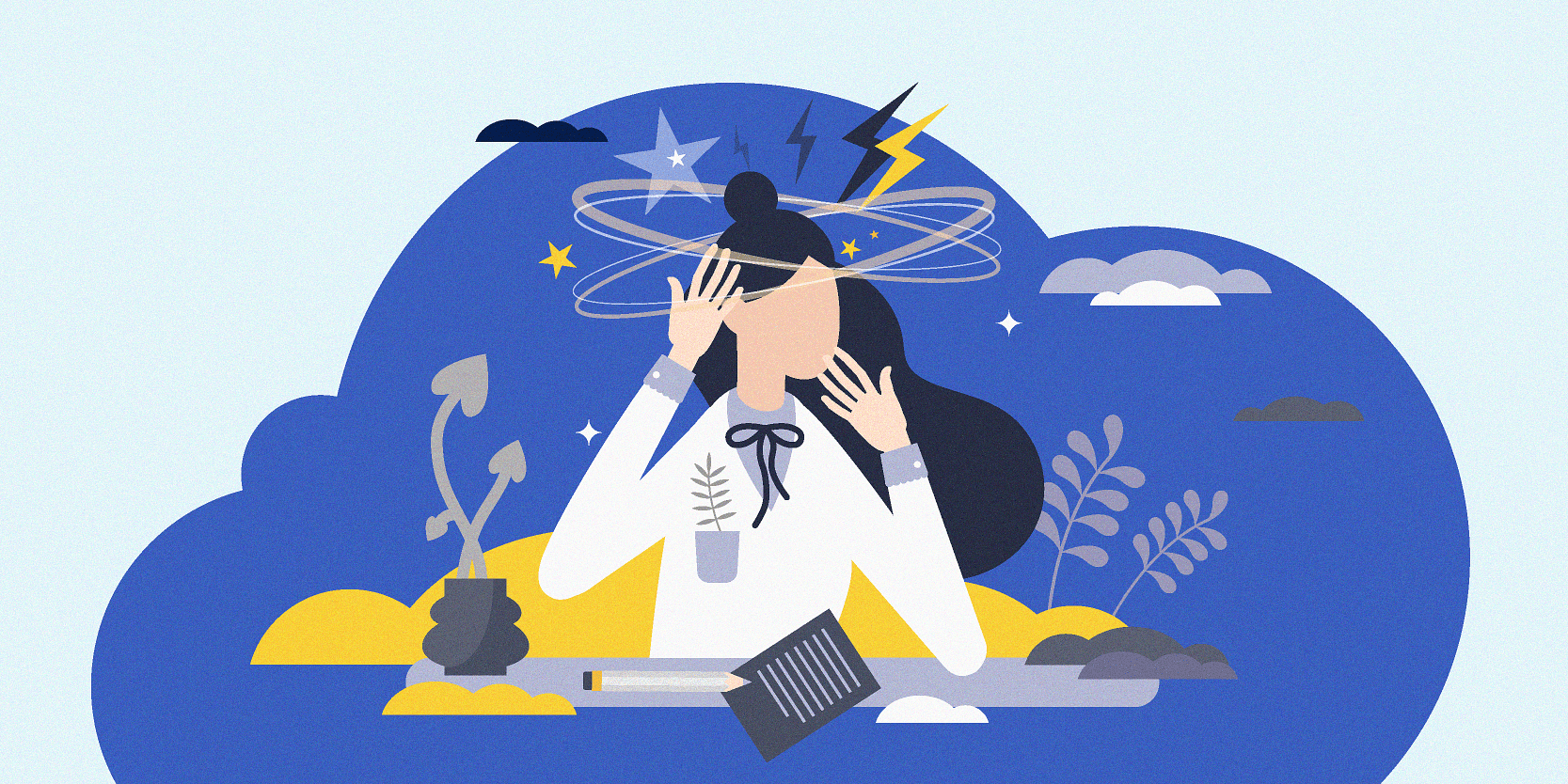 Imposter Syndrome is a belief that you are not as competent as others perceive you to be. And it was something a 34-year-old leader (on the condition of anonymity) felt every day she went to work. Despite proving her worth to herself and receiving praise from across the board, including clients, she felt she wasn’t good enough at her job.

But it wasn’t always like that. At the beginning of the year, she had landed her dream role of taking on a leading project and heading a small team.

Though she was initially both excited and nervous when she started, her spark soon turned into anxiety as she felt afraid of even stepping into her workplace, along with a feeling of complete worthlessness and self-hatred.

It wasn’t like the young manager didn’t know how to do her job; she could execute the logistics and the turn arounds needed. What she didn’t anticipate was the politics that came with the role. From calling her meetings pointless, questioning her professionalism, to gossiping and bad-mouthing, her peers would undermine her worth and value in front of her juniors, and every decision of hers was censured. The bullying came from both her peers and juniors.

Such a dysfunctional environment soon started plaguing the young leader. Today, looking back, she realises that it wasn’t the lack of confidence but the bias and underhanded behaviour by the people in her team that failed her.

This problem can be universally observed, and this is attested by a recent Harvard Business Review Report on women and impostor syndrome. The report cites that Imposter Syndrome affects high-achieving people who find it difficult to accept their accomplishments. Many often question themselves whether they’re deserving of accolades.

The concept was introduced in a 1978 study by Suzanne Imes and Pauline Rose Clance, which was focused on high-achieving women. The study said that despite outstanding professional and academic accomplishments, women who experience Imposter Syndrome persist in believing that they are not as bright as made out to be and have fooled anyone who thinks otherwise.

Is it only a single individual?

This study has pushed forward decades of programmes and initiatives that address this issue. It has been openly spoken about by business leaders like Facebook COO Sheryl Sandberg, the former First Lady of the United States – Michelle Obama, and several others.

The HBR report adds, “A Google search yields more than five million results and shows solutions ranging from attending conferences to reading books to reciting one’s accomplishments in front of a mirror. However, what is less explored is why does Imposter Syndrome even exist, and the role workplaces systems play in fostering it in women.”

The report explained that there is a possibility that women distrusting their success isn’t just about Imposter Syndrome.

“The impact of systemic racism, classism, xenophobia, and other biases was categorically absent when the concept of Imposter Syndrome was developed. Many groups were excluded from the study, namely women of colour and people of various income levels, genders, and professional backgrounds,” said the report.

The premise of Imposter Syndrome is held by the individual. It doesn’t take any accounting of culture, environment, and history.

“Imposter syndrome directs our view towards fixing women at work instead of fixing the places where women work,” the report adds.

Being unsure doesn’t equate to incompetency

The feeling of discomfort, second-guessing, and even mild anxiety is common when you take on a new role. The difference is that when men progress, their doubts abate as their work gets validated faster.

“They’re able to find role models who are like them, and rarely (if ever) do others question their competence, contributions, or leadership style. Women experience the opposite. It said even if women display resilience, strength, drive, and ambition, they are needed to battle several microaggressions, focus on stereotypes, as well as expectations and assumptions.”

“As a concept, Imposter Syndrome fails to capture this dynamic and puts the onus on women to deal with the effects. Workplaces remain misdirected toward seeking individual solutions for issues disproportionately caused by systems of discrimination and abuses of power,” the report added.

Biases need to be accounted for

“’Who is deemed ‘professional’ is an assessment process that’s culturally biased and skewed,’ said Tina Opie, an Associate Professor at Babson College, in an interview last year. When employees from marginalised backgrounds try to hold themselves up to a standard that no one like them has met (and that they’re often not expected to be able to meet), the pressure to excel can become too much to bear.”

The report corroborates this with example, “The Indian woman who was a sure shot for promotion gets vague feedback about lacking leadership presence. The trans woman who always spoke up doesn’t anymore because her manager makes gender-insensitive remarks. The Black woman whose questions once helped create better products for the organisation doesn’t feel safe contributing feedback after being told she’s not a team player.”

Biases come in the way. So the answer isn’t to fix individuals but to build an environment that fosters a wide variety of leadership styles.

“The truth of the matter is that pretty much anywhere in the world, men tend to think that they are much smarter than women. Yet arrogance and overconfidence are inversely related to leadership talent — the ability to build and maintain high-performing teams, and to inspire followers to set aside their selfish agendas in order to work for the common interest of the group.”

Such systems reward confidence in male leaders while women are punished for not showing competence or displaying it too much or in any ‘unacceptable’ way.

“Research from Kecia M Thomas finds that too often, women of colour enter their companies as “pets” but are treated as threats once they gain influence in their roles. Women of colour are by no means a monolith, but we are often linked by our common experiences of navigating stereotypes that hold us back from reaching our full potential,” the reports added.