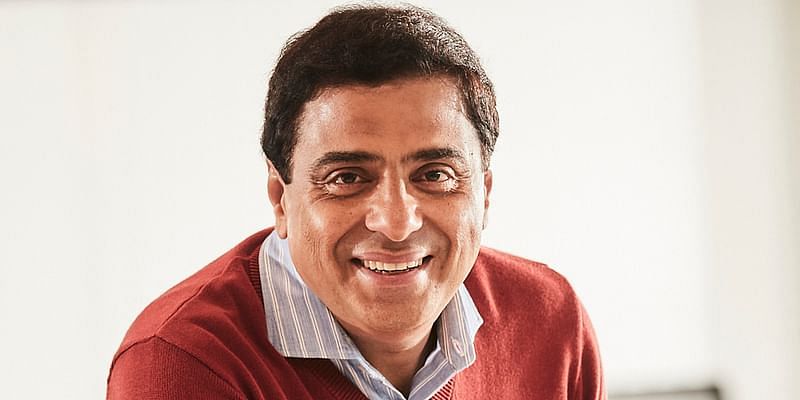 Ronnie Screwvala is one of the most well-known faces in the Indian startup ecosystem. A serial entrepreneur, he founded the UTV Group in 1990 and grew it into a media conglomerate. Later, he turned into a private equity investor and started Unilazer Ventures, which predominantly invests in Indian startups with early-stage investment.

He is also the Co-founder and Chairman of edtech startup upGrad, and is the founder trustee of Swades Foundation, an NGO.

In an interaction with YS, Ronnie spoke about how the pandemic has been for him, the lessons he has learnt, the edtech sector, and his views of the startup ecosystem.

Edited excerpts of the interview:

YS (YS): What were your learnings from the pandemic?

Ronnie Screwvala (RS): The pandemic has been a general awakening and has created different conversations across different aspects.

On a narrow level, Swadesh Foundation, which has been working on reverse migration for five years, had over 95,000 migrants to work with. It was a problem of massive and plenty that wasn’t triggered for the right reasons. It meant we needed to work around different levels to ensure they have a life in their hometowns. Whether it is creating jobs, ensuring good education facilities, and jobs.

On the edtech front, I feel it has been a mixed year. Everyone has been excited that COVID-19 has accelerated edtech, and the investment community has been bullish. But personally, I feel there is a lot more that can be done. Since children were at home, the subscription levels had seen a rise, but I believe that will soon flatten out.

At present, online learning for most higher education spaces has been one lecturer talking to a class of 30 to 40 students through a screen instead of a classroom. There needs to be more elements of deep tech and learning combined. But the positive is that even universities and colleges have realised the importance of having some form of technology, even if it is just a video conferencing app. We need to do a lot of work to educate them.

Now, higher education is going through a shift as well, where everyone has understood the value of upskilling. People have realised nothing is secure.

YS: What did it mean to you as an entrepreneur and investor?

As an entrepreneur, the year has been the same. You’re always proactive on the worst-case scenario, and create certain amount of uncertainty and tension in anything that you do. Not in a bad way, but positive stress, positive attention with a focus on what next. Being prepared for eventualities is something that has been personally in my DNA.

People slip back into the new or the old normal very quickly. Everyone has to focus on what is the lasting impact this has had on people and on our lives. Like I said earlier, for the working professional, nothing is secure and nothing is guaranteed.

For many CEOs of large companies, the realisation of plan A being a focussed one is extremely critical. What it has done is given me a lot more focus on being dogged and be more proactive.

YS: What is your take on the funding scenario and what does it mean for the ecosystem at large?

RS: I am not a big believer in unicorns and nobody should be – they are mythical creatures. How can something so tangible as valuation of a company be named by something so mythical? The unicorn label is onerous, and businesses should be run at the finishing lines and not at the starting gates.

A unicorn founder is a strong entrepreneur with great storytelling abilities, and 15 hungry funds around the world, who have made money from other parts, are looking to back those entrepreneurs.

The unicorn status, while it sets aspirational levels, takes away the realism of entrepreneurship from a lot of people. There are many people who believe that if they don’t raise funding and if they get valued at a certain scale, they cannot start a business. The funding and valuation game brings an aspirational level, but it also brings in that intimidation that the gap is wide.

Businesses are based on reality. The minute you get a unicorn status, many people focus on doubling down on that reputation. It sets unnecessary peer pressure, and you don’t build a business or raise funds based on peer pressure. It then means you’re doing it for the wrong reasons.

YS: What is your take on the funding frenzy in the edtech sector?

RS: Normally, you invest in a company which you think can scale and can have an outcome of having a real business. When a sector is hot, people invest for two reasons – one is the logical reason that says let’s build a fundamental business and scale it; and the other one is – you’re going to get picked up in consolidation play because there’s so much money floating around. There will be a FOMO even in the investment scenario.

It is a circle – because a sector is hot, you believe a person can carry on the tailwinds. To start and run any business is extremely hard. So we can’t point fingers at anybody else who just has the risk taking ability and going ahead to start a business. But once you’ve decided, it figures out what are the few things that you can do right.

YS: What is your take on today’s entrepreneurs?

RS: The quality of entrepreneurship is very high. How we look at consumers has changed, and this generation of entrepreneurs have pushed and redefined consumers. The entrepreneurs that use consumer and tech fusion are better than most people, and those who have done it well have done successfully well. Just being a consumer without understanding product and tech, with a 21st century view, is an old product.

YS: Are you looking at mentoring founders?

RS: Whatever I do now, I want my impact to be at scale. I am obsessed with impact and scale. At Swadesh, we are creating 15,000 entrepreneurs in the Maharashtra farming community. I am now writing a book on soft skills instead of doing 10 lectures at different colleges. I am looking at sharing my failures and lessons.

YS: What are your takeaways from your failures? What is your advice for entrepreneurs?

The problem with failure is that you don’t stick it out. Everything converts outside of death and nothing else is terminal.  And when you decide to stick it out, solutions come over a period of time. What’s the price you’re willing to pay? I think all of us have different intensities of the price we’re willing to pay. How badly do you want it? The degree and intensity of how badly you want to do it determines the difference between success and failure.

The conversations and the approach to entrepreneurship is not as sharp as it should be. It’s a little bit softer right now. I think you can’t build businesses based on softness.