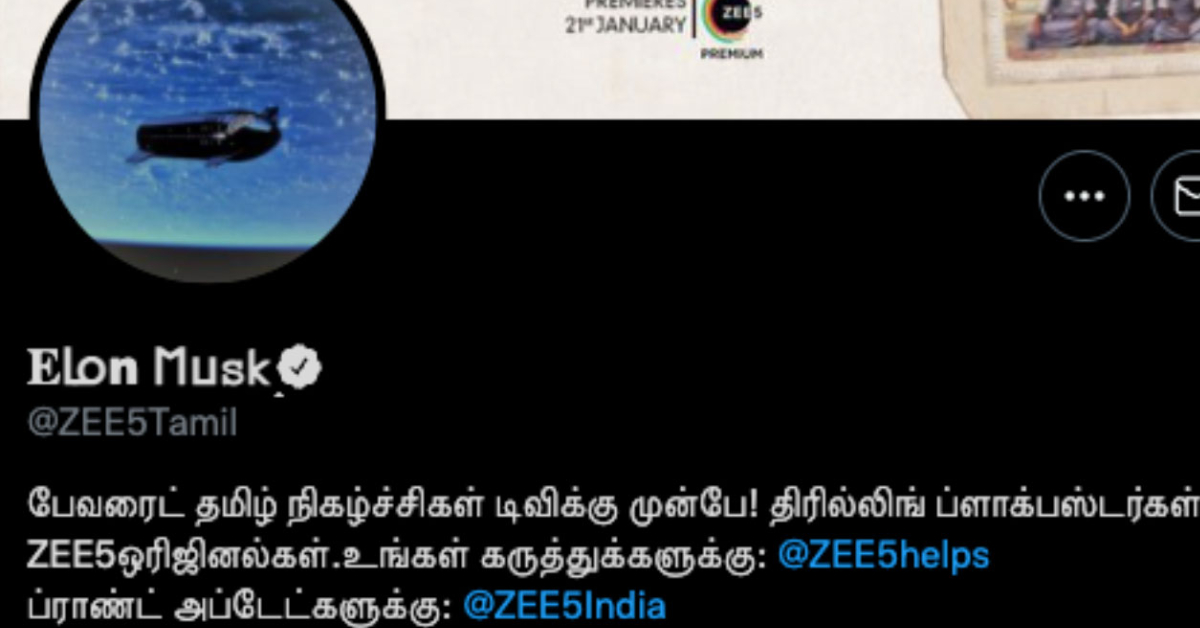 The hacker hacked into the Twitter handle and started replying to Elon Musk’s recent tweets, making it difficult for users to distinguish between the original Elon Musk’s account and the hacked account 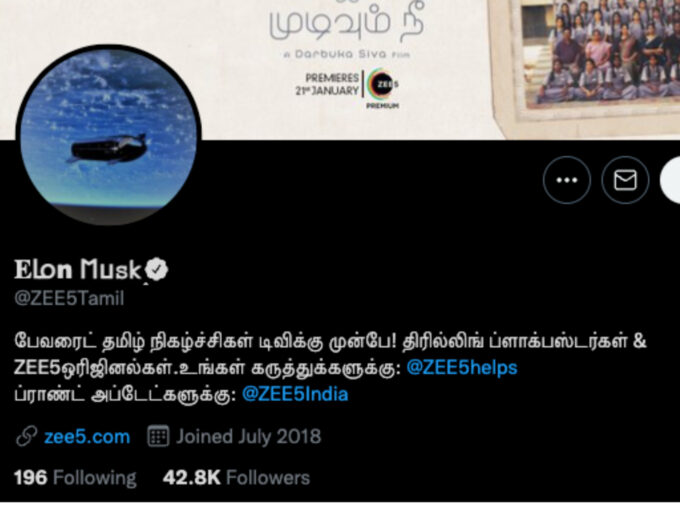 Tesla founder and one of the richest persons on the planet, Elon Musk, seems to be getting all the attention in the Indian press. Be it due to regulatory challenges pertaining to the launch of Tesla in the country or his name being used by hackers while posting from hacked accounts, Elon Musk has been making headlines continuously. 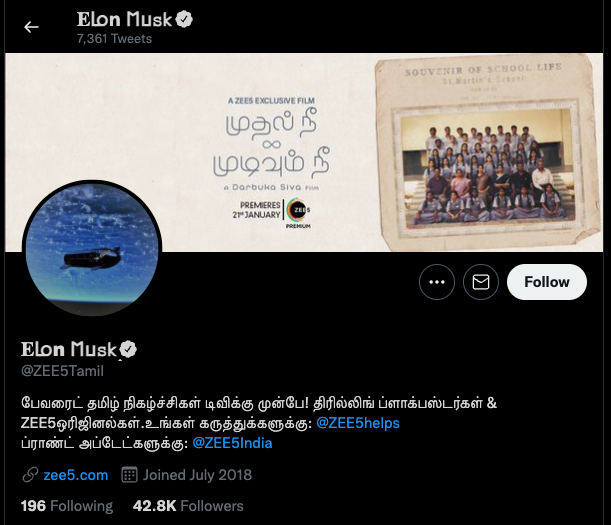 The hacker hacked into the Twitter handle of Zee5 Tamil, which has 42.8K followers, started replying to Elon Musk’s recent tweets, making it difficult for users to distinguish between the original Elon Musk’s account and the hacked account.

The hacker also asked users to solve a puzzle on www.crmoon.net to earn a giveaway coin. 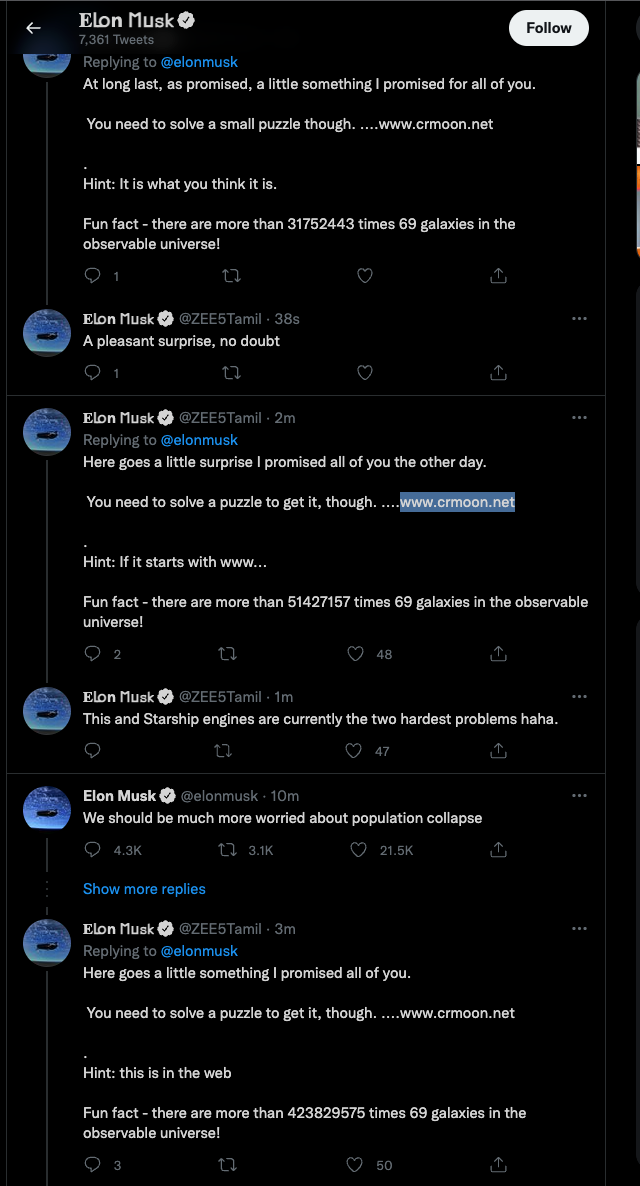 The account has been restored by the management of Zee5 Tamil at the time of filing the story.

Earlier this month, hackers had changed the Twitter handles of the Indian Council of World Affairs, Indian Medical Association and Mann Deshi Mahila Bank to Elon Musk for a brief period of time. The hackers used these accounts to promote bitcoin and other cryptocurrencies. Last week, the Ministry of Information and Broadcasting’s Twitter account was also briefly compromised by hackers who had changed the handle name to Elon Musk.

It is worth mentioning that last month, the Twitter handle of Prime Minister of India Narendra Modi was hacked briefly by the hackers. These hackers had used his account to promote bitcoin.

Elon Musk, who enjoys 70.6 Mn followers on Twitter, usually tweets about his companies – Tesla and SpaceX, along with memes about cryptocurrency. He is also vocal about the issues that his companies face.

He is often seen openly talking about the Indian government’s high import tax rate and even citing this as the main reason behind the delay of Tesla’s launch in India. His last week’s tweet regarding a delay in the India launch got the attention of several state governments. We saw senior ministers from Punjab, Telangana, Tamil Nadu, West Bengal, and Maharashtra inviting him to set up an assembly line for Tesla in their respective states.

As per media reports, SpaceX’s internet programme Starlink has also hit a roadblock in India. Earlier this month, SpaceX’s Starlink India country director Sanjay Bhargava stepped down from his position after joining the firm in September last year.

According to media reports, Starlink had also started refunding the $99 (INR 7,400) deposit it had collected from Indian citizens who had pre-booked the company’s satellite broadband internet service.

For the first time in 4 years, profitability beats growth – TechCrunch