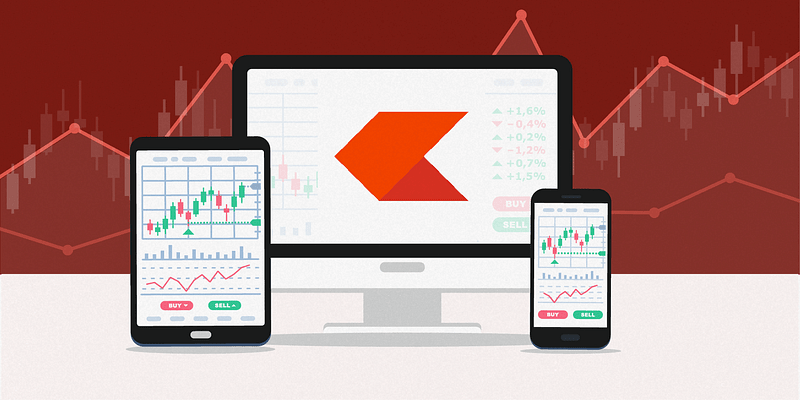 Online brokerage startup Zerodha recorded Rs 442.4 crore in standalone profit for the financial year ended March 31, 2020, helped by a massive jump in users and trading volumes on its platform.

Zerodha, which has been credited as one of the first firms to open equities, bonds and mutual funds trading up to retail investors, counted 3.14 million users on its platform as of January 31, 2021, according to data from the National Stock Exchange, far surpassing competitors such as Upstox and Groww.

The startup’s total client base has increased nearly 40X over the last five years.

The unicorn earned Rs 1,034.8 crore in revenue from operations on a standalone basis in the FY ended March 31, 2020, it said in filings with the Ministry of Corporate Affairs.

Expenses amounted to Rs 500.7 crore in the financial year, of which Rs 154.3 crore was spent towards employee benefits.

Last year, Zerodha had announced a Rs 65 crore employee stock ownership (ESOP) buyback plan, which was facilitated at around 5X the book value. The startup had also constituted a stock option pool worth Rs 200 crore for its 800-plus employees in 2019.

Discount stock brokerages added millions of users during the peak of the COVID-19-induced lockdown last year as people began spending their time online to educate themselves about finances. Robinhood traders, also known as retail investors, have helped to slightly cushion massive downswings in stock markets over the last year.

Recently, Robinhood investors also turned heads around the world after they triggered a short-squeeze in micro-cap companies such as GameStop and AMC Entertainment, forcing large institutional investors to draw down their investment bets, and making millions of dollars in the process.

Zerodha and its competitors such as Upstox, Groww, Paytm Money, and others have enabled financial inclusion for the common man by providing tools to access financial markets — a privilege that earlier mostly lay with institutional brokerage firms and high net-worth individuals.

An opportunity for cleantech start-ups to innovate for a greener future.

How DeHaat is leveraging cloud technology to support Indian farmers