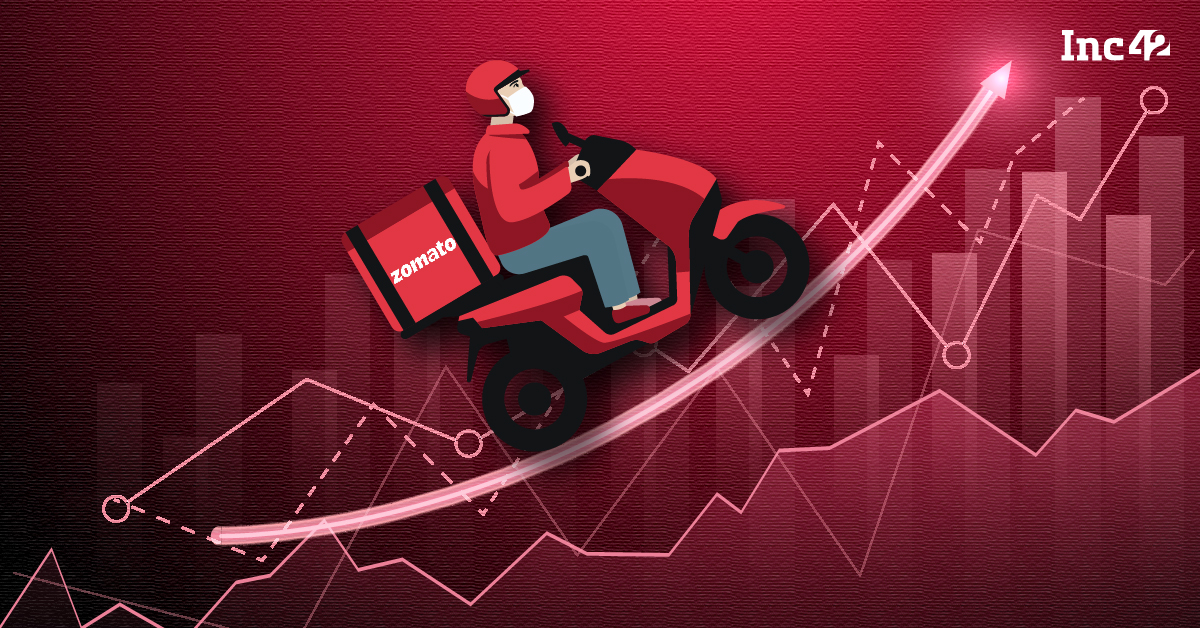 A day after the foodtech startup reported its Q1 results, Zomato shares ended at INR 55.60 on Tuesday, up 19.96%

Buoyed by the halving of net loss in April-June period of 2022, foodtech unicorn Zomato’s shares hit their upper circuit of 20% on the BSE on Tuesday (August 2), closing the session at INR 55.60.

Shares of Zomato opened 7.8% higher at INR 50 on the BSE and then gained further during the day, reversing the course of a significant downtrend seen since June.

Besides, the foodtech startup’s food delivery business also achieved a break-even at adjusted EBITDA level in Q1 FY23, bringing much respite to its investors who were worried about the startup’s path towards profitability, especially after the Blinkit acquisition.

Talking about Zomato’s Q1 results, which were largely better than the Street estimates, IIFL Securities said, “We believe the acceleration in growth in 1Q for Zomato’s core food delivery business along with faster than expected adjusted EBITDA breakeven, highlights the strong execution by the company.”

Meanwhile, with a ‘buy’ rating on the stock, Kotak Institutional Equities raised its fair value for Zomato stock marginally to INR 80 from INR 79. As per the brokerage, the startup’s costs per order remained flattish sequentially, and the entire contribution margin improvement was driven by higher revenue per order.

“Zomato’s attempts to accelerate growth while simultaneously aiming to improve profitability in the core business is a positive,” analysts at Kotak said.

The brokerage also increased its FY2023-25 revenue estimates for Zomato by 4%-6% on account of higher revenues of Hyperpure.

Speaking about the relationship between Blinkit founder Albinder Dhindsa and Zomato cofounder Akriti Chopra, Goyal said that both were never involved in any discussions or decisions with respect to the Blinkit-Zomato transaction.

He also said that the deal was finalised after objectively evaluating all the available acquisition opportunities in the quick commerce space.

Despite the rally in share prices on Tuesday, Zomato shares are currently trading about 21% lower from their price on June 24, the day the foodtech startup announced Blinkit’s acquisition. Zomato shares have fallen over 60% so far this year.

KreditBee Raises $75 Mn As Xiaomi And Other Chinese Investors Exit