For the last few days, India has been waking up to ‘Koo, koo’. Except, these aren’t melodious calls of an adorable koel, but rumblings of a new, made-in-India social platform that is being billed as a true-blue rival to microblogging giant Twitter. From news of prominent government figures and departments joining and actively pushing Twitter users to switch to Koo, to cyber expert Elliot Alderson pointing out how the platform left users’ data out in the open, Koo certainly has the kind of attention its founders would have only dreamt of.
In this piece, we’re taking a look at 10 Indian apps that – just like Koo – have modelled themselves after successful apps that were either conceived and developed or are based abroad. A few months before Koo shot to prominence, there was another app that took aim at Twitter. Tooter – a name clearly derived from that of a certain microblogging website – was released in September 2020 and hoped to build what it terms a ‘Swadeshi social network’. Not only is its name contrived, but also its interface and theme, which closely resembles what you see on Twitter. And yet, in its About section, Tooter says without said Swadeshi social network, ‘we are just a digital colony of the American Twitter India Company, no different than what we were under the British East India Company’. Its makers go on to liken the rolling out of the platform to the historic Swadeshi movement that was vital in India attaining independence. After the initial buzz (and a glut of memes), Tooter didn’t quite take off, and has only received over 50,000 downloads on the Google Play store at the time of writing. 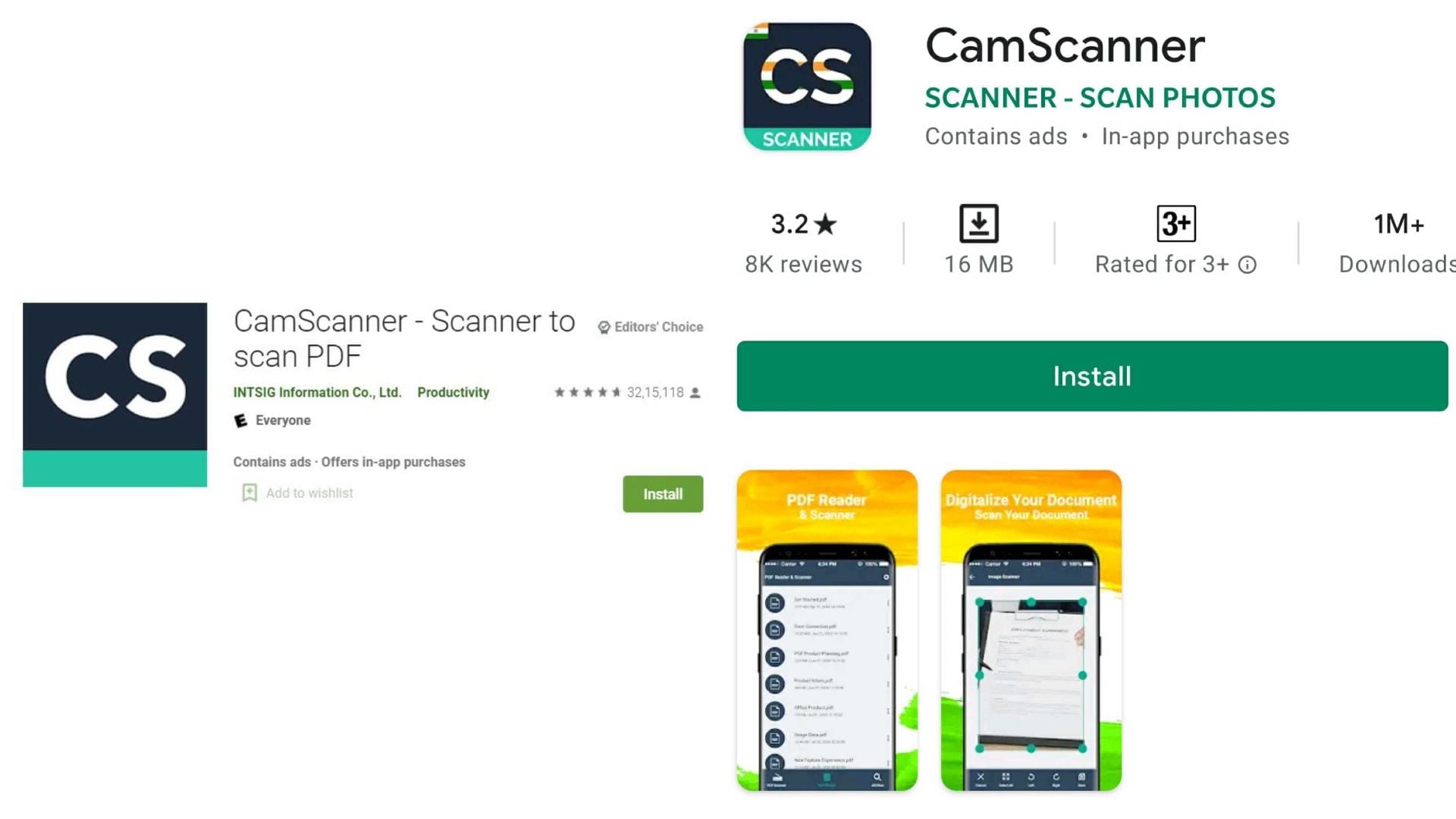 Popular document scanning app CamScanner was part of a long list of apps banned by the Indian government following border skirmishes with China in 2020. Today, a single search for CamScanner on the Google Play store will return several results, with all alternative apps sporting an almost-identical logo as well as the same colour scheme. Among the top results is an app that literally goes by the same name, featuring the same logo (only incorporating the Indian tricolour), developed by ‘Scanner – Scan Photos’, who proudly proclaims it to be a made-in-India application. However, the link to its site on the store leads to a blank webpage, and despite having over 1 million downloads, only has a rating of 3.3 stars on the store. 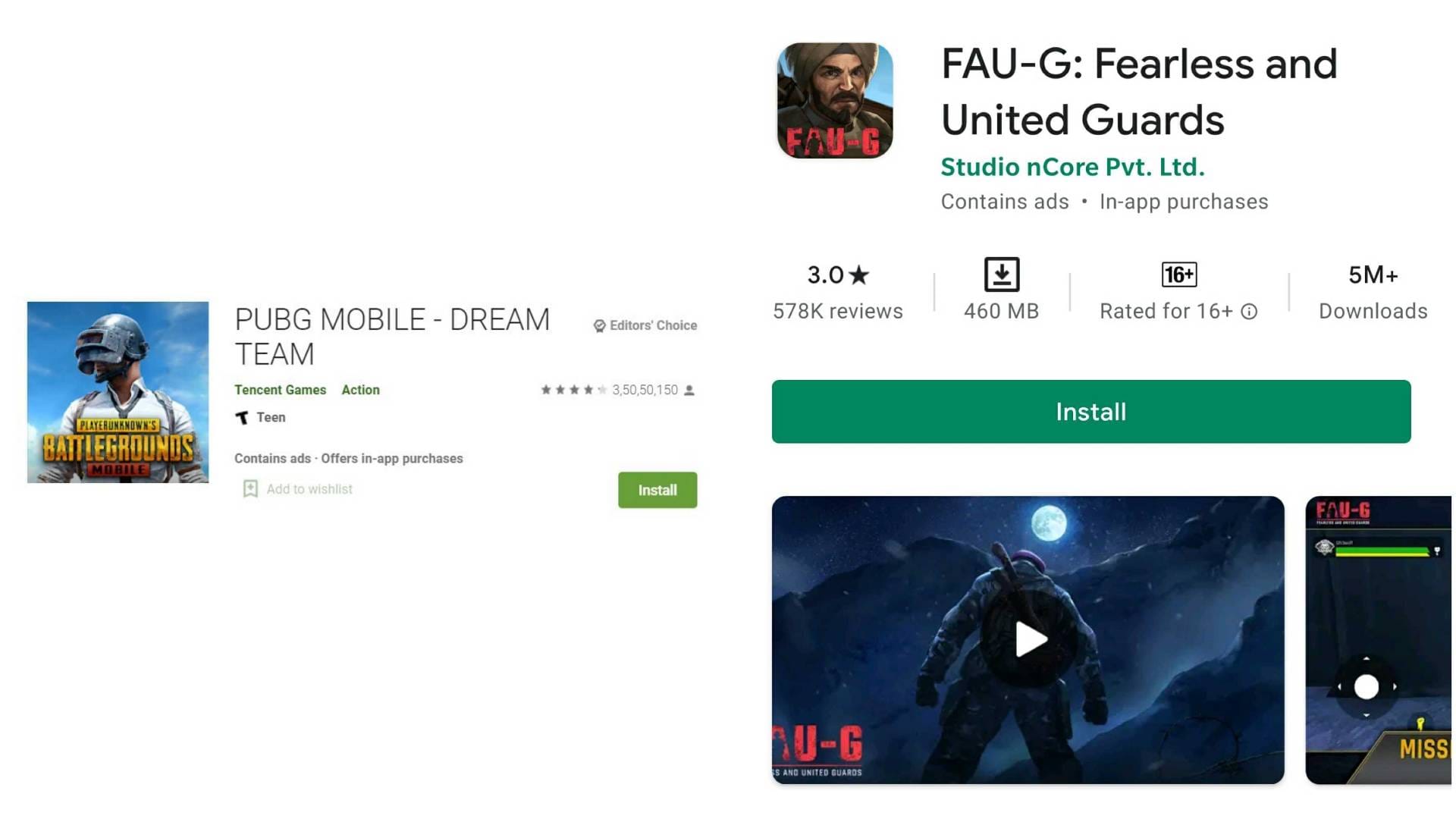 For as long as it was here, PlayerUnknown’s BattleGrounds (PUBG) was the hottest mobile game in the country. If you weren’t playing it, you were in the minority; resigned to being an outcast. However, the ban on China-based and China-funded apps in 2020 saw PUBG’s previously chaotic battlefields turn into virtual graveyards overnight. To fill this gaping void, Bengaluru-based nCore Games announced the similarly-named FAU-G – or Fearless and United: Guards – in 2020. Aiming to make the most of a tidal wave of patriotism that swept through the country post the border skirmishes, nCore Games even promised to add a level in the game based on the Galwan Valley clashes, in which 20 Indian soldiers were martyred. The game was rolled out on January 25 this year, and has been downloaded by over 5 million users, but at this time has a lowly 3-star rating on the Play store.

In a similar vein, UP-based Ekanomatic V Studios also launched its J.O.S.H (Joint Operation Secret Heroes) FPS multiplayer in September 2020, but only has over 10,000 downloads and a rating of 2.5 stars on the Play store. 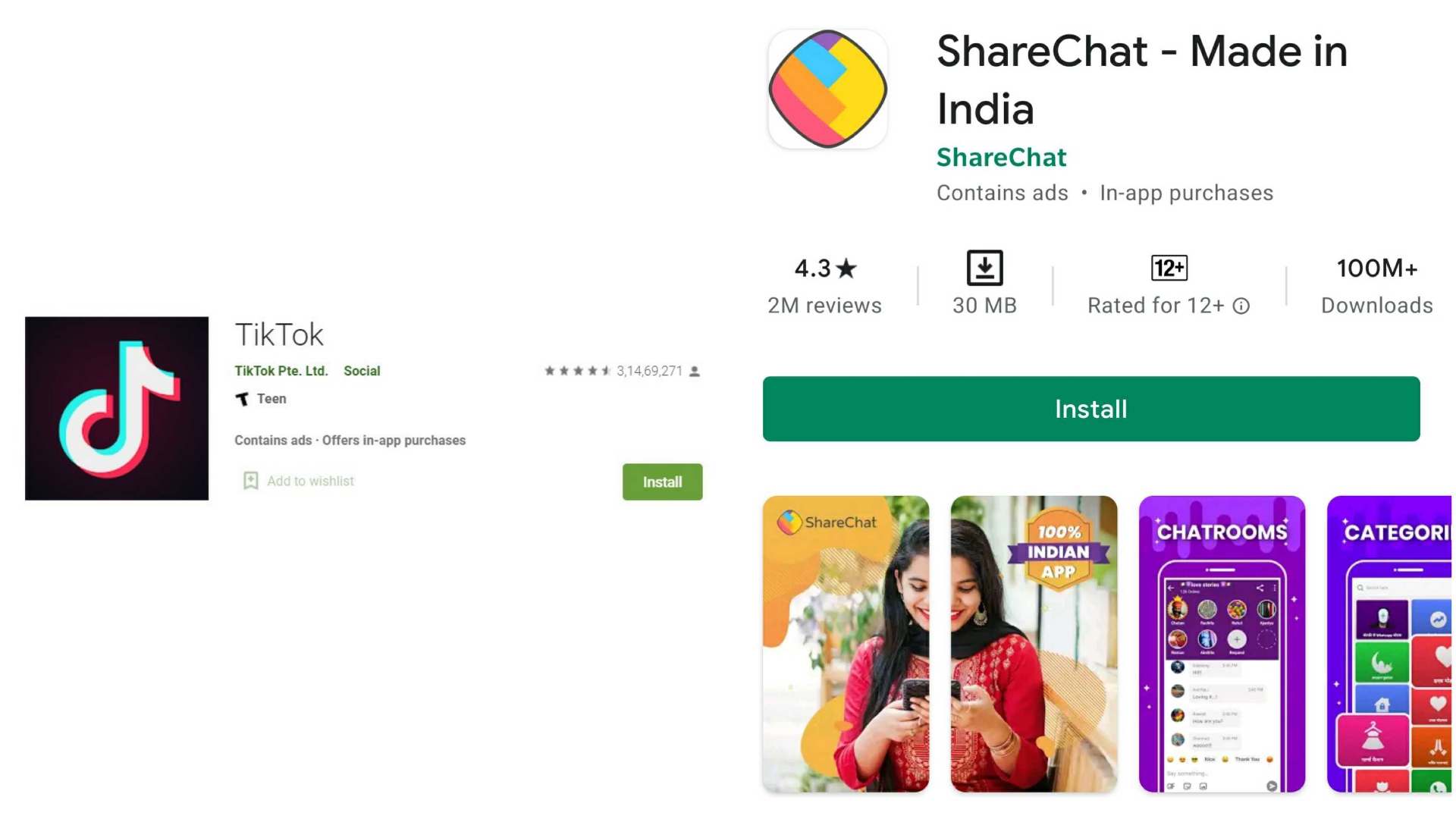 Tiktok – A deluge of alternatives

You could love it or hate it, but you couldn’t deny the significance of Tiktok in a society that was almost impatient to get away from established social networks. It helped the short video industry grow substantially in a relatively short timeframe – but the blanket ban on all China-based apps meant its India journey was abruptly cut short in 2020. Given its amazing popularity and success, it was unsurprising to see several developers with alternatives waiting in the wings. Apps that have been around for a few years – including ShareChat, Roposo and Chingari – witnessed a spike in downloads post the ban on Tiktok, and apps such as Mitron, Moj, Tnatan and Josh all arrived only in 2020, just in time to cash in on the exit of Tiktok. Of the lot, it is Sharechat and Roposo which have over 100 million downloads, and Moj is also owned by Sharechat, which raised USD 40 million in Pre-Series E round last year (bringing total funding to USD 264 million), and will use the funds to further grow Moj. Another case of duplication was witnessed post the ban on the rather popular ShareIt app. Several clones popped up in the days that followed, one of which was Share Karo India by Appyhigh Technology, which was released just a couple of weeks after ShareIt was banned. It almost entirely copies ShareIt’s logo, as well as its functions. The founders of Appyhigh are Venus Dhuria and Aneesh Rayancha, who in 2014 had started Rutogo, an intercity cab booking platform that was later acquired by travel e-commerce portal Ixigo. At the time of writing, Share Karo has over 10 million downloads, and a 4-star rating on the Play store. 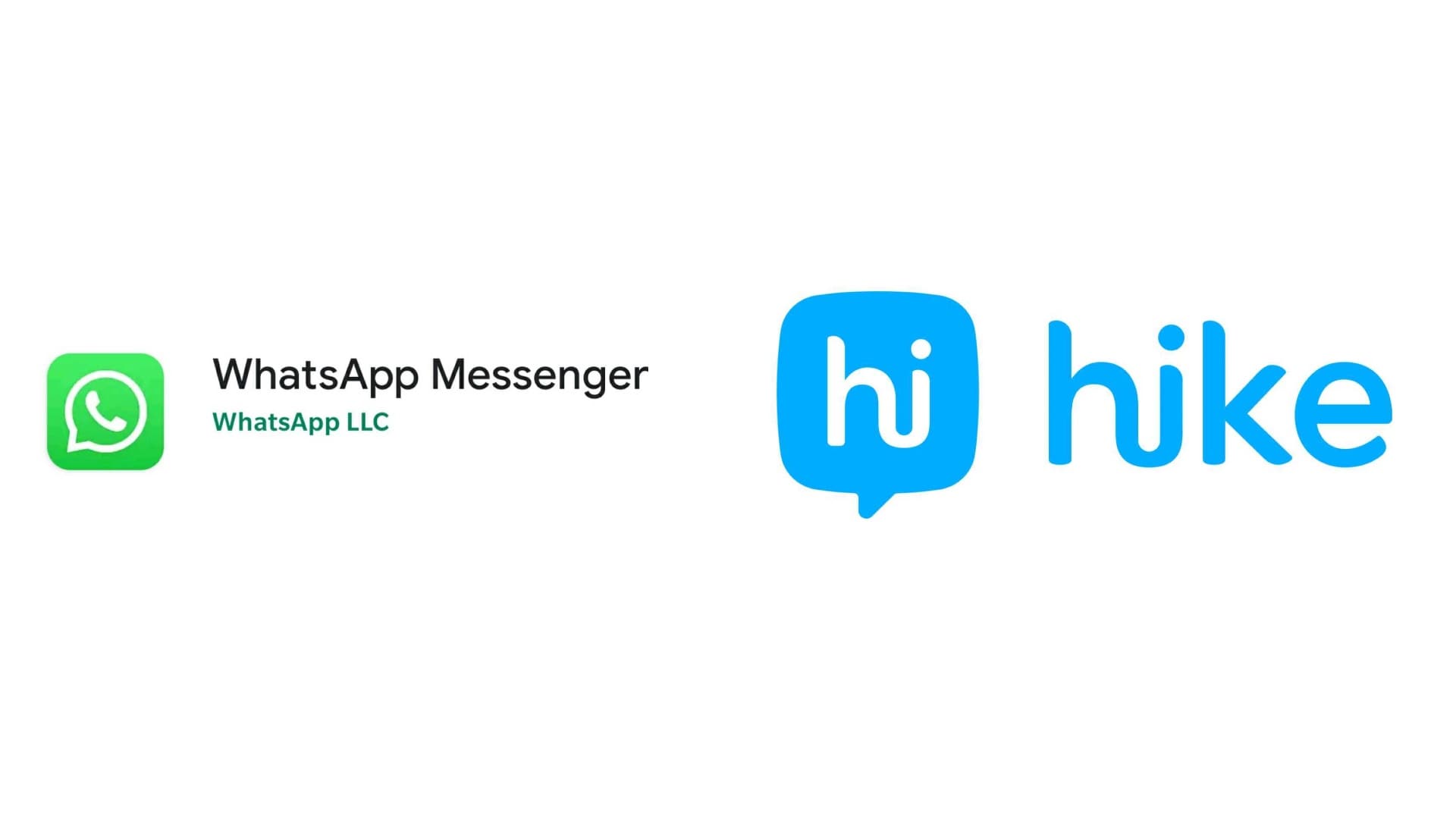 Unlike most apps on this list, the homegrown Hike Messenger had been around for a long time. Kickstarted in 2012, Hike was designed to be an alternative to the rapidly-growing WhatsApp. On top messaging services, Hike messenger evolved to offer a whole lot more over the years, and even transformed into ‘Hike Sticker Chat’ by 2019. The company said it had over two million weekly active users in 2019, but at the start of 2021, Hike killed off its messenger platforms, with company CEO Kavin Bharti Mittal saying global network effects are too strong for India to have its own messenger, in a tweet. At present, Hike is building two new social platforms – the invite-only Vibe and a gaming app named Rush. In contrast to most apps mentioned here, Tinder hasn’t gone anywhere. It’s still very much a part of India’s virtual dating culture, but for those adamant about having an Indian developer help them find the love of their life, there’s HiHi. Released in August 2020 by Chennai-based Meotida Private Limited, HiHi follows the basic premise of having users swipe left or right on the profiles they’d like to pursue a conversation with or discard, as well as the design theme and app functionality. However, with just over 10,000 downloads so far, it’s highly unlikely that you’ll find your next date on HiHi. Along with Tiktok, another app owned by China-based ByteDance was Helo, which quickly became one of the most popular social platforms since its introduction in 2018, but was banned by the Indian government in 2020. To take its place, a Bengaluru-based start-up was ready with an app named Pixalive, which aimed to replicate the Helo experience by offering users a mix of local news, games, video content and more, over and above the messenger functions. At this time, the app has over 100,000 downloads on the Play store, most of which were racked up right after Helo’s exit. Why let an American developer decide who you should have an extramarital affair with? Why not entrust an Indian developer with that vital responsibility? For those feeling brave and wanting to indulge in an affair with the same kind of ease with which they’d order a pizza, West Bengal-based Amoure Team rolled out Amoure in April 2020 – bang in the middle of the nationwide lockdown. Amoure hoped it’d witness the kind of growth Gleeden – a similar app, only based in the USA – did last year, crossing the 13 lakh subscribers mark, with 2.5 lakh of those joining between October and November 2020. However, Amoure is yet to witness that kind of success, with the app only receiving over 50,000 downloads on the Play store so far.

TikTok is planning to relaunch in India through local partnership, here’s everything one needs to know- Technology News, FP

What is it and how will it work?

New Instagram accounts of users under the age of 16 to be private by default- Technology News, FP