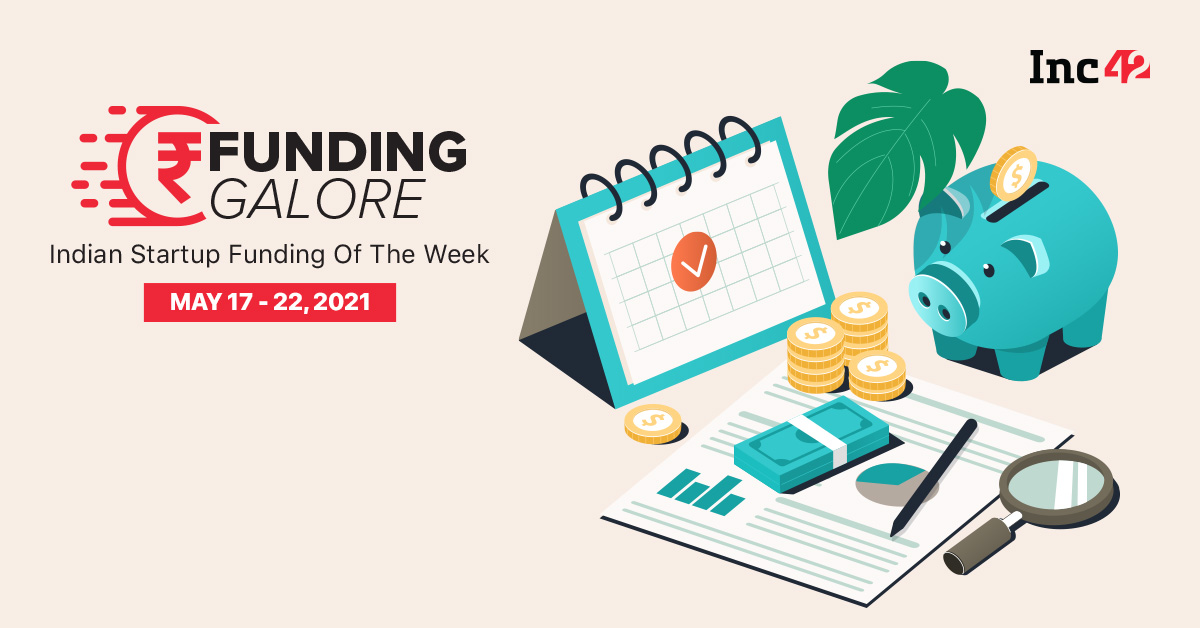 Moglix is a the latest startup to join the unicorn club, after its $120 Mn Series E fundraise

Overall, $591 Mn was invested in Indian startups across 27 deals this week

Ever since the Indian government has decided to open up the space sector for private players, there have been a lot of expectations from the Indian spacetech startups to bring in more innovations to the table. With this, two of India’s spacetech startups Skyroot Aerospace and Agnikul have bagged $11 Mn Series A funding each, which is the highest ever amount of funding in a single round closed by private Indian spacetech players.

Both the companies will be deploying a part of their recently raised funding on the ongoing satellite projects that are scheduled to be launched next year. Agnikul aims to complete its mission of launching a private satellite vehicle named Agnibaan by next year. Agnibaan is a rocket that enables plug-and-play configuration and is capable of carrying up to 100 kg of payload to low earth orbits. This on-demand rocket can be fully customised to meet the customer’s needs at an affordable cost. The rocket has been developed in-house by Agnikul’s diverse team of rocket scientists and engineers.

Skyroot, on the other hand, will use the funding to get its flagship vehicle named Vikram-1 off the country and invest further in its rocket programme. Skyroot manufactures three types of launch vehicles — Vikram I, II and III — named after Indian physicist and astronomer Vikram Sarabhai, the founder of ISRO.

Moglix Is The Latest Startup To Join Unicorn Club

Industrial B2B marketplace Moglix is the latest startup to join the unicorn club, with its $120 Mn funding round at a valuation of $1 Bn. The Series E funding round was led by Falcon Edge Capital and Harvard Management Company (HMC), with participation from Tiger Global, Sequoia Capital India and Venture Highway.

“We started six years ago with a firm belief in the untapped potential of the Indian manufacturing sector. We had the trust of stalwarts like Ratan Tata, and a mission to enable the creation of a $1 Tn manufacturing economy in India. Today, as we enter the next stage of our evolution, we feel this financing milestone is a testimony to our journey of innovation and disruption,” Rahul Garg, founder and CEO of Moglix said.

Overall, $591 Mn was invested in Indian startups across 27 deals this week.

Online executive education firm Eruditus has acquired Silicon Valley-based edtech startup iD Tech in a cash deal for $200 Mn. This is the most expensive acquisition by an Indian edtech startup outside of Byju’s dealmaking spree.

iD Tech was founded in 2000 by Pete Ingram-Cauchi and provides short term courses in coding, game development, robotics and design for kids from ages 13-19 years old. The deal marks Eruditus’ entry into a market which targets a younger audience, also known as- K12. The deal will help iD Tech expand beyond the US, which accounts for 90% of its revenue so far.

Fintech Brex confirms $12.3B valuation, snaps up Meta exec to serve as its head of product – TechCrunch

Catch all the action at EduStars 2022

Build a solid deck for your quarterly board meetings – TechCrunch

Expected trends and employee upskilling for the legal sector

Top 5 food changes we need to make for better health