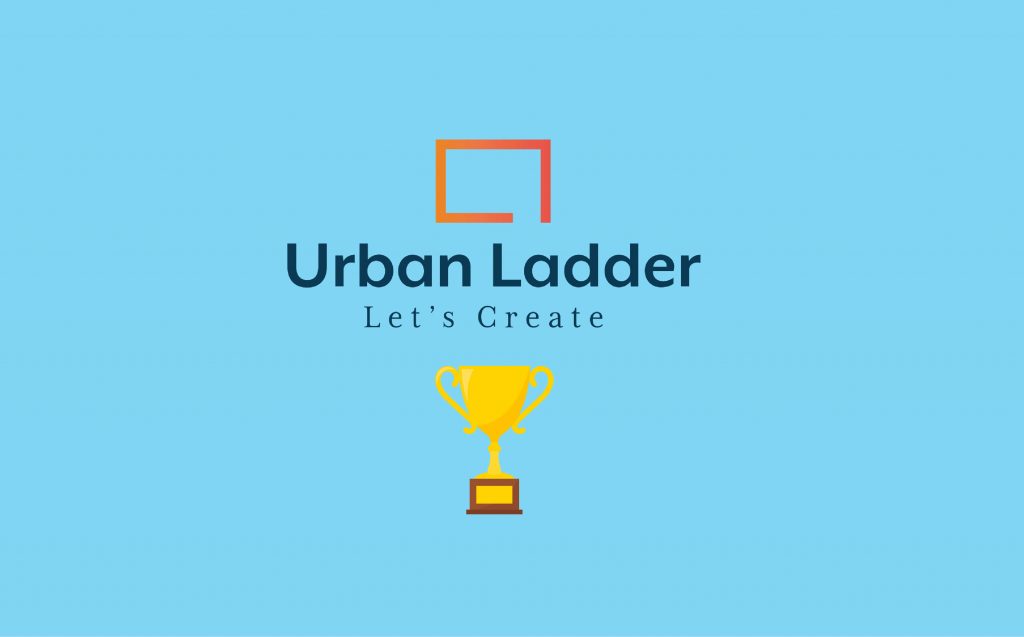 In the start-up sector, the last ten years have been thrilling. The field has totally shifted from what it was before. The Urban Ladder, a startup that redefined the way people purchased furniture online, was one of the latest startups to emerge during this time.

In an industry where the second-best had no location, the designers of Urban Ladder knew that they had to do things better than anybody else to keep themselves afloat. The opportunity for the market was nascent and largely unexplored, but the organisation was willing to deliver its best shot.

The creators of Urban Ladder have come a long way from trying to succeed in a tough market to raise more than 1 million dollars. Let’s look at an inspirational story about them.

Finding A Solution To A Personal Problem

Ashish Goel and Rajiv Srivatsa, Urban Ladder Founders, desperately wanted to launch something of their own after graduating from IIT & IIM and working for several years with companies including Mckinsey & Co. and Yahoo, respectively. To begin with, they were looking for some specific niche on the internet. They purchased new flats next to each other at that period and had the terrible experience of their lives when ordering furniture for their homes. There was no such place from which they could order enticing choices for decent furniture of their choosing and ended up sleeping on the floors for a few months.

That’s when they noticed what the online market missed and wanted to support individuals by supplying them with an internet window for furniture and home decor to beautify their homes. This pair gave their start-up a name: Urban Ladder, after some market study and brainstorming.

“Furniture is different from all other categories, players need to build a specialised supply chain and also help in building the manufacturer ecosystem.” Ashish Goel, Founder & CEO of Urban Ladder.

Urban Ladder is a curated website for unbranded goods; it does not serve as a forum for any retailer to sell furniture. They work with 10-15 suppliers from Rajasthan & Bangalore and work closely with them, varying from raw material quality to final product design. For Urban Ladder, these vendors & logistics partners work for them and mainly sell Sheesham & mango wood products, and each separately goes through a 3-step quality check for the raw material & finished products.

Usually, the routine order fulfillment process at Urban Ladder has these steps:

It was not an undisputed business, to begin with. The pioneer of the furniture industry wasn’t Urban Ladder. Pepperfry joined the fray, and then, Fab Furnish. It had a direct rivalry with all the big offline & online players such as Home City, Home Centre mode, Godrej Interio, Fab India, Style Spa, DLF Pure, Evok (Hindware), Zensaar, apart from Pepperfry and fab furnish.

To survive the initial year, here is what the Urban Ladder Pioneers did:

1) Rajiv and Ashish worked with manufacturers and made them think their goods were customer-friendly and worth trying. It took a lot of time and difficulty, but ultimately, manufacturers decided to cooperate with them.

2) They hired an effective team guided by principles and vision; even at a pay cut, they managed to get a lot of them! In order to make them trust in their story and vision, Rajiv and Ashish had lots of meetings with new hires. At the point, several United Nations agencies joined Urban Ladder, continuing six years later to push value.

3) When needed, they made rigorous calls. Particularly once it requires ‘not’ doing something, even at the company’s expense. At one time, the founders planned to develop only in 3 cities, while they had laid out plans for pan-India. It had been a daunting choice to make; but, because it was the need of the moment, they took it nevertheless.

The Path To Success

The team used a wall in their office in the early days of Urban Ladder to write down their plans and to keep track of all their deliverables. The first few years of Urban Ladder were packed with challenges, from making enduring ties with vendors to hiring people with the same vision to taking strong calls on just about everything. In reality, at one point, things got so extreme that the two founders decided to restrict Urban Ladder’s existence to just 35 goods and three cities in India!

One of the key reasons Urban Ladder wasn’t doing well in the beginning, considering the lack of competition, was that people didn’t trust them as a corporation. It was by offering their audience just the best that Urban Ladder expanded to have 100,000 followers in the span of a year! Urban Ladder grew to have not only a strong online presence but also an offline presence by using social media to their benefit.

Facebook marketing was the ticket to success for Urban Ladder, and with this, the start-up received a whopping $ 5 million investment from investors such as SAIF Partners and Kalaari Capital in 2013. This gave the creators more than enough money to not only attract new talent but also to double the number of available items! Urban Ladder had a good presence in over 30 cities across India by March 2015!

The time had come for a civil battle, with other individuals in the business recognising the Urban Ladder wasn’t going to vanish any time soon. Picking the right moment, by introducing an app called Urban Storage, UrbanLadder wanted to diversify their presence, enabling people to order furniture from their phones! Urban Ladder, which has risen rapidly since 2012, is one of the most promising startups in this area making buying furniture a fun job!

Ashish and Rajiv met with Vani Kola and the Kalaari Capital team in the first 3 months of their inception. Because both the Urban Ladder Founders were from the experience of technology and consultancy, investors wondered whether the venture would be able to scale. While their rival was spreading to several cities, within the initial year the team focused on just 35 categories and 3 cities. That was a decision they had to make to save cash, and Kalaari ultimately put in $1 million because of this razor-sharp vision of the founders.

In November 2013, Urban Ladder obtained $5 million in investment from SAIF Partners and Kalaari Capital asynchronous A funding after a year to survive the competition within the market.

They raised another whopping USD 21 million from Steadview Capital in 2014 (along with established investors SAIF Partners and Kalaari Capital) with the intention of sharply extending their channel, and Ratan Tata invested an undisclosed sum of funds in Urban Ladder later in November of that year.

Over eight rounds, Urban Ladder has raised a full $112.8M in support. On September 21, 2018, their funding was $5.6 million raised from Trifecta Capital from a Debt Funding Auction.

There was no going back for them from then on. And now, they’re in 17-states as we look at them, offering the highest quality & operation. At present, what originated as a simple start-up concept has grown into a well-known organisation. The only thing that kept them working was integrity, accountability and commitment to the consumer.

Reliance Retail Venture Ltd (RRVL), a subsidiary of Reliance Industry Ltd (RIL), announced an all-cash acquisition of a 96% stake in the firm for just over $24.5 million on November 14 (INR 182.12 Cr). The remainder of the stake can also be bought by the RIL unit by December 2023 for another INR 75 Cr.

This goes to show that with passion and by solving a personal problem, any entrepreneur can build a successful company!

For more information on how to be a successful entrepreneur, keep reading The Money Gig.

Has Reliance Retail Beaten Tata To The Justdial Acquisition?