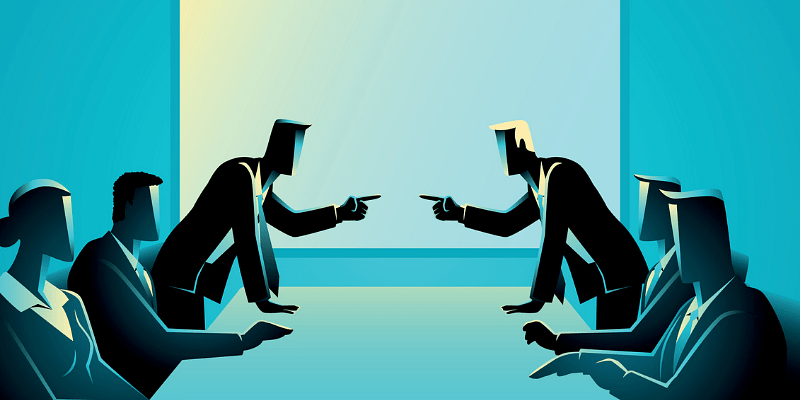 When I started working two decades back, Monday mornings used to be the highlight of my work week. The communications team I was a part of, would have what was called the ‘Monday huddle.’

This was a team meeting where each of us would be given seven minutes to talk about the work we had done in the past week, especially the highlights and lowlights, and also discuss the plan for the coming week. As a part of this discussion, we would open the floor to debate and dissect what went well last week, what could have been done better, and new ideas we wanted to try in the coming week.

Often enough, the room would get divided into multiple groups with each group rallying for or against an idea. I still remember some great out-of-the-box ideas emerging from so many divergent viewpoints, and the meeting would usually conclude with steaming cups of coffee and doughnuts.

This was my first experience of a bunch of creative people, agreeing to disagree, and I saw the team reaping the benefit of this.

Over the years, I have worked across companies and roles, and I have seen most managers are apprehensive of conflicts within their team and go to great lengths to avoid them. The thinking is that it leads to unnecessary tension and impacts the way team members bond and interact with each other.

However, conflicts are a natural part of any group of people working together, and different viewpoints not only help challenge the status quo but also lead to better decision making.

Here are some ideas on how you can encourage and build a culture, which fosters healthy conflict.

Define the problem and focus on it

When you are calling for a team huddle or a brainstorming session, make sure you define and articulate the problem clearly. Most work disagreements move into the personal and personality realm if they are open-ended. When the team is clear on the problem they are solving, you can steer the discussion back on track whenever things go on a tangent.

For example, if you are looking at closing the right content mix for a new product launch, focus your discussion on it. What is the USP of the product, what is the customer profile you are selling this to, how would they use this product, and how often, etc.

If all the team members are aware of the end goal, they will be a lot more objective in putting points of agreement and disagreement in the right context.

Set the rules of engagement

Team conflicts often turn unproductive when there are no clear rules of engagement. It helps to set some rules at the onset; everyone being given time to share ideas, actively listening to what others are saying, and getting all team members to find some points of agreement are good ground rules to have.

Also, team huddles can be done more informally — like around lunch or a shared cup of coffee, as it often helps ward of stressful situations, and makes for a more constructive conversation.

Articulate areas of agreement and disagreement

Often enough, we are so focussed on what we disagree on with other team members that we forget to notice the points of agreement. What a larger group agrees on is often a sign that some things are working well.

Agreeing and articulating this as a group builds a better working relationship. Even when there are points of disagreement, identify the ones which need an immediate resolution that will lead to maximum impact.

Build a term team where disagreements are welcome

What is the one thing great teams tend to have? A diverse set of people with different experiences and skillsets. When people who disagree or have a contrary point of view come together to find a solution, it usually means they have spent some time understanding each other and suggesting the best solution. A win-win for any problem.

Conflicts have a lot of positives if handled well. Often challenging the status quo, and finding a new and better way to do things, needs people to disagree.

After all, it’s all about the good fight!

After Imposing 30% Crypto Tax And 1% TDS, Indian Govt Working On To Bring Crypto Under The Ambit Of GST

Fanhouse was built by creators, for creators (and they mean it) – TechCrunch