SARS-CoV-2, the virus that causes COVID-19, is a sort of zombie virus, turning people not into the undead but rather into the unsick. By interfering with our bodies’ normal immune response and blocking pain, the virus keeps the infected on their feet, spreading the virus. 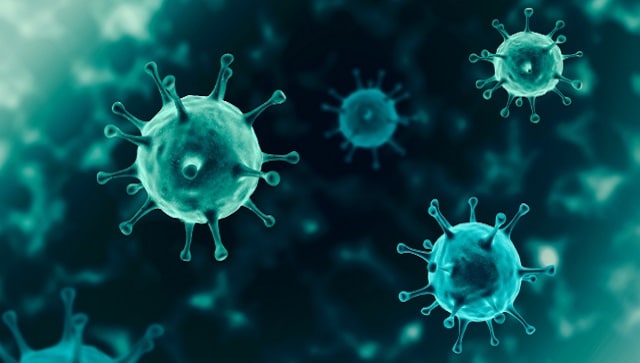 has hijacked people’s lives, families and work. And, it has hijacked their bodies and minds in ways that they may not even be aware of.

, is a sort of zombie virus, turning people not into the undead but rather into the unsick. By interfering with our bodies’ normal immune response and blocking pain, the virus keeps the infected on their feet, spreading the virus.

People typically think of zombies as the stuff of science fiction. But in the biological world, zombies are all over the place, from the Ophiocordyceps fungus that perpetuates itself by zombifying ants; to Toxoplasma gondii, a single-celled parasite that completes its life cycle by leading rodents into the jaws of predators. Zombie viruses are also a real thing, influencing their host’s behaviour in ways that enhance the viruses’ evolutionary fitness.

One of us is a professor of psychology. The other is an emergency physician. Both of us are evolutionary medicine researchers. And we suggest to you that SARS-CoV-2, the virus that causes COVID-19

, is yet another zombie virus, a master manipulator operating under the radar. This pandemic may have unleashed a horde of the unsick: infected and unwitting victims of a manipulative virus.

How the virus turns us into the unsick

It is the unsick who spread the virus most readily. About 40 percent of those with SARS-CoV-2 are asymptomatic spreaders, never showing symptoms at all. And those who do show symptoms are most contagious in the two days before symptoms appear. Why people don’t feel sick earlier – or sick at all – might be part of the evolutionary strategy of SARS-CoV-2.

A look under the hood of the virus reveals more about that manipulative machinery. SARS-CoV-2 interferes with a person’s immune response; this is why people don’t necessarily feel sick and withdrawn as they would in a typical viral infection. Instead, SARS-CoV-2 silences the body’s alarm signals that otherwise would orchestrate anti-viral defenses. It blocks interferons, a set of molecules that help fight viruses. Interferon activity makes people feel more depressed and socially withdrawn – so when the novel coronanvirus impedes interferon activity, mood is lifted, sociality is increased and you feel less sick.

The virus also decreases pain perception. Normally, pain motivates us to hunker down when we need to heal. But SARS-CoV-2 blocks this response by preventing the transmission of pain signals. This is why people feel fine even when they are teeming with virus before the onset of symptoms.

At the same time, SARS-CoV-2 dampens the body’s response to infection. It hinders pro-inflammatory cytokines, molecules that help spur the immune response. This too makes hosts feel better than they should. Typically, feeling sick helps our bodies prioritize healing by making us reduce our energy expenditure. With SARS-CoV-2, unsick hosts have the energy to do as much as they used to, maybe more.

An evolutionary leg up

How SARS-CoV-2 evolved to manipulate humans is still speculation. The virus could have first evolved in other mammals, like pangolins. There, it may have acquired its immune-evading, manipulative machinery before jumping to humans.

No intent or thought is involved; SARS-CoV-2 is not scheming to take over your body. This is simply evolution at work, nothing personal. The virus evolves because of variation and selection. And in a pandemic involving hundreds of millions of infections and trillions of viral replications, plenty of genetic variants could give it an evolutionary leg up.

More research is needed to determine whether new variants make people feel unsick for longer. That, of course, would make it even easier for the virus spread during the asymptomatic phase. For example, a paper in the Journal of Transnational Medicine reported that the GZ69 variant is associated with high shedding rates in asymptomatic patients, meaning that people are highly contagious even when they are feeling fine.

It’s possible that SARS-CoV-2 might make people feel even better than they would without infection from the virus. One study found people did not reduce their time out in public even when they had COVID-19

symptoms. If anything, they went out more. Any variant that does this clearly has an evolutionary advantage when it comes to transmission. Using surveys and social media data, our research team is now testing whether people are more social during their most infectious days.

We must take seriously the possibility that the virus is zombifying us – altering our behavior in ways that help perpetuate it. By keeping people feeling good when they are capable of spreading the virus, SARS-CoV-2 spreads under the radar, more like a sexually transmitted disease than a respiratory virus.

Many of us have unwittingly acted as vehicles for its propagation, with stunning implications. Our behavior might not be in our own evolutionary interests. Instead, the unsick may be serving the virus.

Researchers often ignore the impact that viruses might have on our moods and behaviors. But like ants and rodents, humans are not exempt from the neural and behavioral hijacking that’s widespread in the natural world.

We believe that it is critical to consider the possible “anti-symptoms” of this virus: temporary reduction in pain, feeling more energetic than normal and perhaps even wanting to be around people more than usual. With all this in mind, here’s some advice, likely the most ironic you’ve heard in the last year: If you’ve been feeling surprisingly good the last few days, you might want to get a COVID-19