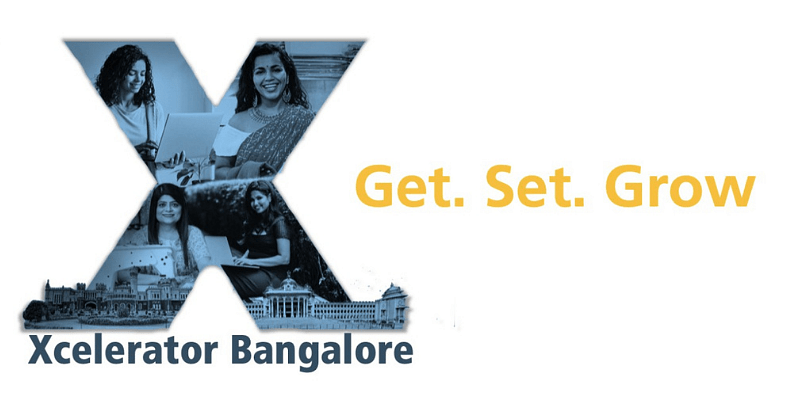 Karnataka chief minister B.S. Yediyurappa launched ‘Xcelerator Bengaluru’ developed by Global Alliance for Mass Entrepreneurship (GAME), Ubuntu Consortium and the Federation of Karnataka Chambers of Commerce and Industry (FKCCI), to focus on women entrepreneurship as a growth driver for Karnataka

Today, Karnataka is home to hundreds of organisations that are working towards strengthening the entrepreneurial ecosystem in the state. From policy advocacy, financial assistance, promotion and development support to promoting entrepreneurial talent, each of these organisations have different focus areas and strategies to achieve that goal.

Interestingly, while some of them like FKCCI were founded more than 100 years ago and have been actively promoting the cause of trade and industries in Karnataka by guiding members, helping in policymaking and deliberating on matters of regulation and taxation, others like GAME and Ubuntu Consortium are fairly new entrants. Established in 2017, GAME is a platform for mission-aligned partners to learn, innovate and collaboratively build a self-sustaining mass entrepreneurship ecosystem in India. Ubuntu was established in 2019 and is a B2B platform for women entrepreneurs that enables them to overcome adversity and grow their business. While driving impactful work, the efforts of many of these organisations have been siloed.

In October 2020, GAME announced a unique accelerator model for women-owned enterprises in Bengaluru, ‘Xcelerator Bangalore.’ The initiative aimed at giving impetus to India’s vision for more job creators, being economically self-sustained and reiterating that MSMEs were truly the bedrock for economic revival. Aiming to support Bengaluru-based women-owned growth businesses every six months to enable them to grow, the programme saw 24 women entrepreneurs being selected for its cohort.

On a mission to support 50,000 women entrepreneurs

With a goal to reach out to 50,000 women-led businesses in the next three years by bringing in more ecosystem stakeholders, GAME has now joined hands with Ubuntu Consortium and FKCCI. With the partnership, GAME aims to develop the Xcelerator initiative and expand it across the state. The initiative was formally launched by Karnataka chief minister B S Yediyurappa on March 10.

Addressing a gathering of women entrepreneurs and heads of different organisations working towards enabling socio-economic development, the chief minister emphasised on the state government’s focus on supporting growth-oriented enterprises and reiterated its commitment to support initiatives like the Xcelerator programme.

Recognising the potential of women entrepreneurship as a great force-multiplier for economic prosperity at the programme’s launch, BS Yediyurappa, said, “Entrepreneurship has always been one of the major driving forces for Karnataka’s economy and plays a crucial role in building an Atmanirbhar Bharat. This year’s budget has a robust policy framework and a vibrant ecosystem for women entrepreneurs. The Xcelerator initiative by Ubuntu, GAME, FKCCI and their partners is in tandem with the government’s vision which will provide an impetus to women entrepreneurship in Karnataka.”

In his address, he also drew attention to how the state’s FY21-21 budget had a special focus on women. The budget set aside a total allocation of Rs 37,188 crore for women-centric programmes. The programmes launched to assist working women and encourage entrepreneurship will cover brick-and-mortar stores and e-markets for products made by women entrepreneurs, assistance for women entrepreneurs manufacturing papads, pickles, roti, and spices, among others. Industry leaders pointed out how the chief minister’s presence and support for the launch underlines the state government’s commitment to further its women empowerment agenda.

With the country emerging out of an unprecedented economic crisis caused by the COVID-19 pandemic, programmes like ‘Xcelerator Bangalore’ mark a significant step forward in economic recovery and growth, said government, industry and ecosystem leaders. “The Xcelerator is an important step in catalysing growth for small and micro-enterprises. Our government is committed to supporting this initiative to scale 50,000 women-led enterprises in Karnataka. I invite all stakeholders to join hands in this mission by reaching out to anchor partners at FKCCI, Ubuntu and GAME,” said CC Patil.

In her address, Ratnaprabha was vocal about the role of women entrepreneurship as a much-needed growth lever for the country. She termed the FY21-22 budget as a gender-sensitive budget and was a dream come true for organisations working for women empowerment. She also highlighted the need for organisations working in the area of women empowerment and women-led entrepreneurship to come together, so that they can become a strong force which can drive impact.

Satya Venkata Rao, Deputy Managing Director of SIDBI shared that while SIDBI has been looked up to as an organisation that can help with financial assistance, it also provides promotion and development support. He called on women entrepreneurs to leverage this support as it can help them scale up. He added, “Several government schemes are implemented through SIDBI. So, reaching out to the local SIDBI branches can help women entrepreneurs leverage these government schemes.”

A model for women mass entrepreneurship

Inspired by the Scale Up® Programme by former Professor at Harvard Business School and also an Advisor to Xcelerator Bangalore Prof. Daniel Isenberg, who has implemented in other developing and developed countries like Colombia, Brazil and USA, Xcelerator Bangalore has today set the stage for expansion of a similar initiative across the state.

“Bengaluru has been the innovation and entrepreneurial capital of our country for a long time. And hence, we chose to start our Xcelerator pilot here. The entrepreneurs in this cohort were chosen after a rigorous selection process that focused primarily on growth mindset. With learnings from Xcelerator Bengaluru and partnering with ecosystem players like Ubuntu & FKCCI and the state government, we are excited to take this initiative to every district and help 50,000 women entrepreneurs scale ahead. We want Karnataka to define a model for women mass entrepreneurship” said Madan.

A game-changer in the higher education segment

The Quick Guide to Social Media Photo Sizes for 2022

Government says startups can use drones for delivery