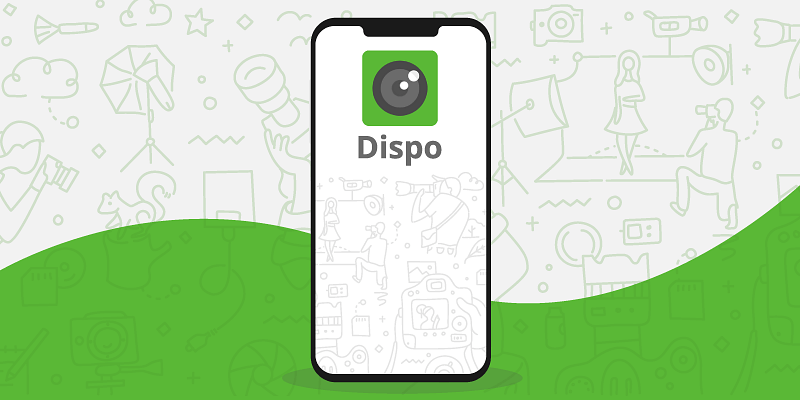 Is new tech making the old come back?

After the breakout success of Clubhouse that has revived the lost art of oral communication and intimacy of aural experiences, Dispo — another invite-only iOS app — is charming Silicon Valley and the world at large.

Dispo (short for ‘disposable camera’) is bringing back the nostalgia of retro film cameras, where you click pictures, wait for it to ‘develop’, and send them for print.

Sounds incredible, right? That, in the age of instant gratification, an app would bet on making users wait and still make investors go gaga?

Launched by celebrity YouTuber David Dobrik in Christmas 2019, Dispo quickly rose up the charts on Apple App Store, hitting one million downloads in a month.

By October 2020, when the Los Angeles-based startup raised $4 million in a seed round led by Reddit Co-founder Alexis Ohanian (through his VC firm Seven Seven Six) and other angel investors, it had crossed 2.6 million users.

Dispo is already estimated to be valued at $100 million, with Silicon Valley heavyweights, including Sequoia Capital, a16z, and Benchmark, reportedly taking investment interest in the app.

Dispo has been touted as the ‘anti-Instagram for Gen-Z’ for its focus on unpolished aesthetics (no ‘filters’ and ‘edit’ buttons in the app).

Essentially, it is an antithesis to what many call the ‘fake’ world of Instagram.

What is Dispo and how does it work

The app is built on the premise of letting you ‘live in the moment’ away from the noise and pressures of social validation (likes, comments, shares, selfies, etc.) that have come to define modern-day photo apps.

“Just open the app, take your photos, and wait for them to develop the next day… We’re bringing high quality film right to your phone,” Dispo states in its listing on Apple App Store.

Dispo turns your iPhone or iPad or iPod Touch screen into the back of a 90s disposable camera, lets you snap an image using a minuscule viewfinder, either in ‘flash’ mode or sans it, and helps you go back to living the moment.

The app sends you notifications after the photos are developed and ready to be viewed at a specific time, similar to actual disposable cameras of yore. There is an option to ‘send for print’ and create physical albums too.

Dispo also lets users invite others to their film rolls and stitch their own disposable photos to their roll. With shared film rolls, which can be either private or public, the app mimics a ‘social’ network.

In its recent iterations, Dispo has also added features like a selfie mode, direct export to Snapchat, and some other fun quirks that cater to its primarily millennial and Gen-Z user base.

Users can also pay a premium of $0.99 to make ads disappear. Dispo is compatible with devices running iOS 13.0 or later, and is rated 4.1 out of 5 on App Store.

The app is slated to roll out album co-creation and community features that will allow people to bond over a grainy film photo. Silicon Valley is calling it “humane tech”, a trend expected to define the next decade of social apps.

Why Dispo is generating buzz

Even though Dispo’s rollout has been limited to iOS devices, it has generated quick buzz and created FOMO among Android users — much like Clubhouse.

At a time when most experiences have gone online due to the pandemic, Dispo’s audacious bet on reviving the offline world and making nostalgia cool is rightfully turning heads. The app is letting users seek refuge in the comfort of ‘old times’ when the world is gripped by uncertainty and fear.

Grafton Tanner, a professor of communication at the University of Georgia, summed up Dispo’s appeal thus: “One of the things about nostalgia that’s not talked about much is that you can be nostalgic for something you didn’t live through. Nostalgia can show up by seeing a representation of something that is so different than the reality that you live in. There’s something about having a window into an alternative reality.”

It is this compelling ‘alternative reality’ that Dispo is cooking up on your phone screens successfully. If the App Store reviews are anything to go by, users are wowed by a photo app that doesn’t force them to think of captions or edits or ‘engagement’.

One could, of course, argue that Dispo’s popularity may slide once the post-pandemic offline world resumes, but it is hard to believe that raw authenticity and alternative reality will ever go out of vogue.

Add to that, the romance of retro photos. Dispo might be onto something big!

What is cryptocurrency? The basics and value of crypto explained in simple terms

Bridging the gap for autistic individuals

Infosys to create 500 jobs in Calgary, double workforce in Canada by 2023

‘Virtual work will be the future, even more than now’ – in conversation with Theresa Sigillito Hollema, author of ‘Virtual Teams Across Cultures’

a non-negotiable for startup fundraising

how it works and why it’s needed