An asteroid known as Bennu will pass within half the distance of the Earth to the Moon in the year 2135 but the probability of an impact with our planet in the coming centuries is very slight, scientists said Wednesday.

OSIRIS-REx, a NASA spacecraft, spent two years near Bennu, an asteroid that is about 500 meters wide, observing its size, shape, mass and composition and monitoring its orbital trajectory around the sun. 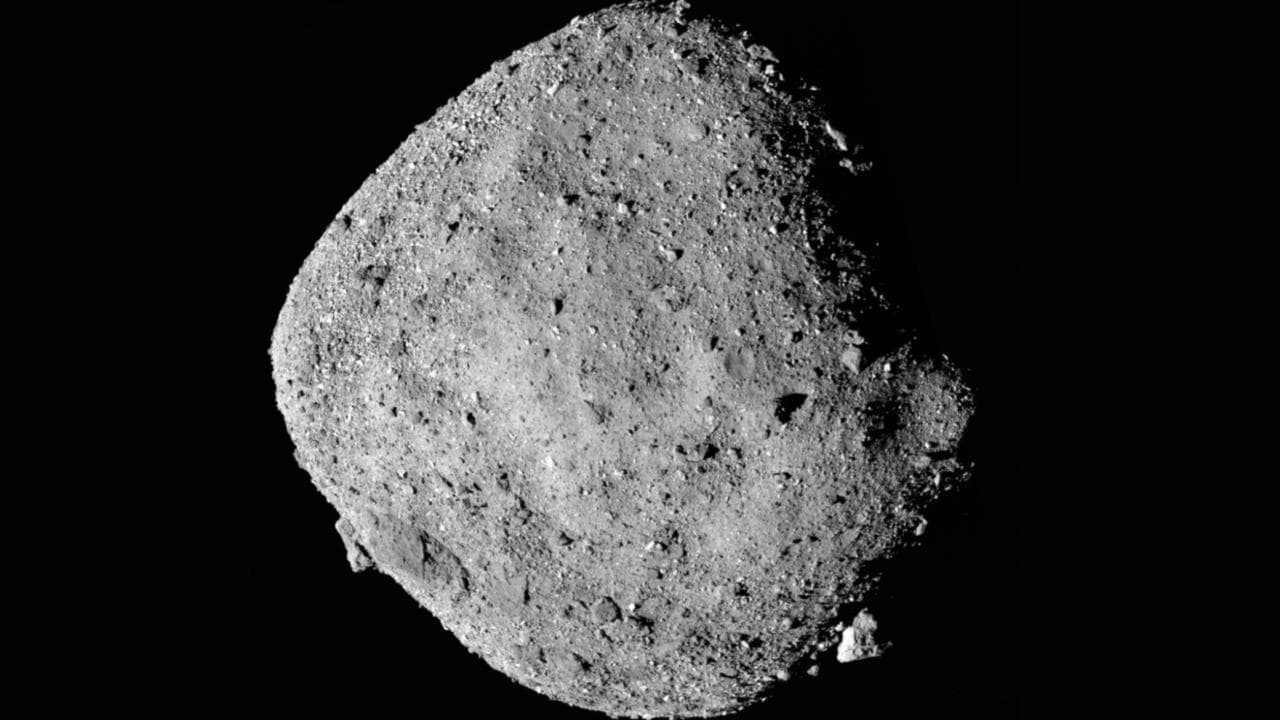 This image of asteroid Bennu is made from 12 PolyCam images collected on 2 December by OSIRIS-REx from a distance of 24 kilometers. Image: University of Arizona

Using its robotic arm, the spacecraft also collected a sample from the surface of the asteroid that will help researchers determine the future trajectory of Bennu.

The rocks and dust collected by OSIRIS-REx are scheduled to return to Earth on 24 September 2023.

Bennu was discovered in 1999 and is classified as a potentially hazardous asteroid.

It will make a close approach with Earth in September 2135.

Scientists want to figure out how Earth’s gravity and a phenomenon known as the Yarkovsky effect will affect its future trajectory and the potential for an impact on a subsequent orbit.

“The OSIRIS-REx data give us so much more precise information, we can test the limits of our models and calculate the future trajectory of Bennu to a very high degree of certainty through 2135,” said Davide Farnocchia, a scientist with the Center for Near-Earth Object Studies at NASA’s Jet Propulsion Laboratory in California.

“We’ve never modeled an asteroid’s trajectory to this precision before,” said Farnocchia, lead author of a study published in the journal Icarus.

“The impact probability overall is very small,” he stressed. “We shouldn’t be worried about it too much.”

Farnocchia said the risk from Bennu “is smaller than from the undiscovered population of objects of similar size.”

Researchers determined Bennu’s total impact probability between now and the year 2300 at about one in 1,750, or 0.057 percent.

“We are still looking for what we don’t know out there — the objects that haven’t been found yet,” said Lindley Johnson of NASA’s Planetary Defense Coordination Office.

Johnson said researchers were studying ways to redirect the orbit of an asteroid should it ever become necessary to do so.

But, Johnson added, “We really don’t think we need to do anything about Bennu.”

Entry-level F19 has its pluses, but cedes ground to the competition- Tech Reviews, FP