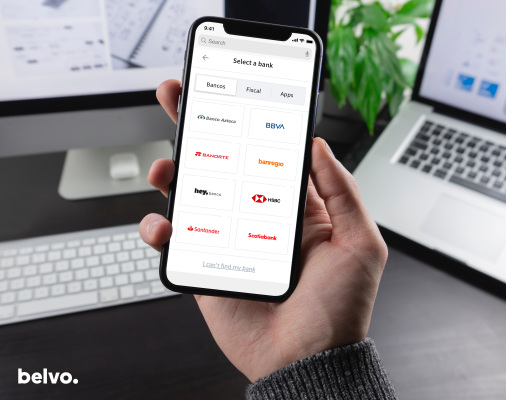 Belvo, a Latin American startup which has built an open finance API platform, announced today it has raised $43 million in a Series A round of funding.

Citing Crunchbase data, Belvo believes the round represents the largest series A ever raised by a Latin American fintech. In May 2020, Belvo raised a $10 million seed round co-led by Silicon Valley’s Founders Fund and Argentina’s Kaszek.

Belvo aims to work with leading fintechs in Latin America, spanning across verticals like the neobanks, credit providers and personal finance products Latin Americans use every day.

The startup’s goal with its developer-first API platform that can be used to access and interpret end-user financial data is to build better, more efficient and more inclusive financial products in Latin America. Developers of popular neobank apps, credit providers and personal finance tools use Belvo’s API to connect bank accounts to their apps to unlock the power of open banking.

As TC Senior Editor Alex Wilhelm explained in this piece last year, Belvo might be considered similar to U.S.-based Plaid, but more attuned to the Latin American market so it can take in a more diverse set of data to better meet the needs of the various markets it serves.

So while Belvo’s goals are “similar to the overarching goal[s] of Plaid,” co-founder and co-CEO Pablo Viguera told TC that Belvo is not merely building a banking API business hoping to connect apps to financial accounts. Instead, Belvo wants to build a finance API, which takes in more information than is normally collected by such systems. Latin America is massively underbanked and unbanked so the more data from more sources, the better.

“In essence, we’re pushing for similar outcomes [as Plaid] in terms of when you think about open banking or open finance,” Viguera said. “We’re working to democratize access to financial data and empower end users to port that data, and share that data with whoever they want.”

The company operates under the premise that just because a significant number of the region’s population is underbanked doesn’t mean that they aren’t still financially active. Belvo’s goal is to link all sorts of accounts together. For example, Viguera told TC that some gig-economy companies in Latin America are issuing their own cards that allow workers to cash out at small local shops. In time, all those transactions are data that could be linked up using Belvo, casting a far wider net than what we’re used to domestically.

The company’s work to connect banks and non-banks together is key to the company’s goal of allowing “any fintech or any developer to access and interpret user financial data,” according to Viguera.

Viguera and co-CEO Oriol Tintoré founded in May of 2019, and was part of Y Combinator’s Winter 2020 batch. Since launching its platform last year, the company says it has built a customer base of over 60 companies across Mexico, Brazil and Colombia, handling millions of monthly API calls.

This is important because as Alex noted last year, similar to other players in the API-space, Belvo charges for each API call that its customers use (in this sense, it has a model similar to Twilio’s). 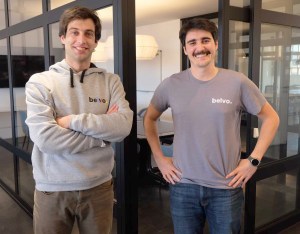 Also, over the past year, Belvo says it expanded its API coverage to over 40 financial institutions, which gives companies the ability to connect to over 90% of personal and business bank accounts in LatAm, as well as to tax authorities (such as the SAT in Mexico) and gig economy platforms.

“Essentially we take unstructured financial data , which an individual might have outside of a bank such as integrations we have with gig economy platforms such as Uber and Rappi. We can take a driver’s information from their Uber app, which is kind of built like a bank app and turn it into meaningful bank-like info which third parties can leverage to make assessments as if it’s data coming from a bank,” Viguera explained.

The startup plans to use its new capital to scale its product offering, continue expanding its geographic footprint and double its current headcount of 70. Specifically, Belvo plans to hire more than 50 engineers in Mexico and Brazil by year’s end. It currently has offices in Mexico City, São Paulo, and Barcelona. The company also aims to  launch its bank-to-bank payment initiation offering in Mexico and Brazil.

But it’s seeing “a lot of opportunity” in other markets in Latin America, especially in Chile, Peru and Argentina, Viguera told TC. “In due course, we will look to pursue expansion there.”

Nicolás Szekasy, co-founder and managing partner of Kaszek, noted that demand for financial services in Latin America is growing at an exponential rate .

“Belvo is developing the infrastructure that will enable both the larger institutions and the emerging generation of younger players to successfully deploy their solutions,” he said. “ Oriol, Pablo, and the Belvo team have been leading the development of a sophisticated platform that resolves very complex technical challenges, and the company’s exponential growth reflects how it is delivering a product that fits perfectly with the requirements of the market.”

Compare The Best Payment Methods For Your Ecommerce Site