The average ticket size for essentials is around INR 1,500 for this service, Future Group’s executive said 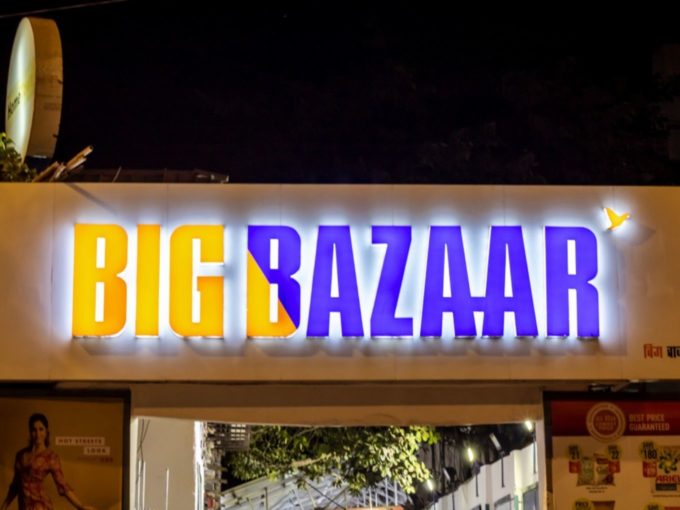 Future Group’s brick-and-mortar superstore chain BigBazaar is all set to take on ecommerce giant Amazon and Flipkart, by ramping up its two-hour home delivery service pan India. Such services will also pit the company against online grocery delivery companies like BigBasket (being acquired by Tata) and Grofers.

The Kishore Biyani-led company is looking to onboard more customers, as Covid-19 cases continue to rise and people are switching to home delivery services. Not only BigBazaar’s employees will be doubling as delivery agents for this venture, the company has also tied up with several undisclosed hyperlocal delivery companies.

A senior executive at Future Group told ToI that their average ticket size for essentials is around INR 1,500 for this service, which is far higher than that of online-only players in the space. The executive also emphasised that no other player currently delivers in two hours.

The Biyani-led company will also be launching a marketing blitzkrieg that will allegedly take potshots at Amazon, which has been causing legal hurdles in Reliance’s INR 25K Cr acquisition deal with Future Group. While Amazon has been running an advertising campaign since 2016 with the tagline ‘India ki Apni Dukaan’ (India’s own shop), BigBazaar’s tagline will now reportedly read ‘India Ki Asli Dukaan’ (India’s original shop).

The company has also decided to play around with the word ‘Amazing’ by using terms such as Amazon Services, Amazon Prices, Amazing Products and Amazing Deals, the above-mentioned executive said.

The legal battle between Amazon and Future Retail dates back to August 2020, after Mukesh Ambani-led Reliance agreed to buy Future Group’s retail, wholesale, logistics and warehousing divisions for INR 24,713 Cr. Soon after, Amazon, which had about 3% stake in Future Retail through investment in Future Coupon, objected to the deal.

The US-based ecommerce giant served Future Group a legal notice, arguing that it was violating the non-compete clause in its contract with Amazon. Amazon has contended that according to its contract with Future Group, the sale of the business to certain companies, including Reliance is barred. On this ground, it won a temporary injunction against the deal from Singapore International Arbitration Centre’s (SIAC) in October 2020.

The case is currently being heard in the Indian Supreme Court and the Delhi high court, along with the SIAC. While the Supreme Court has pushed back the hearing till July 28 this year to focus on more pressing matters as India faces a healthcare crisis, SIAC is likely to give its final verdict in the meantime.

Notably, the contractual agreement between Amazon and Future Group specified that any dispute between the two parties will be subject to the jurisdiction of SIAC and its decision shall be binding. Indian courts may also have to consider legal validity and enforceability of the award.

What is Customer Experience and Why Is It Important?

PicPay, the Brazilian mobile payments platform, files for an IPO on Nasdaq – TechCrunch

FAME II To Be Extended Till 2024, No Additional Fund Allocation Likely