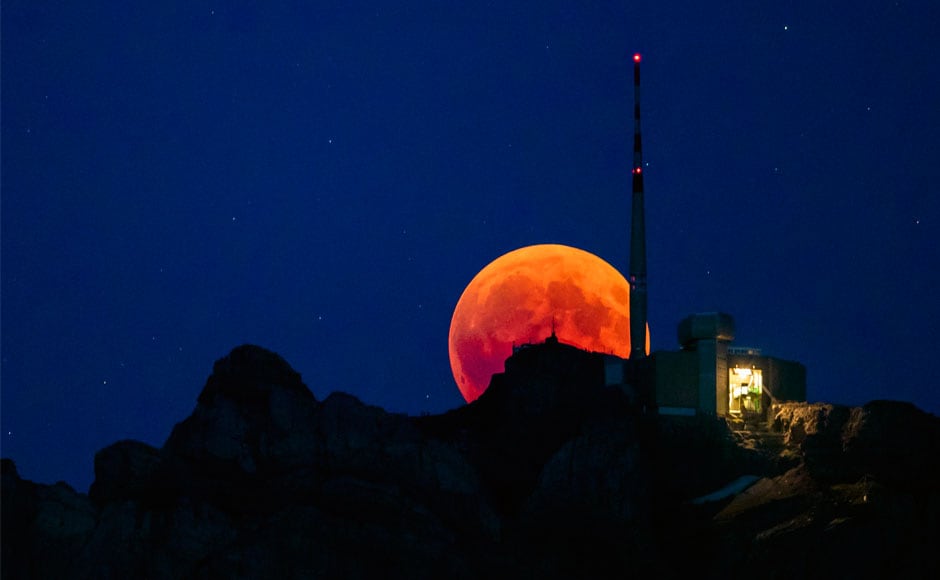 A total lunar eclipse is also called the Blood moon because of the reddish tinge that appears on the moon during a eclipse.

The full moon will be the closest to Earth on Wednesday night, 26 May. The Super Blood Moon will be visible to people in South and East Asia, Australia, most of North America, South America, Pacific, Atlantic, Indian Ocean and Antarctica.

The eclipse will be at its peak at around 4:49 pm IST. It will start at 2:16 pm IST and between 4:41 pm IST to 4:56 pm IST, the surface of the moon will be completely covered by Earth’s umbra. This is the time when it will be visible.

There will be two lunar and two solar eclipses this year. When the moon gets in between the sun and the Earth, it causes a solar eclipse. The next eclipse will be a partial lunar eclipse that will take place on 19 November. The solar eclipses will occur on 10 June and 4 December in 2021.