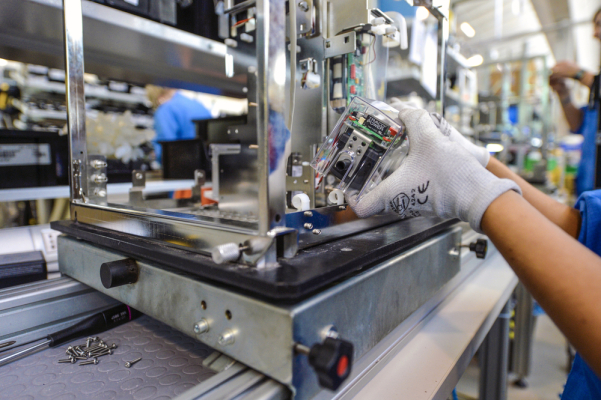 Igor Marinelli and Gabriel Lameirinhas were raised around manufacturing plants. Marinelli’s father worked for International Paper in a plant outside of Sao Paulo while Lameirinhas’ father worked in a cement plant.

Throughout their lives, the two friends had heard their parents complain about the sorry state of maintenance and monitoring of the heavy equipment that their factories depended on to stay up and running.

So the two men decided to do something about it, and set about to develop the technology which would become Tractian.

Friends from their days at University of Sao Paulo, Lameirinhas and Marinelli kept in touch as Marinelli pursued a career in the U.S. as an entrepreneur, they reconnected in Brazil after the collapse of Marinelli’s attempt to launch a predictive chronic health condition service called BlueAI.

Marinelli spent some time working in a paper plant himself and became a software engineer for the facility. It was there that he saw the shoddy state of affairs that industrial monitoring tools were in.

Together with Lameirinhas he determined that there could be a better way. Factories in Brazil aren’t equipped with wifi or gateways or other networking technologies that the newest solutions from companies like Siemens or Schneider Electric require. Integrations with existing enterprise resource planning software from companies like SAP present another headache, said Marinelli.

“Only industries with huge capital can go through that mess,” Marinelli said.

Tractian’s sensors measure four things: vibration, temperature, energy consumption and a horometer to measure how long a machine has been up and running. The company has also developed software that can analyze the data coming off of the sensors to predict when a machine might need maintenance.

Y Combinator found the software and hardware package compelling and so did investors like Soma Capital, Norte Ventures, and angel investors including Alan Rutledge and Immad Akhund.

Tractian’s tech costs $90 for the sensors and the analysis and software is another $60 per month, per sensor. Marinelli claims that the service can pay for itself in less than two months. Already, the company has signed up AB InBev as an initial customer and has roughly 30 buyers in total using its sensors.

Swiggy to start pilot for deliveries through drones

How Digital Brands Can Tackle Warehousing And Fulfillment Challenges

Here’s How to Be a Tax Savvy Tradesperson

You can see fires, but now Qwake wants firefighters to see through them – TechCrunch